The good news is that the measles epidemic appears to be waning. With the death toll slowing down since Christmas and most of the international medical volunteers having returned, life is slowly returning to normal for our country after what has been an extremely tragic few months.

A week ago, Cabinet lifted the measles-imposed state of emergency after a special meeting. The decision also came with the announcement that Cabinet had approved the “State of Recovery for Samoa to commence immediately."

We were also told that the Ministry of Health and the Ministry of Foreign Affairs had been tasked with the preparations of the Recovery Plan to be tabled for Cabinet’s consideration.

Monday being the first official day of work for the Government in 2020, we expect to see the Recovery Plan by the end of the week or possibly next week. The Recovery Plan is going to be so critical especially at the tail end of a crisis that affected all areas of life in our small country, costing precious lives and millions of tala.

In the meantime, the nation, especially the hundreds of measles victims, continue to seek answers as to how a disease that could have been prevented was allowed to claim this many lives. As your newspaper has said time and time again, far too many lives have been lost in this crisis. To have 83 precious lives, the majority being innocent children, ended prematurely by a disease we now know could have been prevented, is inconceivable.

It is where the call for a Commission of Inquiry to investigate the circumstances is not only timely; it is the right thing to do. The sooner the better. We are in a new year and the thinking at this time often tends towards beginning afresh. That’s understandable.

But let's not kid ourselves here, there is some unfinished business we need to settle and that includes getting to the bottom of the measles crisis. Last year, a leading voice in medical circles in Samoa, Tole’afoa Dr. Viali Lameko, added his weight to the call.

“As a public health senior medical officer too, I am interested in the factors which could have led to the current measles epidemic, which claimed the lives of many young children in our country in just a short period of time," Toleafoa said then. “I am not here to attack anyone or any sector, but perhaps it is time to return to the drawing board and ask some serious questions about the health profile of our population.”

In the first Sunday Samoan of 2020, Toleafo’a backed up the call with a letter to the editor that should be read by everyone.

Titled “The waning measles epidemic and where to from now”, Toleafoa wrote:

“Never again.  The measles epidemic is winding down and it will never happen again. With 95 percent of the population immunized, thanks to the heroic efforts of the Honourable Prime Minister, the National Emergency Centre, and the Ministry of Health leading the scores of volunteer organizations from around the world, the measles epidemic is behind us and never will re-emerge.

Now is the time for examining what happened and why:  fact-finding, not fault finding. Neither finger-pointing nor politics. We must respect the bold actions taken by our leaders. As a physician and a public health professional as well as a father and a friend, I am concerned that our focus should remain on the lessons learnt from the tragedy that has befallen so many of our fellow Samoans.

It is important to know, however, that the long-term cure to avoiding similar crises lies well beyond the Ministry of Health.  Contributing factors include water and sanitation, the environment where people live, malnutrition, education, and the country’s economy.

When the time is right, may our doctors and our public health officials come together to find solutions to prevent future tragedies. A healthy Samoa depends upon it.”

We couldn’t agree more. The call for a full Commission of Inquiry, an independent one at that too, is more than a legitimate point; it must be done for the sake of transparency, accountability and good governance, as this Government claims to be its mantra.

Lastly, we thank the good doctor for acknowledging that the “contributing factors include water and sanitation, the environment where people live, malnutrition, education, and the country’s economy.”

Doesn’t that sound like something we’ve been talking about before? The writing has been on the wall for a while. How can we forget the first State of Human Rights Report for Samoa, which identified undeniable poverty in this country?

Here, take another look. The report reads: “Despite progress in big picture economic growth and within high level development framework, there is disparity in development outcomes particularly in rural and remote areas.

“Approximately 20 per cent of Samoa’s population lives below the basic needs poverty line (B.N.P.L), with the higher proportion of rural populations falling below the B.N.P.L. Basically, this means that about 1 in every 5 Samoans lives in poverty.”

The report, by the way, was sanctioned by the Government and launched by Prime Minister Tuilaepa Dr. Sa’ilele Malielegaoi himself. He even called for the formation of a Parliamentary Committee to follow up on the report’s recommendations. Now, what has happened to that? Stay tuned! 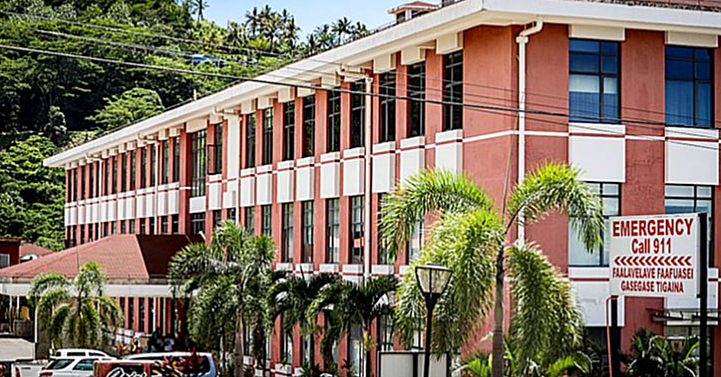