A search on Google Images for ‘hacker’ brings up a variation on the same theme of solo, hooded, largely male looking figures hunched over a keyboard, lines of computer code crossing their screens.

But is that all a coder really is?

Not according to the “hustler” behind Girl Geek Academy, Sarah Moran, who in red lipstick and a fruit adorned dress is part of a movement sharing the side of coding that is social, fun, and collaborative.

Ms. Moran, who co-founded the five-year-old organisation Girl Geek Academy, from Melbourne, is in Samoa to launch a branch here, starting with a pilot workshop for girls and their mums this Saturday.

The idea is simple: get girls together to explore an exciting new world, and offer them a chance to try a career path they might not have thought of before.

“Tech is not being sold to young people as a career path because we don’t know how to sell it. We know what a scientist looks like, a hairdresser, you can picture a baker in their job. But can you picture what a technologist does?," she said.

“What even is that? Because we don’t know what it looks like it’s hard to want to be that."

Computer coding, in its simplest form, is writing instructions for computers and computer programs. It’s a language Ms. Moran learned to write when she was five years old on some of her school’s first computers, so she knows children can – and should – learn it.

In the nearly 40 years since the internet was developed, the information technology (I.T.) sector has been predominantly full of men.

When it comes to creating new products, international statistics show just two per cent of all I.T. patents were filed by women-only developer teams, while 88 per cent were made by male-only teams.

In 2015, the National Centre for Women and Information Technology in America reported that women hold one-quarter of all I.T. jobs, a proportion that has even been declining since 1991.

Of those women, just 21 per cent call themselves computer programmers and 18 per cent are software developers.

“We run all-girl classes: not to exclude boys, but so that girls know that coding is something that girls do. There is a lack of women in technology but that’s not the message we give to them – we are not reinforcing that women don’t do things, we are trying to really change that language,” Ms. Moran said.

“If you have a whole heap of people that all think the same, you end up solving less problems. You have a lesser range of thinking to be able to solve those problems.

“It also makes for a healthier environment.”

In Samoa, girls and their mothers, aunts or grandmothers are invited along learn to code too and help build a thriving passion for the work at home, will get their first taste of Girl Geek Academy’s #MissMakesCode programme on Saturday.

Ms. Moran is working with Vaitele-Fou’s Tagiilima Neemia, who, fresh out of her Master's in Cyber Security, wants to help young Samoan women find the same love for tech that she does.

The session will be free and will include important elements of cyber safety and life online. It will aim to teach the skills needed to write basic code such as building and customising their own game or choreographing an animated character’s dance. 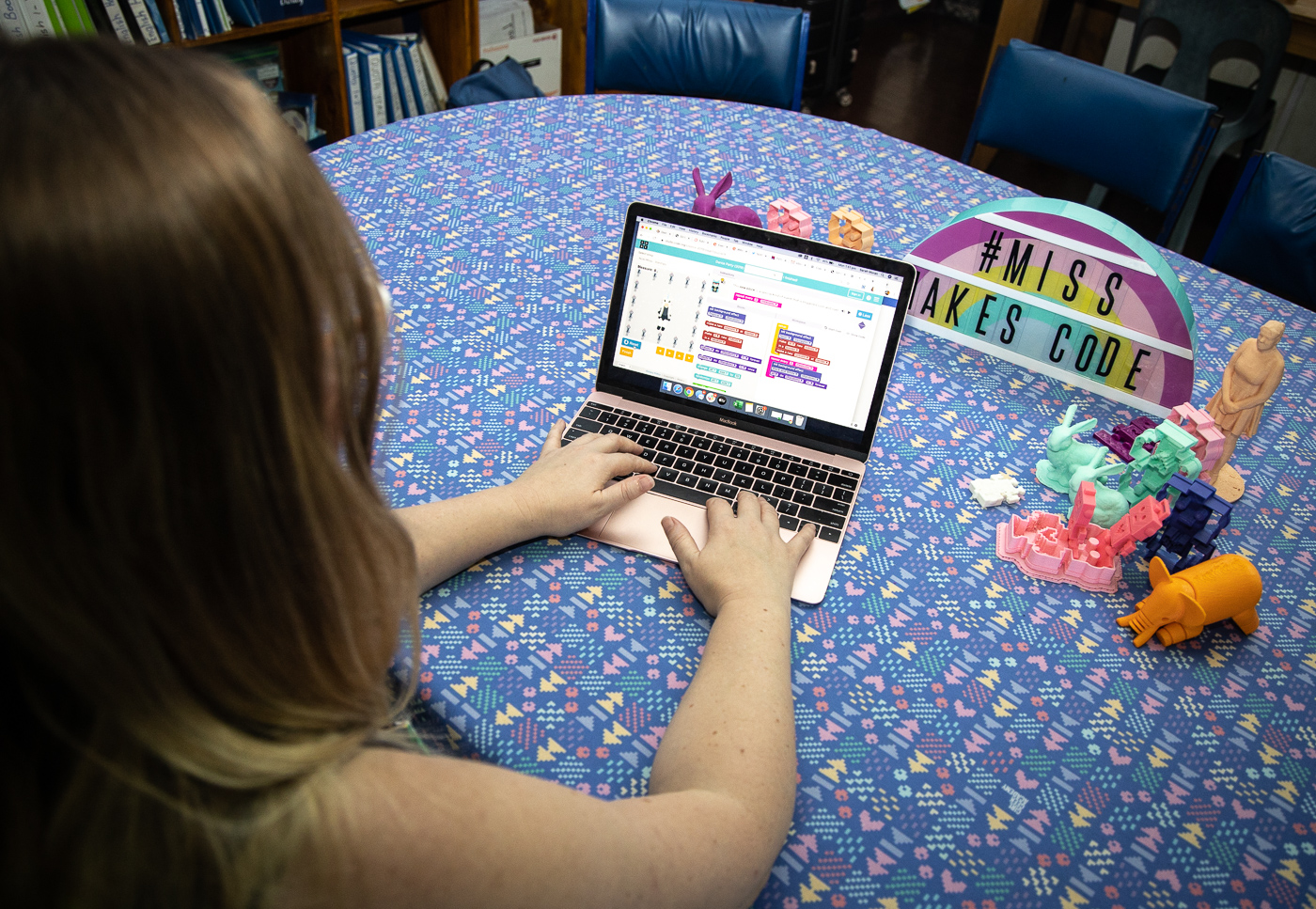 “The first place we start is around what even is coding?," Ms. Moran said.

“The experience we hope to convey is that building the internet is fun, and happy and it can be a really beautiful part of your life."

Importantly, Ms. Moran wants the workshop to connect the girls and their mothers to each other, make new friends and possibly future innovation partners.

Ms. Moran said when she met Ms. Neemia in Melbourne at the Australian Awards Women’s Leadership Initiative, they became like sisters.

“The similarities are very strong and actually it’s like having a second brain – so far we’ve just agreed on everything, that is how we’ve been able to do everything so quickly,” she said.

Girl Geek Academy was born on International Women’s Day in 2014 with a mind to run 'techy' events, training and networking in a way that better-suited women's needs. Their male colleagues at that time couldn’t understand why women weren’t attending their events, Ms. Moran said.

There was too much beer and pizza, she said. So, she and four co-founders created something a little different: with lighter food, more water and a lot more sunlight.

“It’s very different to the stereotypes about what we think about technology and coding, we think of a hacker image alone in the dark but for me it was always me and my friends having a chat about what we were building, and how to get better," she said.

She said I.T. and coding education needs to change all the time, almost at the pace of the technology being built by it. Repetitive teaching quickly becomes boring and can put young children, like the girls the Academy is trying to capture, off the idea of learning to code, Ms. Moran warns.

“It’s a risk we are seeing in Australia and it’s a risk I would like to leapfrog here [in Samoa] altogether, if possible. You don’t want coding to be uncool," she said.

“Our computers are cool – we do cool stuff, we take cool photos, we make cool videos: tech itself is cool, so building the tech needs to stay cool too.”