Samoan-born All Blacks prop, Nepo Eti Laulala responded to a courtesy call from the Prime Minister, Tuilaepa Dr. Sailele Malielegaoi, while he was in the country for a holiday.

During the meeting, the 28-year-old presented his World Cup All Blacks signed jersey plus $2,000 cash to Tuilaepa as a donation to the Marist Sports Club.

But the connections between the All Blacks rugby player and the nation's Prime Minister run deeper than just a shared old pupils' club.

The softly-spoken tighthead prop was also educated at Auckland’s Wesley College and is one of eight siblings.

He made his Investec Super Rugby debut in 2013 for the Crusaders after impressive provincial seasons for Canterbury and was called up to the All Blacks for the first time in 2015. He made his international debut at Apia Park in that year's New Zealand-Samoa clash. 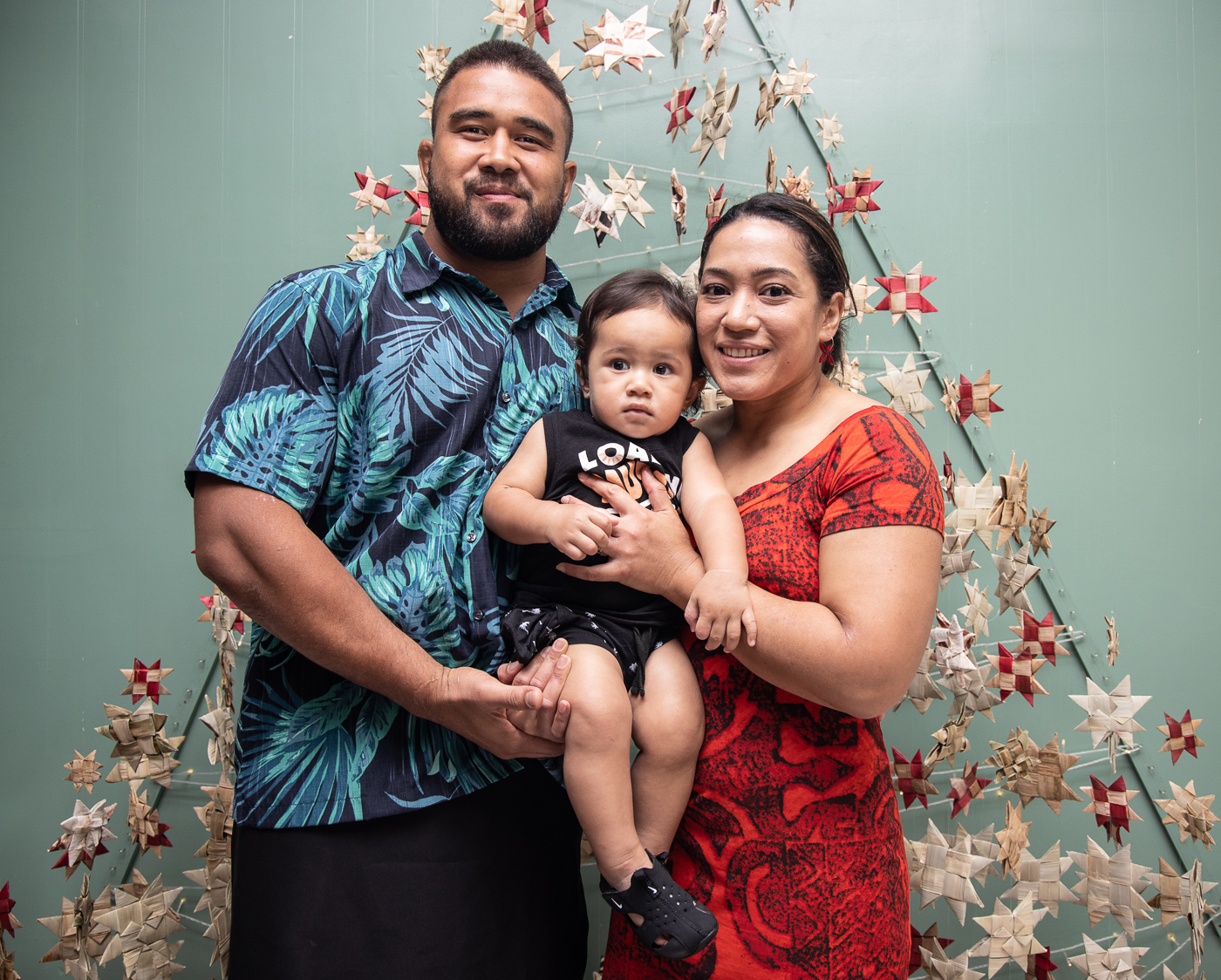 The rugby talent in the Laulala family runs deep: eldest brother Casey was also an All Black (he played two Tests in 2004 and 2006), while brothers Ray and Luteru have played for Counties Manukau.

The son of Tuiafelolo Eti and Avarua Laulala of Siusega, Laulala is married to Lorianna Devoe. They have one son.