One of the homes belonging to Eleni Timo has already been demolished (Photo: Aufai Areta Areta)

A number of families at Sogi have demolished their homes and are on the move.

In doing so, they have decided to adhere to the call from the Government which gave them the last day of December 2019 to relocate.

The families include some of the Tokuma descendants, who say they have accepted the offer to start a new life and to rebuild on Government land at Tafa'igata.

Eleni Timo, a 39-year-old mother who grew up in Sogi, said her decision to move to Tafa'igata is for the best interest of her children.

The family of 10 has already demolished their small shop and one of two family houses at Sogi.

“It was hard to make the decision [to leave] because my mother is 72-years-old and she told me she will stay here,” Ms. Timo told the Samoa Observer.

“I personally feel that my decision to write my name on that paper to move is me thinking about my children’s future."

Ms. Timo said sea level rising is having a big impact on Sogi and was a major factor behind her deciding to relocate.

“When the tide rises here the water comes up to the doorstep of the house and I fear that one day one of my young children might drown here…it’s for the best [to relocate],” she said.

Asked about her mother choosing to remain at Sogi, Ms. Timo said she will do what she can to convince her to leave.

“I won't leave her here alone,” she said.

“My mother can’t walk, her legs are not good but I will do what I can to take her with me.

“That is also the other reason why we took down the other house and left this one is because of her.”

Ms. Timo said she had a lot of childhood memories at Sogi and she will cherish it.

For now, the mother of seven said her decision is based on what she feels is best for her family and their future. 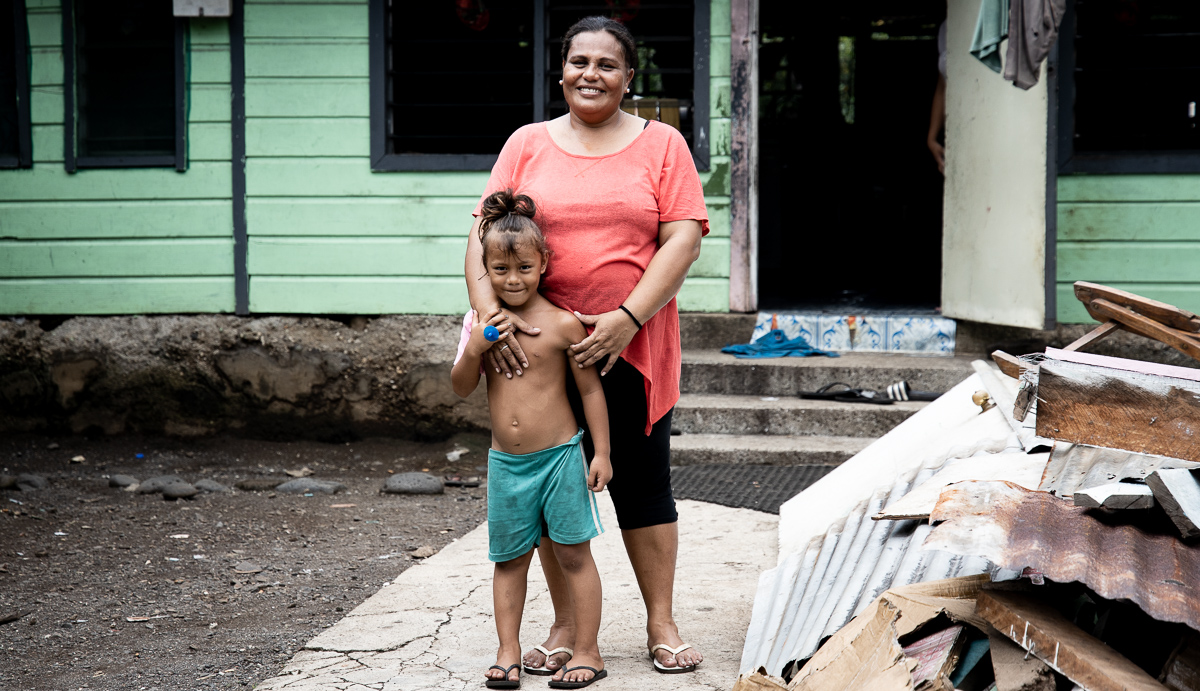 Now that the family has demolished some of their homes, Ms. Timo said she is waiting for compensation from the S.L.C. as part of an agreement for them to leave the area.

She said the agreement with the corporation is for the families to demolish their homes before they can be paid out.

“We need the money so we can start connecting our water and electricity at Tafa'igata,” she said.

“It's not easy to get up and rebuild again and we do hope that they can assist us in terms of providing machines to clear the land and water and electricity connection.”

Ms. Timo did not want to reveal how much the S.L.C. had agreed to pay the family.

But she explained that it is is based on their assessment of the family homes and assets.

Just down the road from Ms. Timo, another family appeared to have already left with half of the house demolished.

Meanwhile, the homes of some of the Tokuma descendants remain and are unmoved despite the deadline given by the Government to vacate the land by December.

Attempts to get a comment from S.L.C. Chief Executive Officer, Ulugia Kavesi Petelo, were unsuccessful.

He was on an inspection visit to Tafa'igata yesterday when he was contacted for a comment.

He asked to return the call later, which was done but he did not answer.

S.L.C. met for the last time with the families in Sogi beginning of December.

During a recent interview with Ulugia, he said the meeting was to remind the 20 families of the deadline given by the Government for everyone to be relocated by January.

The Tokuma family was the only family that did not attend the meeting last month, an indication they have not accepted the call from Government, said Ulugia.