The Australian police woman became known as “the prolific tourist”; someone who made a trip to Samoa nearly every eight weeks. But later something else made her a unique presence, something that traveled with her: 4,000 boots especially for local farmers.

Jo Mikarna is a Police Officer at the Victoria Police Service, working in the country’s second-largest city, Melbourne.

Her dedication to the cause of finding reusable Australian boots a new home in Samoa began simply enough: a friend in Samoa requested she bring him a pair of work boots on her next trip.

Ms. Mikarna told her friend that, while she could not afford boots, she would look around the office.

She quickly realised how many unused pairs of perfectly good work boots were sitting disused and waiting to be recycled at Police stations across Australia.

The Australian has since provided the Ministry of Agriculture and Fisheries (M.A.F.) 4000 boots and 500 pairs of work trousers – from her Police unit in Melbourne and every department across the state – with the hope it would also be distributed to vulnerable and low-income Samoan farmers.

Her wish was for the boots to be distributed to vulnerable and low-income farmers, who do not have the money to purchase boots to protect their feet from the elements.

She estimates that the boots and trousers are worth AUS$1.6 million dollars.

“We’re protecting the kids’ feet in the sense that they won’t need hospitals as quickly if they are [not] standing on [dangerous] things,” said Ms. Mirkana.

The boots are of high quality, and not “rubbish” being thrown away by Victoria Police, Ms. Mikarna said.

She has had her own pair for more than 10 years and they remain in great condition and conducive to the Samoan climate perfectly, she says. 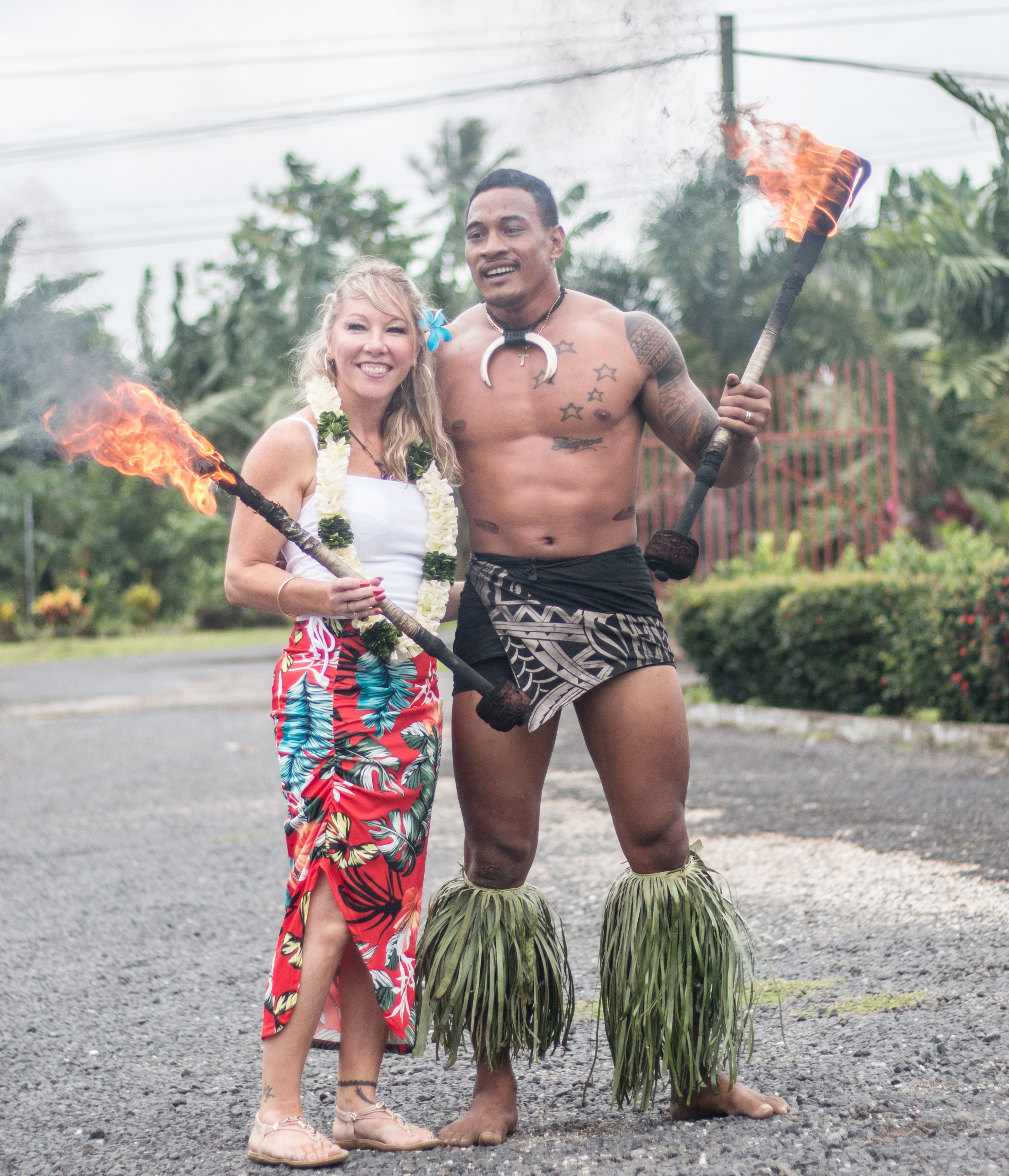 “I think it’s a really great example of someone who has visited here, and gone away and worked really hard to get resources together and make a big difference in people’s lives,” Ms Moriarty said.

Ms. Mikarna was able to donate pairs off boots to local farmers and families who had featured in this newspaper’s Village Voice column.

Three Village Voice families were the recipients of the donated boots.

One of the recipients of the boots was 35-year-old father of four, Ronny Tamaese from Falefa, whose family’s plight was featured in the regular Sunday Samoan feature.

“As a farmer, these boots will be used to assist with carrying out my work in the plantation; words fail to express how thankful I am,” he said.

“I pray that God will continue to bless those that made these gifts possible, not every day you get the chance to have brand new boots.”

“And judging by the looks of it, the cost for these must be expensive, I also acknowledge the work Samoa Observer does in being the voice of the people in need”.

“I feel as I have been 21 times in five years honoured to be recognised as a local and now nominated by the [nation’s] leading [news]paper.

“I follow Samoa daily through the Observer when I am not home. With [these] newspaper [updates] I am able to keep connected with my chosen home.

“By being connected I know where I can help even if it is just spreading the love”.