A total of 52 people have been arrested since the Police began a festive season crackdown on offences such as drink driving, assault, burglary and domestic violence.

The Police Commissioner, Fuiavailiili Egon Keil, said in an interview that the group had been arrested during a period of December 23 to December and comprised 47 men and five women.

“Fifty-two arrests over three days is a very high number," Fuiavailiili said, of the operation which runs until January 4.

The Commissioner called for harsher penalties to be imposed on motorists who drove recklessly or while impaired behind the wheel.

“Punishments and laws around drunk driving need to be harsher," he said.

"The roads going to the Faleolo Airport have been fixed and that has [prompted] tendency for drivers to drive faster.”

He urged motorists to drive safely and to adhere to speed limits during the holiday season because of the greater number of pedestrians lining the road.

“Claiming a child’s life from speeding will have you regretting [your choices] for the rest of your life," the Commissioner said.

“We are working on mitigating incidents occurring on the road to the airport. We will be deploying more vehicles to patrol it and [there will be] more enforcement [on] the road.

“We have conducted drunk driving checkpoints but it’s very hard to do because of the weather so we do roaming drunk driving [patrols] and we [have] visited some bars.” 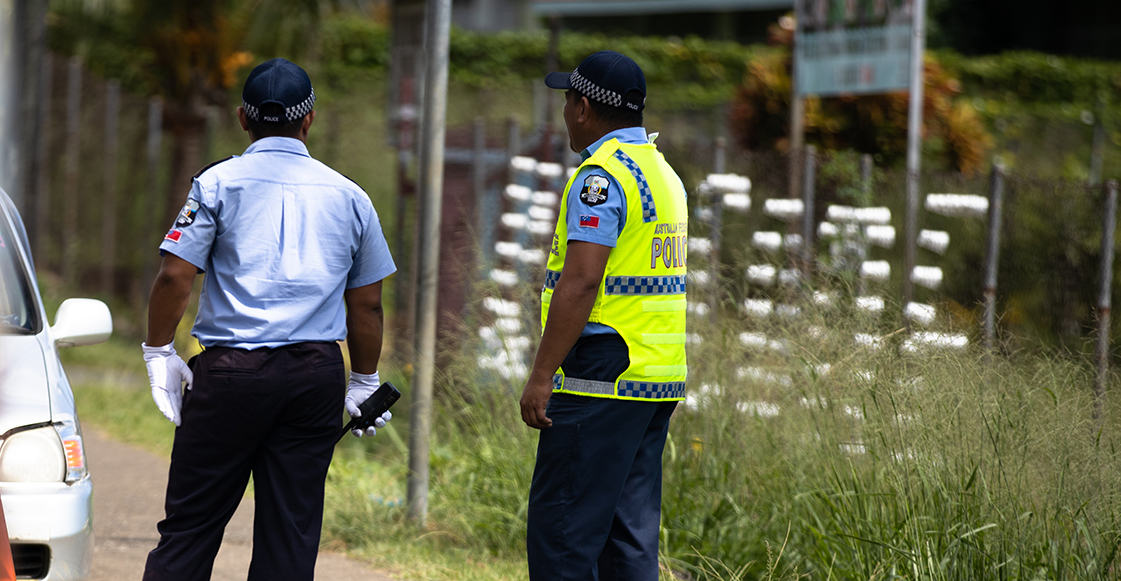 Fuiavailiili said that Officers had also been stopping cars fitted with extra lights and which were playing loud music. Earlier this month the Commissioner identified extra car lights as distracting accessories which posed a risk to road safety and should be banned.

“We are [going to be] doing more roadblocks when the weather clears up; if not we will roam around and do stops," he said.

“We are writing more tickets than ever before, we have a lot of police officers out in the streets and also the outposts as well they are told to enforcing traffic laws and look out for those speeding.

“Among other things we are [continuing] regular duties such as responding to 911 calls [and] patrolling the beaches for people drinking.”

The Police Commissioner said that the festive season has typically also been a dangerous time on the nation's beaches as swimmers can readily be taken by rip tides.

“That is something people need to watch out for because so many [...] families and friends [are] going to the beach," he said.

“[We're all for encouraging] good times [...] but you have to be very careful with the rip tides because some people who don’t know how to swim just stay out in the sea but [... they often] don’t know what to do when they are caught by a rip tide.

“Parents: please watch out for the children when going out to the beaches. Just enjoy responsibly during this festive season.”

The Public Service Commission (P.S.C) responded to a call for improved customer service across the public sector with a training last week. Held at the Samoa Shipping Services Conference Room at Savalalo, it was attended by twenty participants from various State-Owned Enterprises.

Papauta supermarket closed for expired products back in business

The Best Value supermarket at Papauta, closed by authorities after it was found to have been selling expired food products, is back in business.