Wolfpac A.T.V. Tours has become the first business to offer quad bike tours of the island after opening at Leauvaa with the promise of showing tourists a different side to life in Samoa.

“Prices are $150 per bike with only one person but $50 for extra rider on the same bike but we have a total of five quad bikes available,” said Mr. Wolf.

The trips are not without restrictions: riders are not allowed to operate an all terrain vehicle or quad bike without a valid driver's licence or if their weight exceeds 190 kilograms. 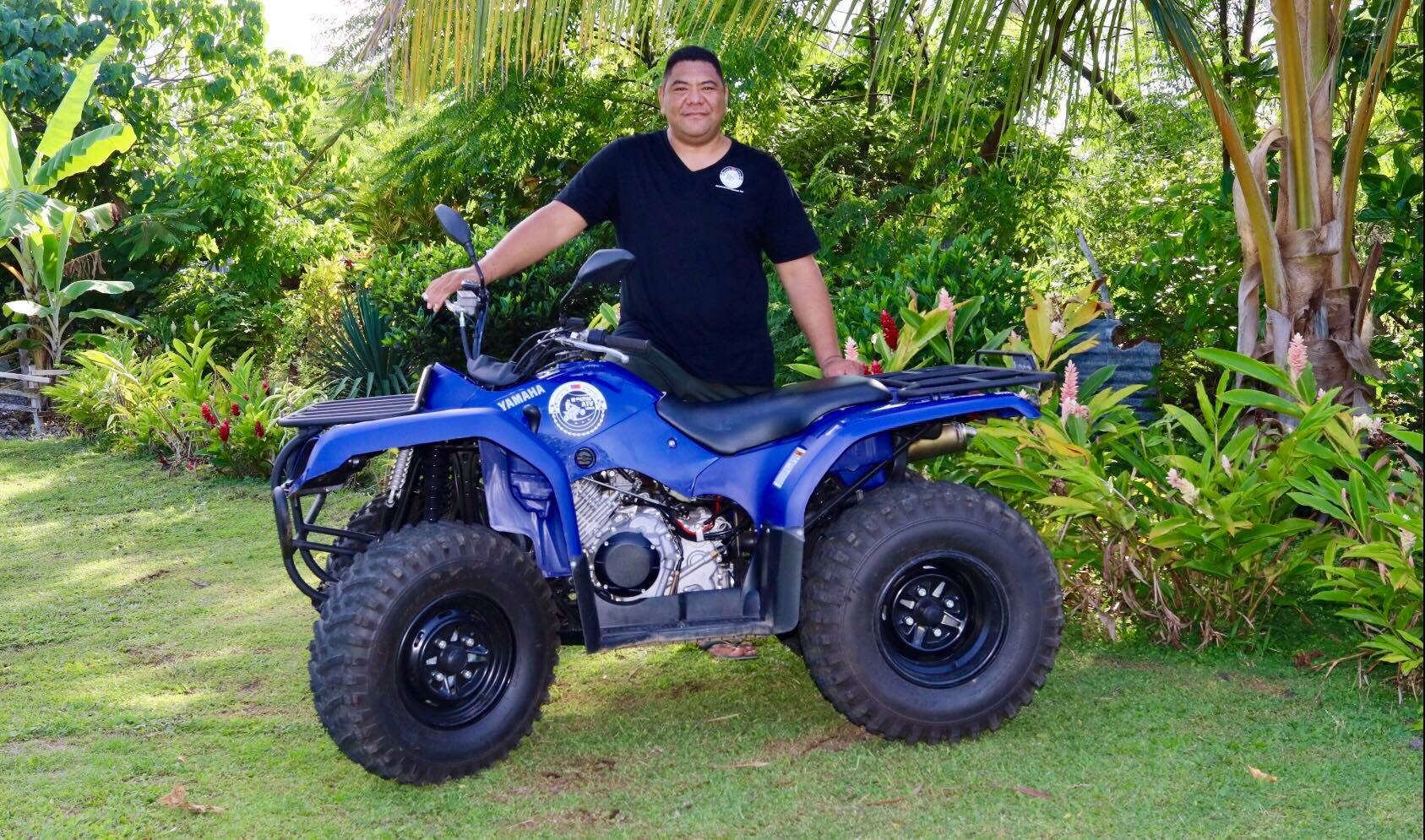 Mr. Wolf said each session will run for two to three hours with a route that is 80 per cent off-road and the rest on the main roads.

“It was a long process trying to setup the business. When we came around February last year we had to do a lot of market research before we even thought about bringing the bikes here," he said.

“We also had to discuss our business with the Prime Minister, the Land Transport Authority and Tourism Minister.”

Mrs. Wolf said that they wanted to offer tourists the chance to see a new side of Samoa different to beaches and resorts.

“We wanted to show them the other side of the island such as working plantations out back or getting to meet some of the locals along the way,” she added.

“It’s also about putting Samoa on the map in terms of a tourist destination.

“But the focus of establishing the business was to bring in some revenue for the locals such as a lady [who] lives along the tracks that sells cold coconuts, so she would get some money."

The couple also contemplated the establishment of a craft stall to sell locally-made handicraft in a bid to assist the village. These could extend to a small gift shop with revenue going directly to local artists.

“We hope to expand to Savaii as well or different locations around the island with different scenery," Mr. Wolf said.

“If all goes we want to introduce different kinds of vehicles like buggies but for the time being we will start with the quad bikes.

“The route we have will showcase island life because these are the roads tourists never think of going.”