An oft-toured work by Samoan hands is on the move once more, this time to Sydney’s 4A Centre for Contemporary Asian Art for a two and half month installation as part of the Sydney Festival.

Samoan born Paula Schaafhausen’s group of Tagaloa sculptures will be joining several other works in an exhibition called Wansolwara: One Salt Water.

It is a series of exhibitions, performances and events from the region exploring issues of indigenous identity, language, culture and climate change.

Her Tagaloa sculptures, which Ms. Schaafhausen fondly refers to as her 'boys', are a delicate mix of coconut oil and koko Samoa. How exactly they are made is a trade secret, but what they are is unmistakable by the smell that hits the audience entering the gallery spaces they have been in. 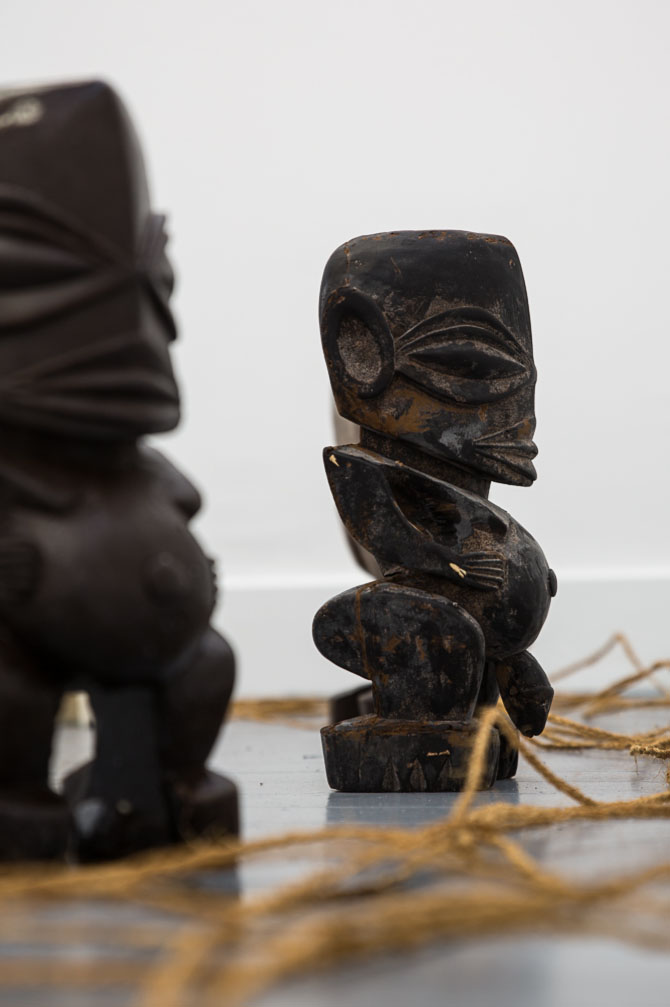 Over the course of several days the little Tagaloa begin to melt, releasing their scent more strongly into the room and resulting in an oily puddle on the ground.

For Ms. Schaafhausen, 'the boys' tell the story of climate change and how it has caused an existential threat to the people of the Pacific.

Climate change is something Ms. Schaafhausen thinks about often, well beyond her time at art school. She said the topic still frightens her a lot.

“It’s frightening that we’re still wondering if we should ban plastic, and people are pulling out of climate change summits. They’re morons, you know? It’s baffling, frightening… and sucky, actually," she said.

“I thought, how do I put those fears into a conversation that is artistic and also speaks about the Pacific, especially because all our islands are getting washed up.

“That is why I drew on the God figure, I wanted something that united all us Islanders […] I wanted a deity that spoke to the past and is prevalent in society now.”

Tagaloa is known across the Pacific, albeit by different names: Tangaroa in New Zealand, Kanaloa in Hawaii, but always the creator of the universe.

She first created the figures and the exhibition in 2013 while studying for her Masters in art. Since then people have requested she bring them all over the world: to Canada, Chile, New Zealand, and the Cook Islands and now to Australia.

“I think it’s because it’s got a smell, and it’s a moving work that changes by the minute. It’s a conversation people understand straight away, it’s not hidden. Nuance sometimes get a bit hard to get into, especially in contemporary art," she said.

“It was important I made something that spoke to my identity and could speak to everyone, really.”

She’s gotten the process of building her sculptures down to an exact art. They come out of their moulds perfectly, now, when they used to lose their appendages quite often.

With each new iteration of the show she arranges the Tagaloa figures slightly differently. For the Sydney exhibition, the figures will be exhibited on a floating shelf hung from the ceiling, with a small lip around the edges.

They will be arranged according to the layout of Sydney’s beaches – what stands to be lost to the rising tides.

She loves that her work can be not only smelled, and how much it changes, but that people can touch it and engage with it closely.

The figures, as they melt, can be touched and even used on the audiences skin.

“You go to any gallery, any museum, if you go up to something and start touching it people get mad, but I like the fact that they [the Tagaloa] are supposed to fall apart, they are supposed to melt away," Ms. Schaafhausen said.

Ms. Schaafhausen said art that smells is quite unique too, making her work stand out among a crowd. The coconut/koko smell is rich and brings the islands into any room, making the conversation around climate change more real.

“Polynesia does have a smell, you get off the plane and you can smell the frangipani and how lush everything is.” 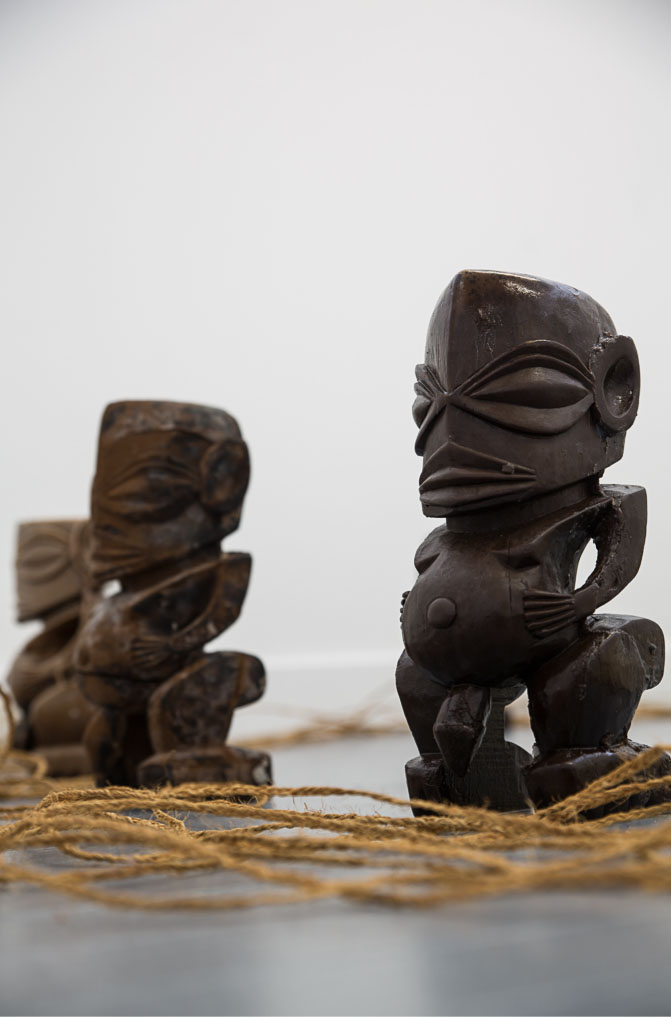 When she returns from Sydney, the artist hopes to bring her Tagaloa show to Samoa. She is on the hunt for a perfect gallery space: black floors and white walls, she says, a place where the art can speak for itself.

Ms. Schaafhausen grew up in Maluafou, studied a Masters’ in Fine Arts at the Elam School in the University of Auckland, where she realised the art world can be too “convoluted.” That’s why she keeps her work simple and easy to access.

“It was something I struggled with at art school. It almost seemed like the less things were arty, the more Art they were. Like, a piece of paper on the ground is art… no it’s not, it’s rubbish. You just missed the bin,” she laughed.

But she had a prolific Maori sculptor as a tutor, Michael Parekowhai, who told her to keep things simple, and do them well.

Mr. Parekowhai is one of a small number of New Zealand artists to exhibit at the Venice Biennale, where in 2011 he took his work On First Looking into Chapman’s Homer: three pianos, who of which had life size bulls on top of them.

“When you have too much going on and too much to say you miss your mark,” Ms. Schaafhausen said of her lessons from him.