Kautau Noah Manukia, or Noah Slee, is in Samoa for the very first time to explore his heritage. (Photo: Supplied/Marius Knieling)
Samoans abroad

A New Zealand R&B sensation with roots in Samoa and Tonga has landed in his homeland this Christmas to meet his mother’s family and sink his toes into home soil for the first time.

Kautau Noah Manukia is a musician who, for the last five years, has built his career and his home in Germany.

This year he has started his own record label and produced a six-track E.P. called "Twice" under his stage name Noah Slee.

Twice made the E.P. Top 5 list in early December of the BBC’s Radio 1 Xtra station. He writes and performs R&B and soul music and has been called a “genre bending” artist. His music is immediately accessible and familiar, but each track’s arrangement still surprises the listener with unexpected choices.

Mr. Manukia, now 32, grew up in West Auckland, and moved to Melbourne after school. He said that, since moving to Berlin, he has made a home he can truly “feel himself” in.

He is one of very few Polynesians in Berlin, a city of more than 3.7 million people. He knows one other Polynesian: a man named Kava who invites him over to watch sports together. 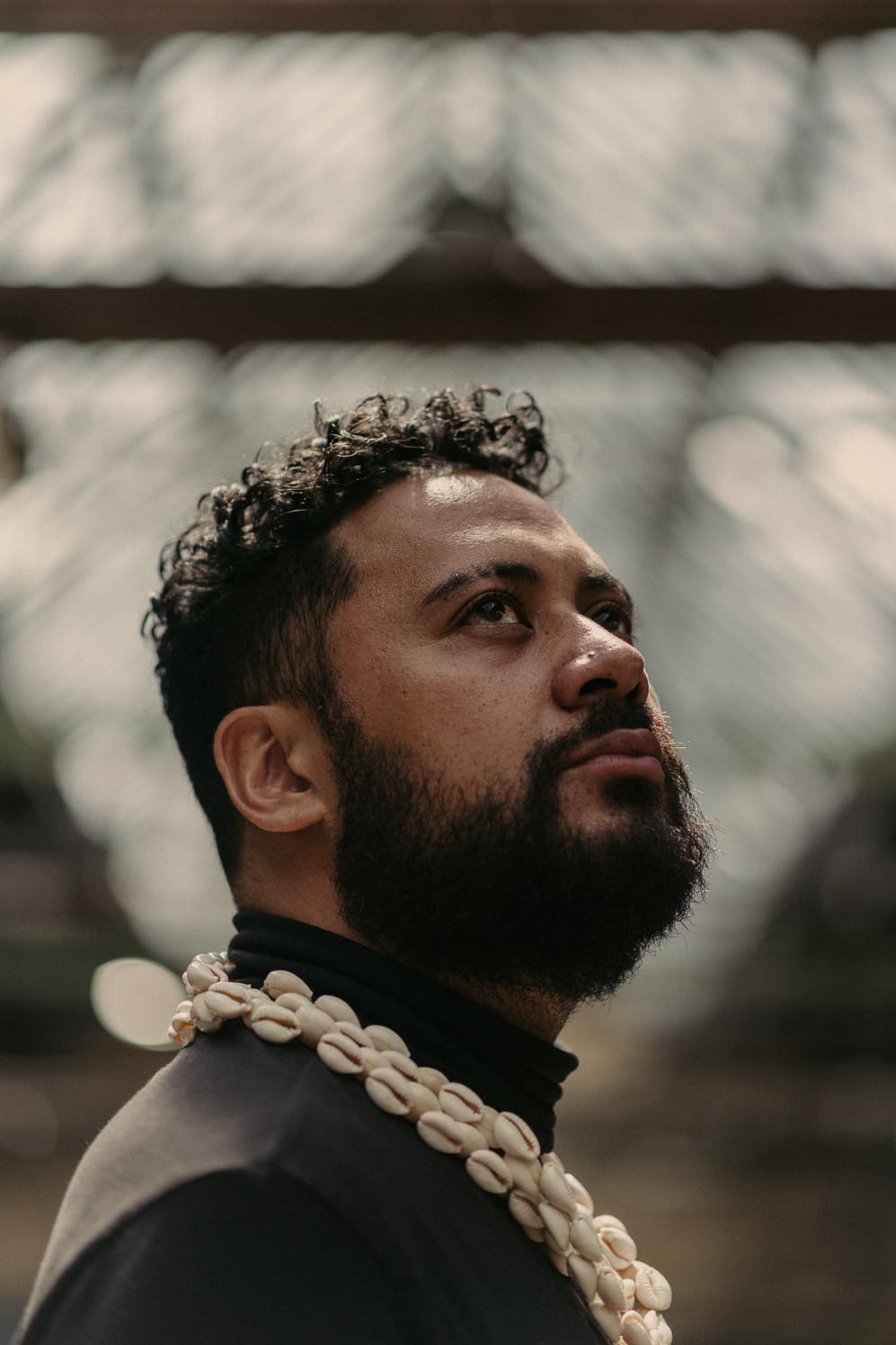 But it is a hub for “runaways”, he said, who have become a second or third family to him.

“It’s very creative, and liberal, open minded and still has the same energy even after the war,” Mr. Manukia said.

“I am able to live my own life freely there.”

When he returns after the summer, he will tour Europe and East Asia with his new E.P., before settling back into the business of writing and producing new material.

Being in Samoa for the first time means drawing himself closer to a part of his life he has never delved into before, Mr Manukia said.

He is learning for the first time about his roots in Lalomanu and Lufilufi, and his family here have taken him to visit the gravesites and old homesteads of his ancestors.

Having grown up largely identifying with his father’s Tongan heritage, the islands are not unfamiliar to him. But for reasons he can’t articulate, his Samoan side was less present until he decided to see the island for himself.

“I am just riding the wave,” he said.

“I am always interested in my Pacific heritage. I’m just going to be discovering and meeting family… it’s kind of intense.”

His mother’s cousin has tried to explain the family history to him, which Mr. Manukia has been repeating like a mantra.

Other parts of his heritage, which he brushed up against during high school like the Fa’aSamoa are also part of the learning curve. He is even learning about ‘k language,’ the version of Samoan which replaces T with K, he said.

This week his mother will come and join him in Samoa for a large family gathering. It will be their first time in the homeland together. Mr. Manukia said she is celebrating his journey into her side of the family.

“I am just trying to understand [Samoa], and also what it means to me to be part of this culture, because I have always identified as a Tongan but known about certain parts of my heritage that are Samoan.

He said he has felt welcomed and embraced by not only his Samoan family, but Samoa at large, from strangers in public to the smiles on faces as he is driving past people.

It is a sharp contrast to his home of Berlin where he has found people to typically keep to themselves, rather than interact with strangers.

“The other day I chatted for half an hour with someone I don’t even know,” Mr. Manukia said.

“I’ve known it from afar and now to embrace it and that my family see me as one of theirs feels really cool.

“It’s cool to not have people second-guess me because I’m predominantly Tongan.”

He is also realising how fast his metropolitan lifestyle is compared to the pace of the islands, and is seriously thinking about how to come back to Samoa more often to catch up with himself. It can be dangerous to live too fast, he said, and rewarding to take ones time to breathe.

“Living in a big city is not the bee’s knees,” Mr. Manukia said. “It’s crucial for a creative, but it’s a realisation I have been having that it’s so powerful to have a moment to take it all in, and have conversations.”

But with a brand new label, plants for international tours and more albums still in the works, a life in the islands is still a way off yet.

His music continues to nod towards a Pasifika foundation though. Mr. Manukia’s new label is called Havelu, a tribute to his father’s home in Tongatapu in Tonga. Most of his father’s family is from a nearby island called ‘Eua, and landed in Tongatapu to make something of themselves.

“A lot came from people migrating to this place, so I thought that was symbolic of what I am doing in another country, trying to grow and spread good music.”

In the future, he will be partnering with Island Base Samoa, a New Zealand based organisation connecting Pasifika artists to the Pacific Islands for concerts, workshops and developing young Pacific Island musicians in their context.

Island Base was started by Jasmin Ziedan of Base FM in Auckland which was one of the first radio stations to play Mr. Manukia’s music, he said.