Getting ready to bring back the Christmas Spirit (Photo: Nairah Matafeo)

The brass band from the Samoa Police Service has brought Christmas cheer to the residents of the Mapuifagalele Home for the Aged.

Kenyan nun, Sr. Maureen Mokaya, who is part of the Little Sisters of the Poor who manage the facility, said the Police brass band normally visits them three times a year to entertain its residents.

“This is the annual program for the police band, they do it thrice. They do it during Easter, sometimes when they are available and also before Christmas,” she said.

The annual visits of the brass band has made them a regular feature, with Sr. Mokaya indicating that the elderly residents were already looking forward to the event.

“Whenever they hear that the Police are coming over for a performance, they would always ask us to wake them up when they come or to help them get ready early,” she added.

“Whenever the police band performs, they will start dancing and we understand because they are Samoans and they are always cheerful.” 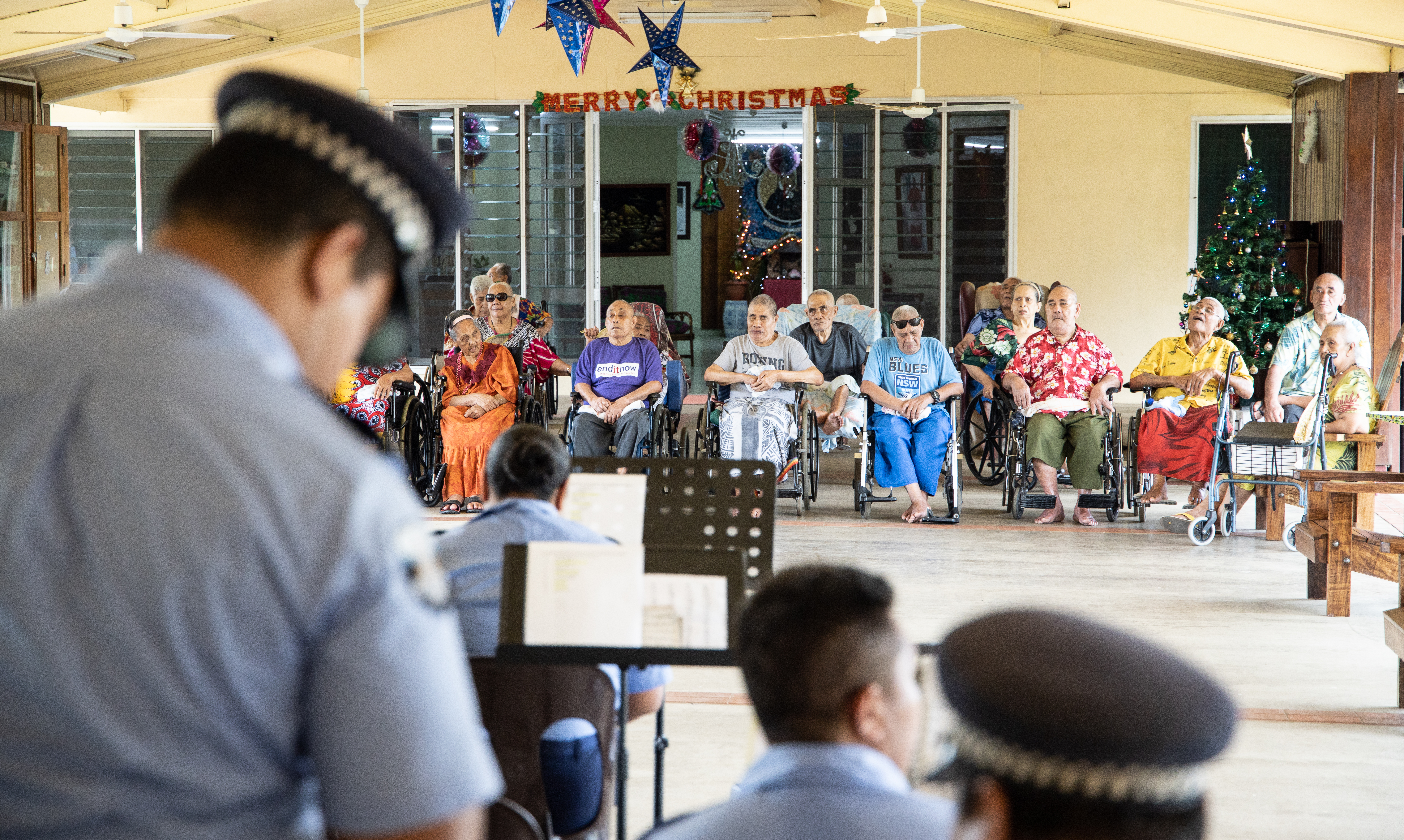 Commissioner of Police Fuiavaili'ili Egon Keil accompanied the brass band to the elderly home on Monday  .

Members of the Little Sisters of the Poor said they are always grateful for the Police brass band making time for the old men and women at Mapuifagalele.

They said the spirit of Christmas is back at the Mapuifagalele Home for the Aged, thanks to the Police brass band.

Currently, there are 43 old mothers and fathers who under the care of the Mapuifagalele Home for the Aged. The eldest resident is 93 years of age and the youngest 65.

Sr. Maureen Mokaya said every day the facility has different programs for their residents and the Police brass band was scheduled for Monday.

“Every day they have different programs and today they have the Police in for their Christmas concert,” she added.