The cost of the of the measles crisis, which has already claimed the lives of 71 Samoans, on the tourism industry, will be in the millions.

But the Chief Executive Officer of the Samoa Tourism Authority, Fa'amatuainu Lenata’i Suifua, says now is not the time to think about the losses as the Government pulls its resources to combat the disease.

"Our priority is assisting the Ministry of Health in dealing with the epidemic," he said.

"We provided resources to assure the M.O.H. gets all the assistance they need. Half of our staff were tasked to conduct data entry with health officials conducting vaccinations more than a month ago; our whole fleet was allocated to the Health."

To date the epidemic has claimed 71 lives.

According to the C.E.O., surveys conducted with ten hotels shows more than a million tala has already been lost.

“It’s roughly three hundred booking nights and with the information on hand, the deluxe hotels are suffering really bad with people cancelling their bookings at the busiest time of year for the tourism industry," he said.

"These are just the deluxe hotels, we haven't reached the rental cars, restaurants and bars, but one thing for sure is that it will be millions."

The S.T.A. has also had to cancel several concerts.

The C.E.O. refused to name the hotels but noted that this time of the year, Samoa is busy with family reunions; title bestowments; family’s annual prayer services and the majority of the Samoan visitors are utilizing the hotels.

“I will get an exact figure in the weeks to come, but so far more than a million is the loss recorded,” said Fa'amatuainu.

He said the S.T.A. will gather all the data and present a supplementary to the government to paint a clearer picture of the losses.

“One thing for sure that will go forward are the fireworks, our people needs this. I hope this can somehow lift their spirits.”

He confirmed the S.T.A. will not host any Christmas party this year.

“The staff doesn’t want to have drinks knowing families are suffering and I couldn’t agree more,” said Fa’amatuainu.

One hotelier who did not wish to be named said the expats here to assist with the measles epidemic are staying at their property.

“We had bookings cancelled but at the same time, we have doctors and technical supporters from overseas staying with us. The biggest worry for our company is when the expatriates return to their home country, how will we fill up our rooms?I hope the government steps in.”

Asked about local rates, the owner said they are looking at having special rates for the locals.

In Savaii the Tailua Beach Fales, in Manase says, the epidemic has cost them close $6,000 in cancelled bookings with more expected in the coming days, its manager, Ietitaia Sanerivi said.

"We've had up to say close to six grand worth of bookings that have been cancelled, and there's still more coming through, especially with families," said Mr. Sanerivi.

However, despite the losses, Mr. Sanerivi said it's understandable why people had to cancel their bookings and travel plans.

"You  [have] got to look after your family especially your little ones. So yeah, it's understandable," he said.

"Even though that there are safety measures that have been made, like getting everyone vaccinated, but it's like they say prevention is always better than cure."

In saying that,  Mr. Sanerivi stressed that travel to Samoa was safe for people who had their vaccinations.

"I reckon that it's safe to travel [to Samoa] just like us travelling to New Zealand where the disease came from," he said. 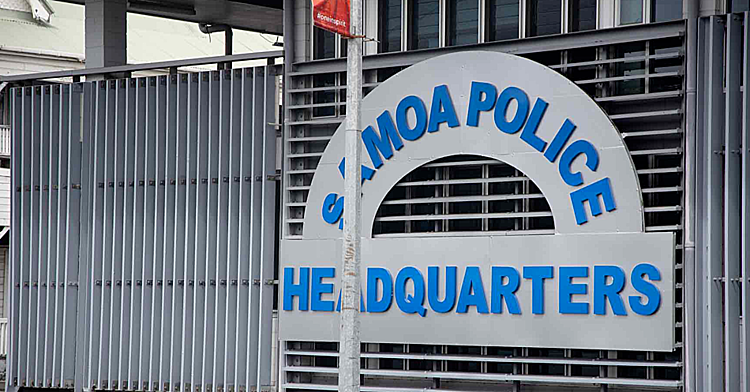 The Attorney General’s Office 2018-2019 Annual Report has pointed to a lawsuit against the Police Ministry over the arrest of a man by armed police as its “most controversial case.”