According to the Government, 93 per cent of the population (eligible for vaccination) has been immunised so far. At least half were vaccinated between two or three weeks ago and should have built up immunity to the virus.

Tragically, 72 people have died, majority of whom are children after five.

Dr. von Csefalvay has been studying outbreaks for much of his career. He said the immense response to the measles epidemic, which to date has infected nearly 2.5 per cent of the population, should be commended. 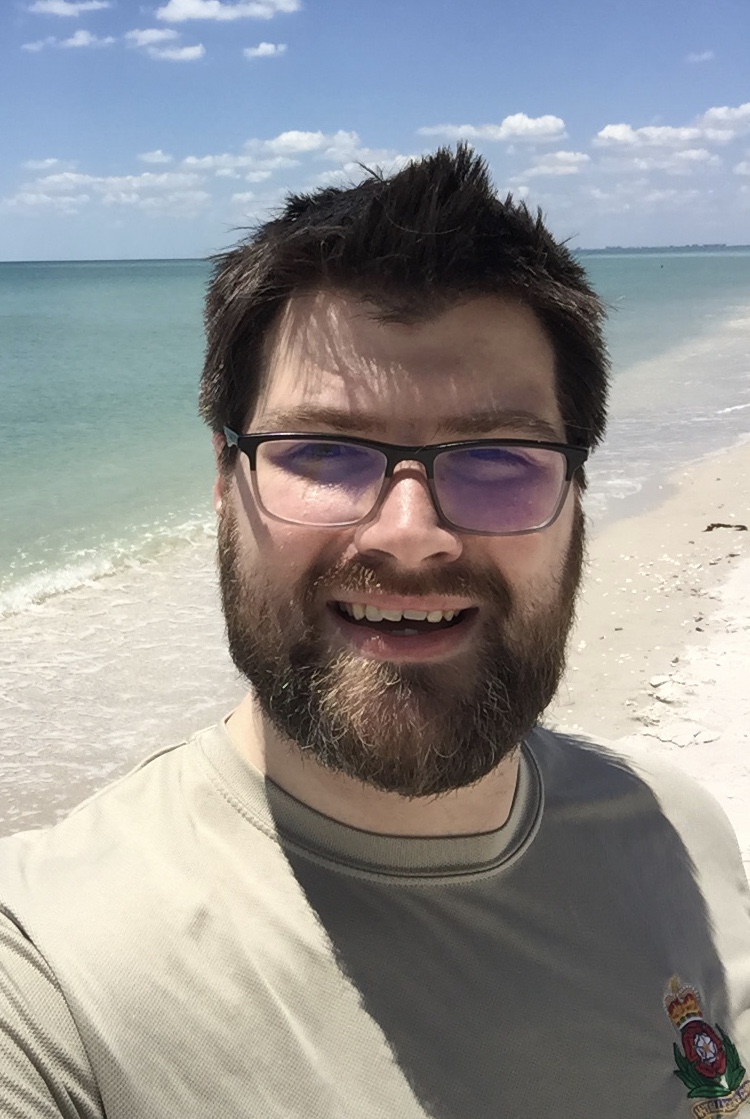 “It’s just incredible what they have managed to accomplish with this higher vaccination rate. It’s a huge success. Even in a small country with a small population, it’s impressive.”

Since the Government of Samoa began releasing detailed data on the state of the epidemic on November 22, the epidemiologist has been gathering it and taking a deep look at what it shows.

He has shared his findings online, both on a data sharing site and through Twitter, comparing case fatality rates to international averages and looking at the age distribution of cases and subsequent deaths.

The epidemic in Samoa — which has now spread to Tonga, Fiji and American Samoa — has been heartbreaking to watch from afar, especially following the tragic events of 2018 when two babies died from a lethal concoction of measles, mumps and rubella (M.M.R.) vaccine and anaesthetic, for which two nurses were sentenced for manslaughter and jailed.

“That is something that should never have happened but coverage was not good about that,” Dr. von Csefalvay said.

“A lot of coverage was essentially these kids got their M.M.R. and then they died, missing the important point [of how they died].”

And as a consequence, people with an anti-vaccination agenda had a major opening into an already vulnerable society.

It is a movement the doctor grapples with both online and off, trying to combat vaccine misinformation especially for susceptible populations like Samoa.

“It’s been incredibly exploitative and immoral that people have used the deaths of children to turn it into an anti-vaccine talking point.

“The consequences have not been borne by them, they are being borne by the Samoan people altogether.

“Western nations owe Samoa an apology. We owe your country an apology.”

This week has seen a pronounced slowing down of new infections, and slightly less deaths than last week. As well as the newly immune population making a difference, Dr. von Csefalvay puts the lower death toll down to improved healthcare, and public awareness of presenting early to the hospital.

“There is a common perception that measles is a relatively harmless childhood disease. I think the fact is people are now aware how dangerous it can be in the short term if you don’t turn to medical assistance."

The huge influx of international emergency medical assistance teams helped avoid a “second spike” of fatalities when the healthcare system is typically overloaded and unable to cope.

He imagines he won’t be able to confidently say the epidemic is its way down for another couple of weeks.

“It is still a very dynamic situation but I am cautiously optimistic.” 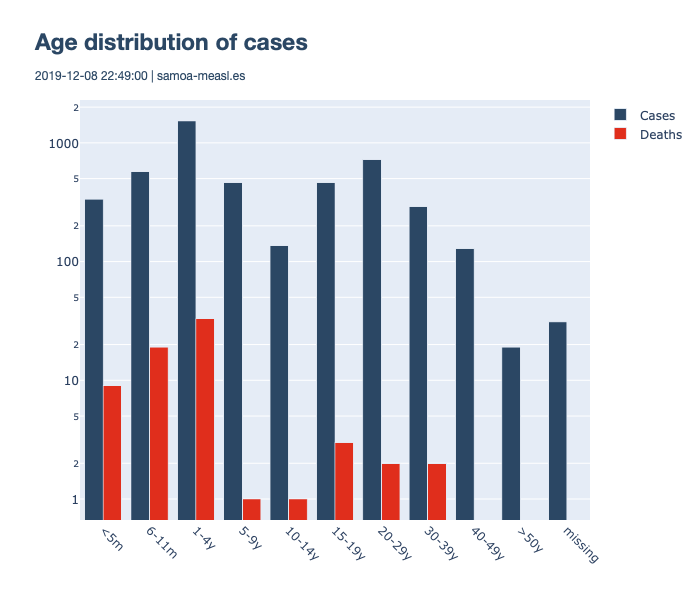 As a data-driven person, Dr. von Csefalvay said he has appreciated the detailed information the Government began providing later into the epidemic.

From providing the total number of infections and deaths to breaking down the total into age groups, and new cases per day made tracking the epidemic and learning from it possible.

“As somebody that studies outbreaks as a profession I have to also understand that providing me with data in the middle of an outbreak is not a priority,” Dr. von Csefalvay said, laughing.

“I am very understanding of that, because I would much rather the people who are managing the situation respond to saving lives than giving me good data.”

He said he did notice that the age breakdown had stopped this week and hoped it would come back. Enquiries have been sent to the National Emergency Operations Centre to see whether more detailed data would continue to be published.

Dr. von Csefalvay was initially surprised by the high case fatality rate in Samoa’s measles epidemic, ten times the international average of one death to every thousand cases. Once the detailed figures came out, it was clear that this is a result of the youngest children being hit the hardest.

Under five year olds make up around half of all infections but are the majority of fatalities. And children under six months, too young to be vaccinated, make up nearly 13 per cent of all deaths.

“It really indicates the importance of protecting those who are too young to be vaccinated through herd immunity.” 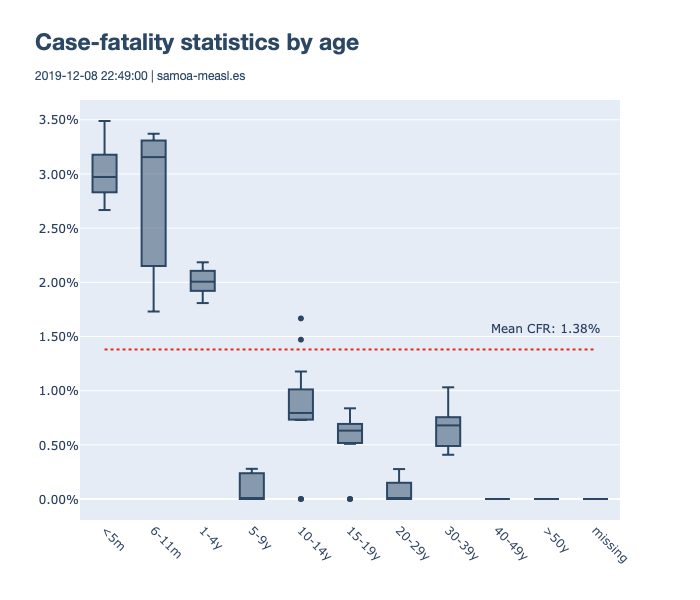 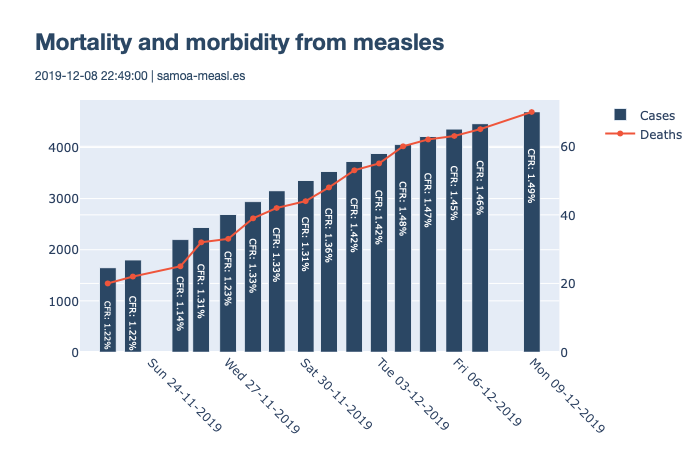