“Women knew they had to stand up… Women had to do it and it was hard for them but it had to be done," Nadine Nahimana said. (Photo: Vaitogi Asuisui Matafeo)
Education

A Burundi national turned kiwi disc jockey has been travelling and performing through Samoa this month, and is moved by the similarities between the countries.

Nadine Nahimana, who goes by the stage name DJ ORIKoL, lives in Auckland and has been a DJ, performer and youth mentor for several years. She has been in Samoa for the last two weeks.

Strikingly, the country’s rural villages and the lives of the women she met remind her of Burundi, only many years ago before women’s rights activists took on the issues keeping women back from full equality in their land, especially when it comes to education.

Ms. Nahimana said until those women took a stand, life for girls was predictable. They would marry, raise several children and keep the household. But today, people like Ms. Nahimana are free to more choices than that.

“Women knew they had to stand up… Women had to do it and it was hard for them but it had to be done.” 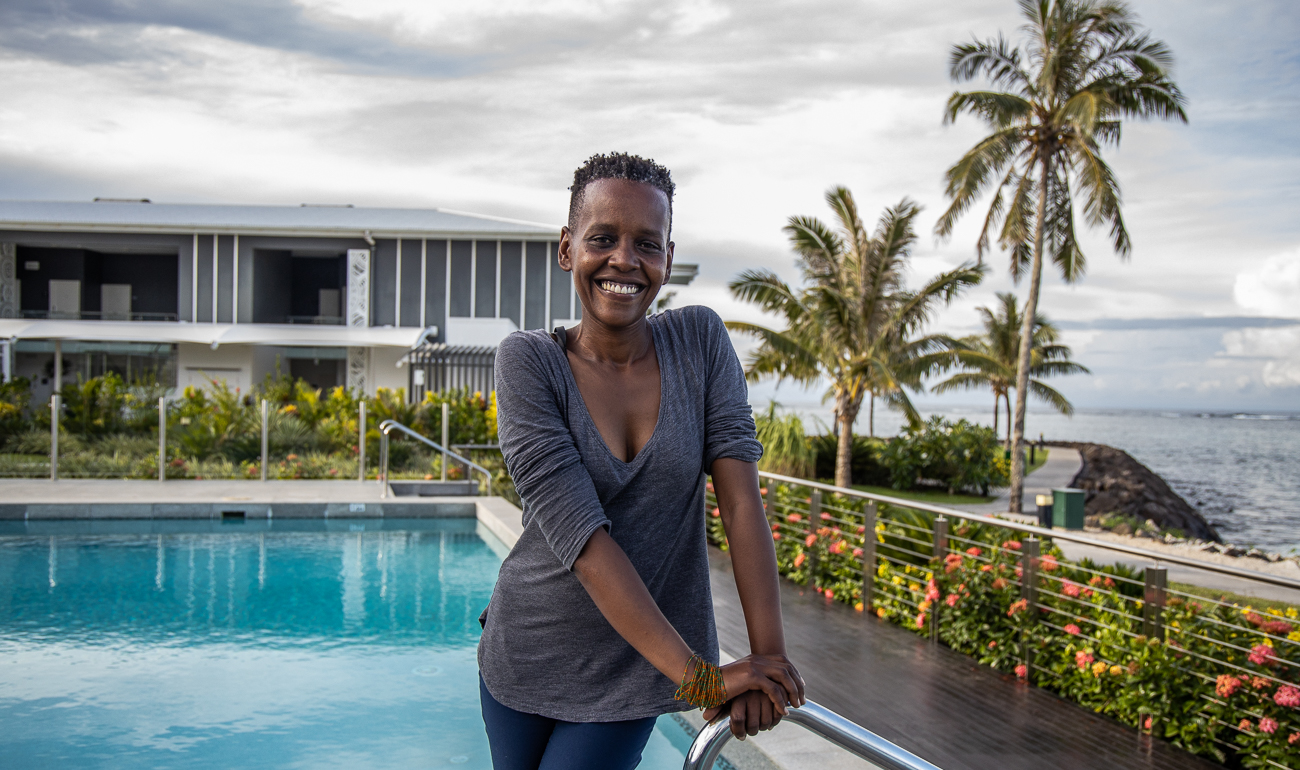 A major barrier to getting women rallied around key equality issues, like the right to inherit land, was education. Getting girls and women educated and understanding their rights and potential was essential. Ms. Nahimana said she fears that may be lacking in some parts of rural Samoa.

Over the last month she has explored Samoa, she has met and talked to young girls about their passions and dreams. They would chatter excitedly to her about how cool she was and how they love her music.

“They would say to me oh my gosh you are so cool, I like talking to you, what do you do, I like what you do. I said you also could do what I am doing, I am not special.

Ms. Nahimana readily acknowledges her limited experience of Samoa, and said she imagines there is a large difference between the rural and urban populations. But the similarities to Burundi were too striking to let go, she said.

“I do understand what is happening here in terms of the place of the woman and how we need to claim space in society and empower the next generation better.

“From what I have seen in the villages it is where Burundi was a few years back where people had to stand up and say this has to stop, something has to be done because the country will suffer.”

She believes without the work of those activists, who were subject to national scrutiny for their efforts, she may not have taken the path she did towards a career in the arts, far away from home in New Zealand.

“Women are powerful beings, they are changing characters in society. If you choose to not empower women it’s not just the family that suffers but the economy and the whole country that suffers.

“I think those ladies [in Burundi] were awake enough to realise it’s for the benefit of the whole country, the families and community for them to take that step and inspire and empower the next generation.”

In more recent years, education has been a coveted treasure in Burundi. Ms. Nahimana said in some villages, where very few children’s parents could afford schooling, those who could would return home to teach the other children what they had learned that day, for free. 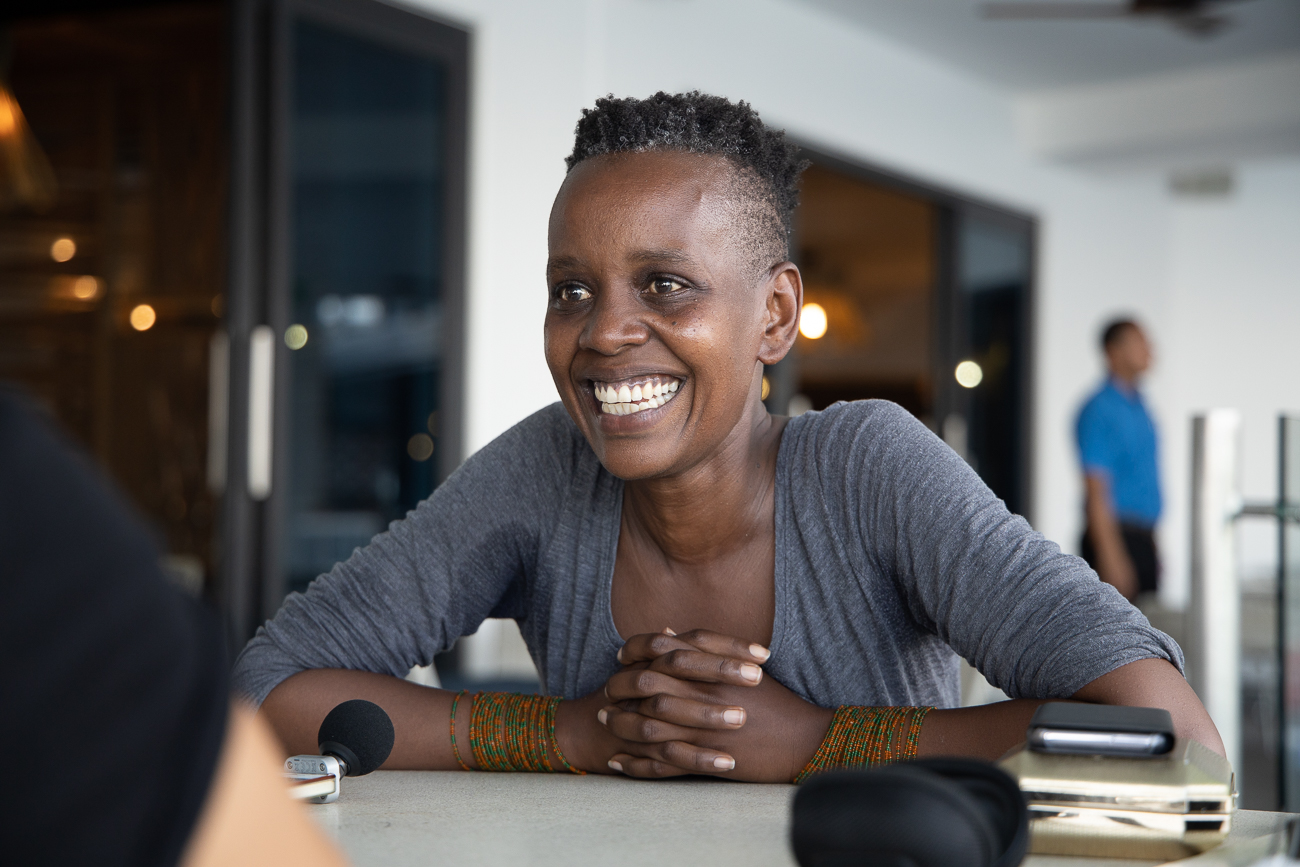 Ms. Nahimana was originally scheduled to join Papua New Guinea singer Kaiit on a female empowerment workshop tour but due to the measles epidemic Kaiit’s trip was postponed to early next year.

Her tour through Samoa was funded by the Samoa Tourism Authority, Island Base Samoa and Taumeasina Island Resort, where she also performed twice.

She is still eager to share her message to women thinking about a career in the arts, or in any career they are not sure about.

“For me, having been here, basic education is very important for the people of this land, for us to take control of our own life and design our own life, improve our families and our communities.

“You have a choice, you know your rights, you know you are a human being like the person sitting next to you, you can express your opinion and you should have the tools and the resources to pursue your hobbies and your ambitions and make it happen, or at least die trying,” Ms. Nahimana said.

For her own part, the Burundian became a D.J to bring African music to a New Zealand audience. Today, she has a two hour slot on Base FM in Auckland every second Tuesday, where she does exactly that.

“We are a country that relies on dance and joy. We make music out of laughing, we clap, we hit the pots we cook with. We dance with our children. I grew up in that culture, so I went in with a view to sharing the joy, the dance, the music from Africa.”

Her stage name, ORIKoL, comes from her spiritual ability to predict her friends futures. She says it is a gift.

“I was raised in a very Christian family and we are all believers. I have done my dues in terms of seeking connection with the higher power so I think it comes as a gift,” she said.

The new party of Government, Faatuatua i le Atua Samoa ua Tasi (F.A.S.T.), has called for an end to social media “hate|, saying the national online conversation has gone overboard.

A ground breaking ceremony for the Church of Jesus Christ of Latter-day Saints' all new temple in Pago Pago, American Samoa will be held on 9 October.