Samoans in Europe: Quickfire Elia brace not enough for Harlequins

The weekend of rugby saw Samoans in action in the third rounds of the European Cups, Round Five of the RFU Championship Cup and the second division of French rugby; Pro D2.

Ulster 25-24 Harlequins
Manu Samoa hooker Elia Elia’s two tries in the second half weren't enough to lift his English club to an away win over Ulster on Sunday morning.
The 23-year-old crashed over the line after a lineout maul in the 57th minute, then got on the end of a brilliant counter-attacking move to score again on the hour mark.
The two tries took 'Quins from 15-10 down to 24-15 up, but they couldn't hold on and sit third in Pool 3.
Former All Black Francis Saili came off the bench for the London club.

Falling at the very last hurdle, @Harlequins can hold their head high having almost become the first team to beat Ulster at the Kingspan in over a year 👏

Two tries from Elia Elia inside 3️⃣ minutes put the #GallagherPrem side in prime position but they couldn't hold on 😬 pic.twitter.com/Aa8a31izvA

Northampton 16-43 Leinster
Manu Samoa fullback Ah See Tuala started for Northampton on Sunday morning, and scored the Saints opening try when he finished off an overlap in the corner.

Munster 10-3 Saracens
Former Wallaby Will Skelton started at lock for Saracens in their loss on Sunday morning.

Toulouse 23-9 Montpellier
Homegrown former Manu Samoa lock Joe Tekori started for Toulouse in their win on Monday morning.
He was joined by former All Black Jerome Kaino, while former All Blacks Sevens player Pita Ahki came off the bench for the French champions for the final eight minutes.
Former Manu Samoa halfback Kahn Fotuali'i came off the bench for Montpellier in the 59th minute.

Sale 20-22 Exeter
Fomer England wing Denny Solomona came on for the second half of Sale's home loss on Monday morning.

Toulon 37-17 London Irish
Manu Samoa loose forward TJ Ioane came off the bench for Irish, but was red carded for a high tackle in the 70th minute of their Sunday morning loss.
This came after Theo Dachary was sent off for Toulon for a high tackle on Manu Samoa hooker Motu Matu'u.
Brian Alainu’uese started at lock for the French club. 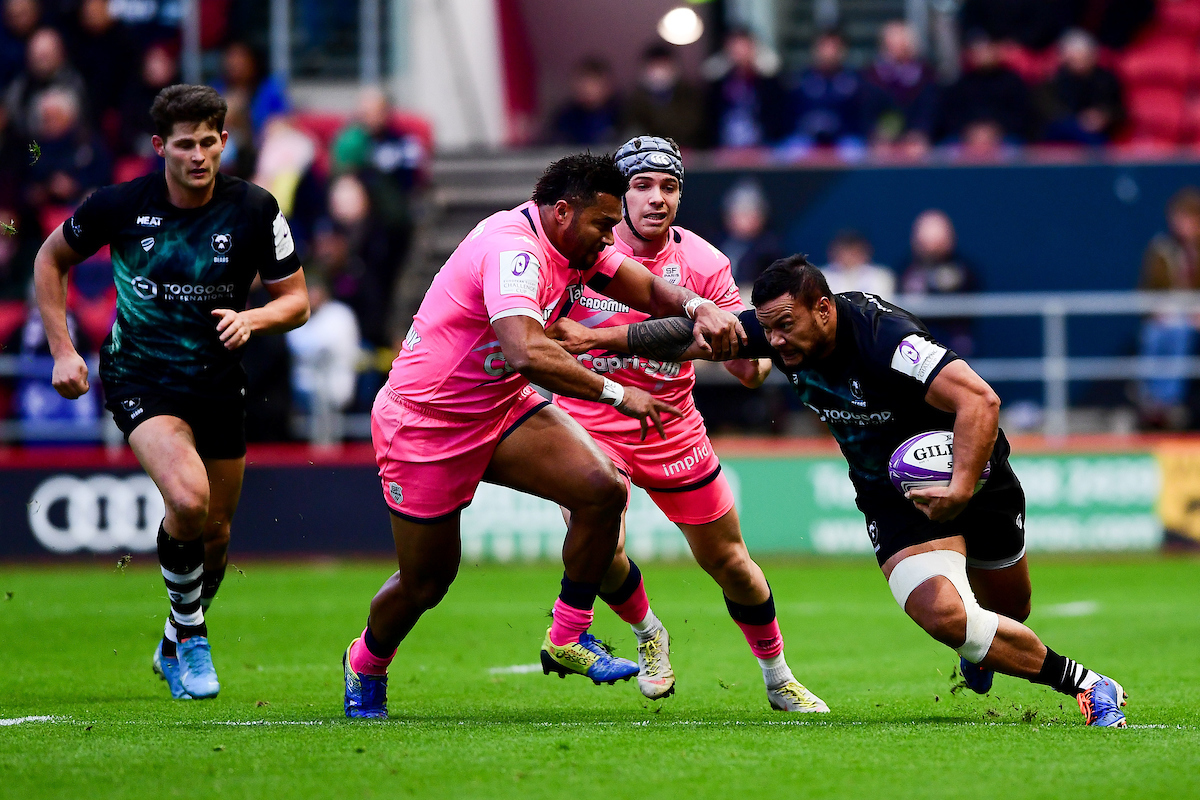 Manu Samoa lock Chris Vui also started for the English club, along with the former All Black pair of John Afoa and Steven Luatua, who was making his 50th appearance.
Manu Samoa prop Jordan Lay came off the bench for the Bears as well. 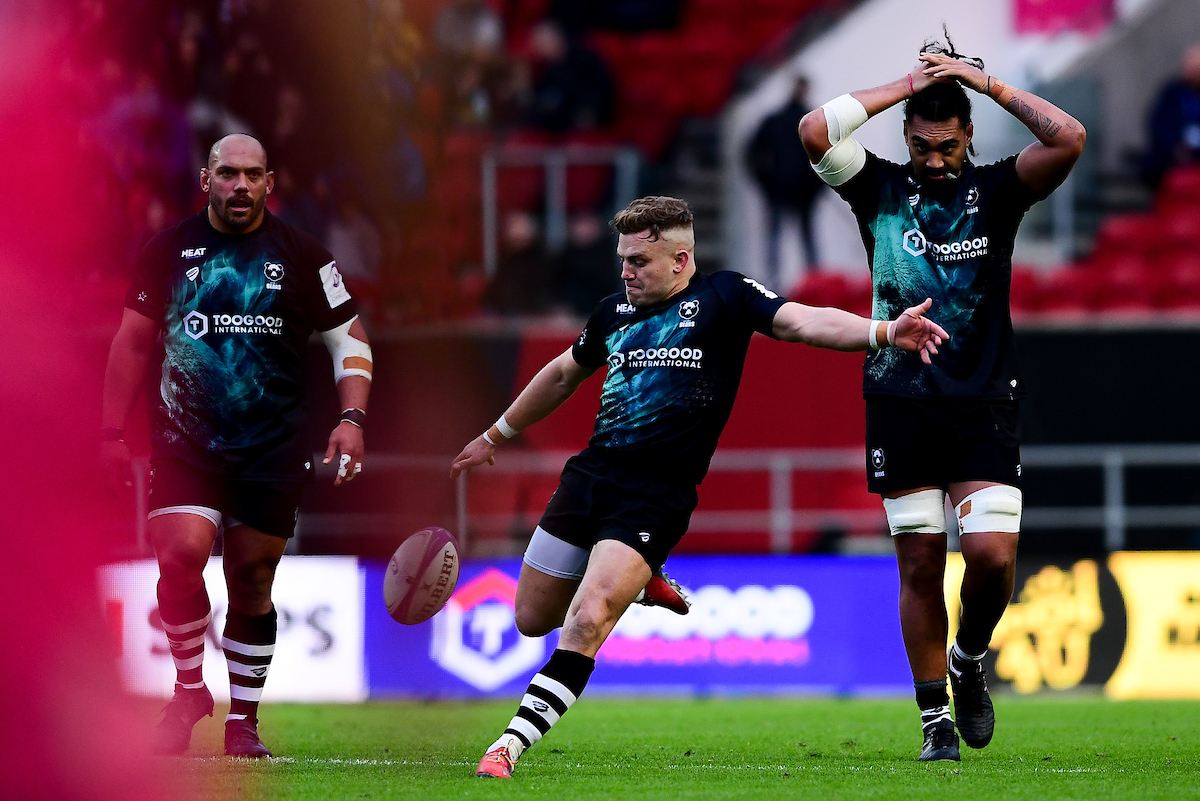 England centre Manu Tuilagi got Leicester's opening try on Sunday morning, before being replaced on 26 minutes with his team up 26-0.
Former Manu Samoa prop Nephi Leatigaga got off the bench in the big win. 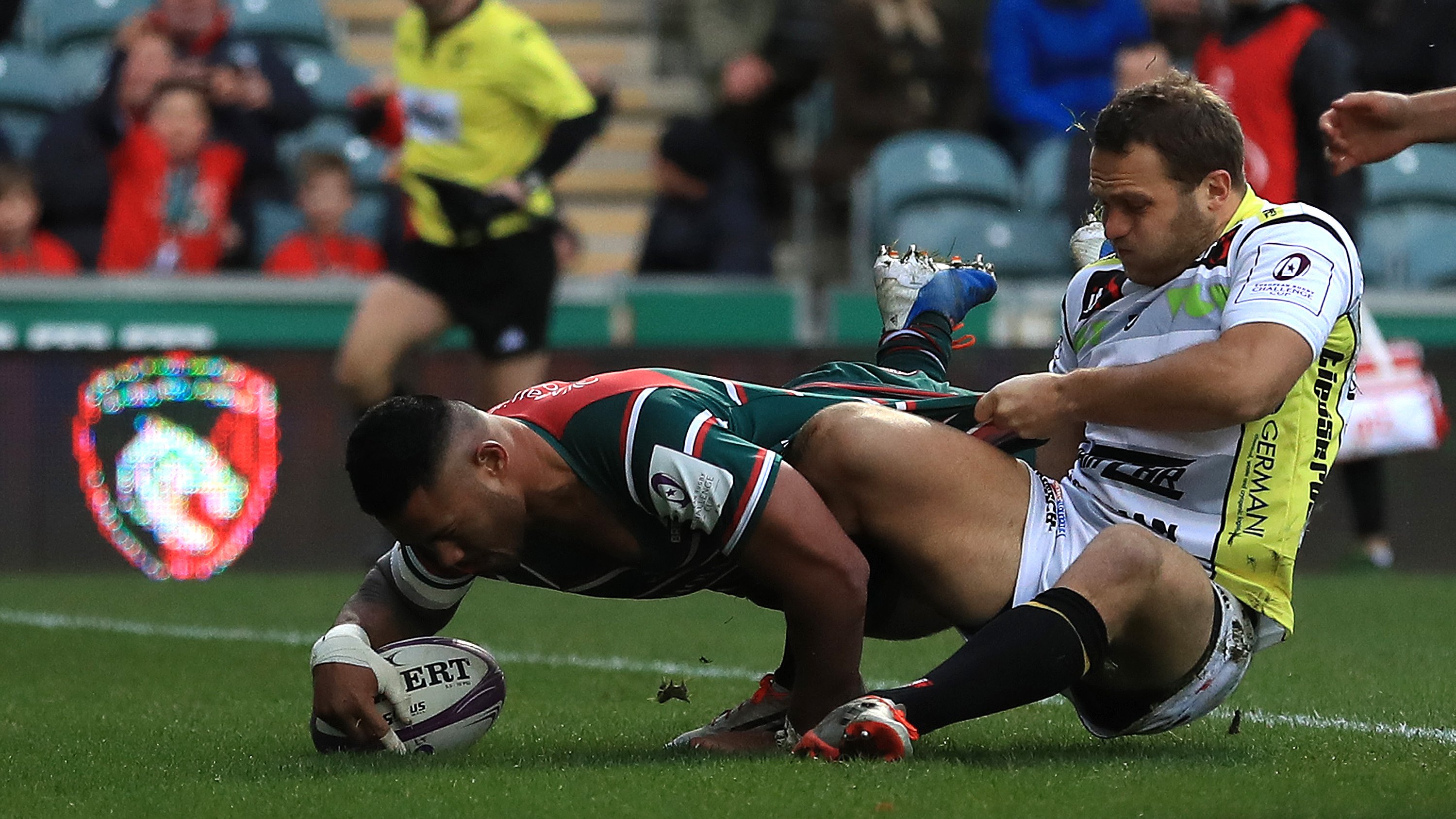 Manu Samoa centre Rey Lee-Lo started in his 100th appearance for Cardiff on Sunday morning, with his family on hand for the jersey presentation.

1️⃣ for @JoshAdams951
💯 for Rey Lee-Lo with his family in the changing rooms to present the jersey and words from @whalaholo #Family pic.twitter.com/eqd7NO7r71

Ampthill 22-24 Ealing
Elijah Niko started on the right wing for Ealing in their tight win on Sunday morning.

Coventry 37-12 Bedford
Homegrown Former Manu Samoa loose forward Alafoti Faosiliva got half an hour off the bench in his debut for Bedford on Sunday morning.