Kolopa Vaa, a mother from Falelauniu, told the Samoa Observer that her daughter-in-law and three children contracted measles but are now recovering after they were vaccinated.

"They contracted measles a week or two ago and I got them vaccinated before that, and I even treated them with some home made remedies, just to help with the vaccinations,” she said.

A red cloth hung outside her home to indicate to passing government officials that a member of her family needed to be vaccinated.

Mrs. Va'a, pointing to the red cloth during the interview with the Samoa Observer, said they hung it out because her grandmother and other family members were yet to be inoculated.

"We strongly believe in the mass vaccination campaign going on and support the government shut down at the moment and if we put our faith into it, everything will be possible,” she added. 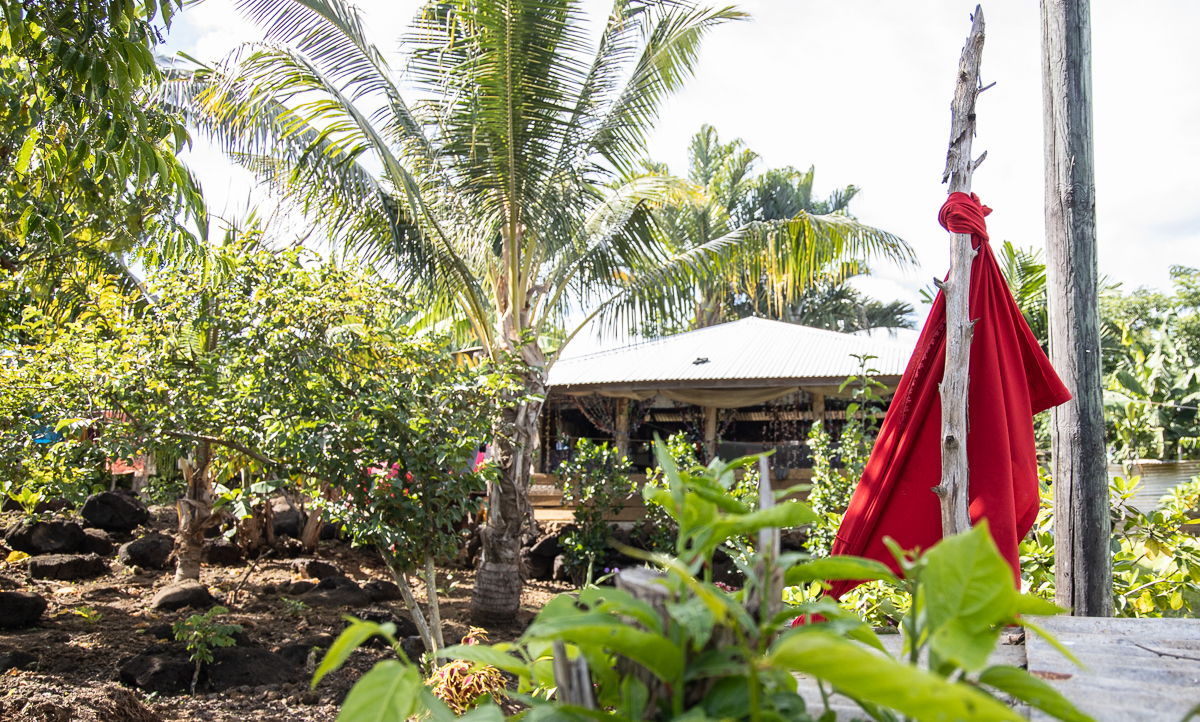 Other family members present also agreed with the sentiments, saying the government shutdown was the right thing to do.

Tioata Tausan, a mother from Vaitele who also had a red cloth hung outside her house, said she initially had doubts about the effectiveness of vaccines but the death toll and the warning from doctors and nurses changed her mind.

"I just want to take this opportunity to thank our doctors and nurses for never giving up on the families who have always been against vaccinations," she said.

"They've been thrown words most of the time because of slight mistakes but in times like these, we should never take their job of saving lives for granted, especially now that we know they are our main hope."

To’o Tafili, who is from Alafua and Tafaigata, said the two-day shutdown is a good opportunity for families to get themselves vaccinated.

"The shutdown in a very good opportunity to vaccinate the families like our family and have them think of what they should prioritize first," she said.