Some of the older vendors at the Savalalo market (Photo: Misiona Simo)

The measles outbreak has forced many young children, who are usually on the streets to sell goods, off the streets.

Before the measles epidemic, children as young as five years old were a regular feature on the streets of Samoa, even late at night, selling their goods.

But since the State of Emergency Orders were declared more than two weeks ago, parents and older siblings have stepped in to take ‘on the street sales’.

One of those older siblings is Atonio Valasi from Aele. He has now taken over the normal routine for his younger brother to sell soft drinks and water.

Mr. Valasi said the continuous deaths of children with many more younger ones with measles was a wake-up call for his family.

“It really hit home when my parents and us the older siblings saw how vulnerable my younger brother was from being on the street and contracting measles,” he told the Samoa Observer.

“My parents decided it was best that I take on the sales on the streets while my little brother stays home until the outbreak is over.

“We’ve seen the many videos of families mourning the death of their young children and we don’t want to be that family…we want to survive this together.” 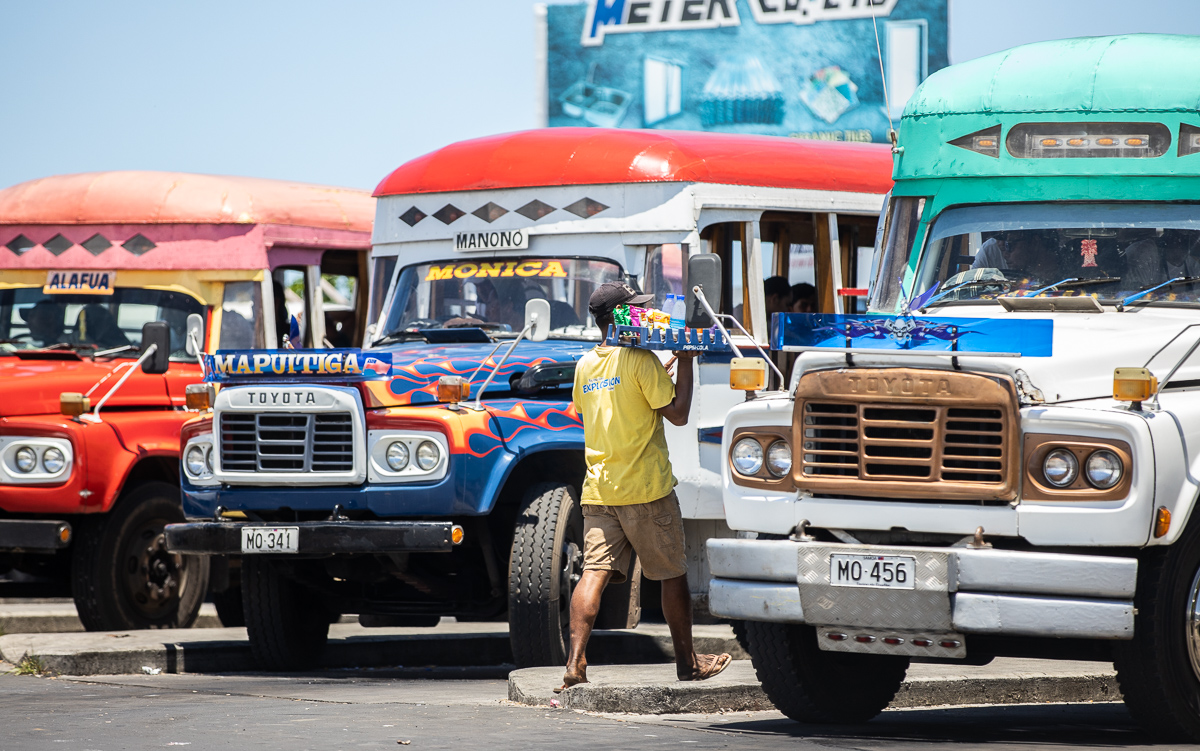 Mr. Valasi’s younger brother is eight years old and was a regular vendor at the Savalalo market.

The 25-year-old mainly goes to the family’s plantation while his younger brother helps out with selling the goods on the streets.

This time, his younger brother stays at home to help his mother to prepare the taro and banana chips for Mr. Valasi to sell to ensure the money flow in the family does not stop.

His father on the other hand goes to sea to fish and also makes regular trips to the plantation to maintain their taro and banana patch.

At the Savalalo market yesterday, majority of those selling goods at the market were adults with a very few children over 16 years of age.

Faamasino Ianuari Samuelu of Vaitele who was at the Savalalo bus stop said it was good to see that parents are taking orders seriously by keeping the young vendors off the streets.

“I have to town in the past few days to do some shopping and family errands and it’s great to see the children are hardly on the roads,” said the mother.

“I too have children and I would do the same thing to ensure they are safe and protected from this deadly disease.

“It’s best to be safe than sorry when something happens to our young ones.”

Pacific Jewell is closing its Plaza store after the free rent arrangement from Government ran out earlier this year.