Members of the public have thanked the Samoa government for lifting restrictions at vaccination centres to allow older adults to get vaccinated.

Amongst them was 23-year-old Pati Utuva, who told the Samoa Observer that he appreciates the lifting of the restrictions, as he has now got his vaccines like his daughter. 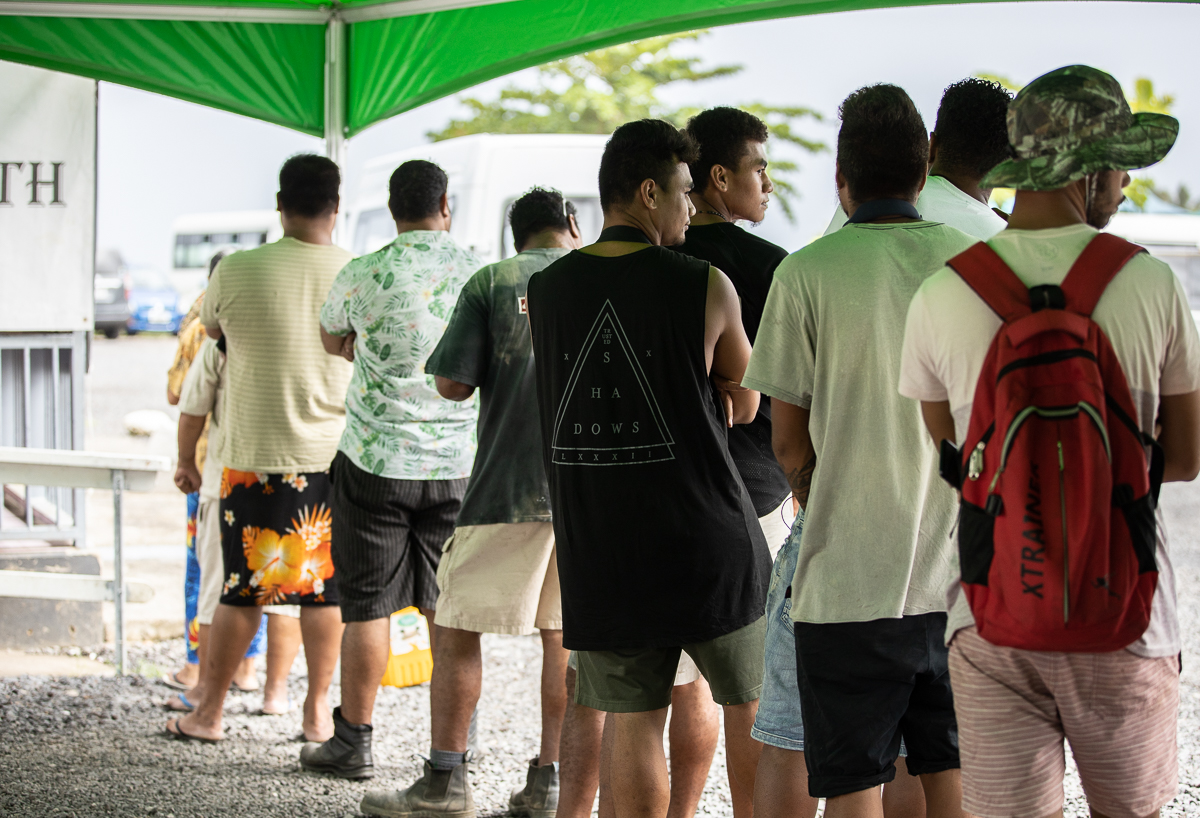 “I have a daughter who got affected with the measles but now she is cured and then me, and now I have done my vaccines,” he said.

Mr Utuva said he became worried when the authorities imposed restrictions that focused on vulnerable groups such as children below the age of 19, as he claimed parents are also susceptible to the virus.

“Because this is another way that our kids can get effect because of us parents can spread the measles to the kids,” he said.

But with his vaccination on Tuesday he did not have to worry about passing on the infection to his children.

Tautafa Saufae, 58, expressed the same sentiments and he became worried due to the rising death toll.

“After one week they told us that only kids can be vaccinated, and they said that we must come to get vaccination,” he said.

“Hearing the rates of death from the measles got my family and I worried so we came here today to take vaccination to protect our family.”

The lifting of the restrictions for young adults 20 years of age and above was also a relief for Joana Patu, who said she is thankful to the government for opening up the vaccination programme.

“I am very thankful to the government for allowing the people in the ages of 20s upwards to have vaccination,” she said.

“Because if they only inject only the kids and not the parents, but the parents died from measles and who will look after the kids.”

For 53-year-old Lina Petelo, the fact that she is now vaccinated has given her more confidence, though she said the fact that more children were dying in the measles epidemic is heartbreaking.