Tafuna Tauialo, convicted of importing methamphetamine valued at $60,000 into the country, was sentenced to three years' jail on Monday.

Tauialo of Vaitele and Vancouver, Washington, was found guilty of possession of narcotics, namely methamphetamine and one count of importing meth, during a trial last month before Supreme Court Justice Leiataualesa Daryl Clarke.

In his sentencing remarks the Judge noted that Mr. Tauialo’s offending occurred last year April when he arrived at Faleolo International Airport on Fiji Airways flight FJ 255 from Nadi, Fiji.

“You had travelled to Nadi, Fiji from Los Angeles. In your possession was 25.8 grams of methamphetamine wrapped in plastic and found in the pocket of a jacket in your bag," he said.

The prosecution submitted that the aggravating features of the offending in respect of sentencing considerations were the effect of the drugs' dissemination in the community and the quantity of methamphetamine involved.

Furthermore, the prosecution noted the defendant is a “supplier of the drug” and a consumer.

Justice Leiataualesa, however, did not agree.

“I am not satisfied that it was for a commercial purpose. I accept that for the purposes of sentencing, importation is a relevant factor to place your sentencing in the importation band for sentencing purposes as is the weight of the methamphetamine," he said.

“I accept that you concealed the methamphetamine, you attempted to smuggle it into Samoa and for the purposes of sentencing, you are a primary offender.”

Justice Leiataualesa noted that deterrence was a primary consideration in the defendant’s case.

“This is to act as a deterrent not only to you but also others who might think of importing Class A narcotics into Samoa that it will be dealt with severely by the Courts," he said.

“It is important in my view that the wrong message is not sent out lest the scourge of these types of drugs which has taken a hold in Australia, New Zealand, possibly Fiji and in other countries takes hold in Samoa.

“This approach also reflects the reality that in smaller countries such as Samoa, we are less able than better resourced health systems such as New Zealand and Australia to deal with a methamphetamine epidemic. Deterrence at present plays an important role in stopping this and other Class A narcotics from taking permanent root in our community.”

Justice Leiataualesa noted that sentencing is an evaluative exercise and that must carry out a full evaluation of the circumstances to achieve justice in each individual case.

“In this case, deterrence is a primary consideration but that must also be balanced by the other factors relevant to your case," he said.

Four years' imprisonment was the Judge's starting point for sentencing considerations; six months was deducted for the defendant's prior good character.

“I have decided to extend a full six months' deduction for your personal circumstances for your wife and child reside overseas and your imprisonment in Samoa will be felt more acutely then if your family was in Samoa. You also have no other deductions available to you," he said.

“In extending a deduction for your personal circumstances on this account, I do so with caution because in future cases involving the importation of Class A narcotics, significant discounts on this basis may encourage people not resident in Samoa to run the risk of importing these narcotics in Samoa because of a deduction on this basis.

“It would then undermine the deterrent effect of sentencing. I am however satisfied that in the full evaluation of the circumstances of your case balanced with the need to maintain deterrence, the deduction is available and balances the various considerations I am required to take account of to achieve justice.”

Justice Leiataualesa also made known that sniffer dogs are on Samoa's borders and should stand as a warning to anyone thinking of importing drugs.

“These dogs, as demonstrated in this case, are a very effective tool in detecting drugs at our various ports of entry," he said.

“The effectiveness of these sniffer dogs at Samoa’s ports of entry is increasingly being seen in the number of drug cases coming before the Courts after detection by the highly capable Police and Customs dogs.

"It would be a mistake for people to think that Samoa does not have the capability at its border to detect illegal narcotics and these dogs themselves should give anyone thinking to import these drugs into Samoa to think again about it and the consequences that would follow if they do proceed to do so. Others have made that mistake.” 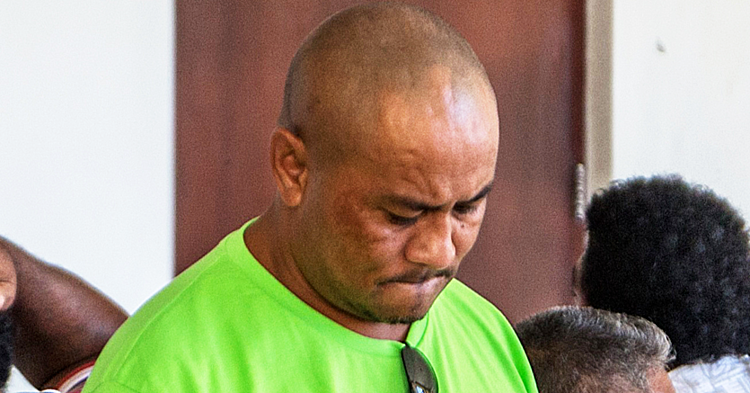