Journalist Brian Deer and photographer Jack Taylor from the Telegraph are in Samoa this week to cover the measles epidemic. (Photo: Misiona Simo)
Education
Health

Brian Deer is currently in Samoa to report on the measles epidemic for the London Daily Telegraph. But the storied journalist and winner of two British Press Awards, has been reporting on the issue of vaccinations for more than 15 years.

Between 2004 and 2010 Deer exposed an academic study purporting to show that vaccines were causally linked to autism in a series of investigative pieces for The Sunday Times.

The original publication was later described by the British Medical Journal as "an elaborate fraud"; its publisher,The Lancet, was forced to retract entirely.

Despite the exposé the original article Deer exposed and its author, medical doctor Andrew Wakefield, is credited with giving rise to a growing global movement of anti-vaccination campaigners who encourage the use of non-clinical, traditional or alternative treatments. Its author has lost his medical licence.

Deer said from the beginning, it was clear the then-Dr. Wakefield was “a crook".

“When I originally approached him for an interview his behaviour was the behaviour of a crook,” he said.

“His behaviour and the behaviour of people involved in his research was such that it was clear to me at a very early stage there was something seriously wrong with the claims being made.

“Now whether it was flawed by accident or by intention was not clear initially. But it did become clear that it was intentional and he had been paid to do it and knew what he was doing.”

He learned that crooked behaviour extended to accepting more than approximately T$2,413,953 (in today’s figures) from lawyers suing vaccine manufacturers.

That story has in part made its way here to Samoa, where historically low rates of vaccine coverage might be connected to the vaccine fear that the retracted report helped to sustain.

He said so long as public health authorities cannot successfully manage sentiment against tried and tested medicine, outbreaks will remained a “chronic issue” and lead to more, potentially fatal, outbreaks.

On Monday, in addressing a Government shutdown scheduled for later this week the Prime Minister, Tuilaepa Dr. Sa'ilele Malielega, addressed the issue of vaccine skepticism and the proliferation of alternative 'treatments such as Kangen water head on, saying: "Let us work together to convince those that do not believe that vaccinations are the only answer to the epidemic [...] vaccinations [are] the only cure".

In three months, nearly 4000 people have been infected with measles and at least 53 people, mostly toddlers, have died. Coverage rates in 2018 were as low as 31 per cent for one-year-olds receiving their first dose of measles, mumps and rubella vaccine, and 13 per cent for children getting their second at 15 months.

Vaccinologist from the University of Auckland Dr. Helen Petousis-Harris said research has proven activities like his have led to disease outbreak of vaccine-preventable illness.

To that end, the World Health Organisation identified anti-vaccination movements as one of the top ten public health challenges for 2019.

“I think you can truly hold Andrew Wakefield responsible for some of what we are seeing now,” Dr. Petousis-Harris said.

“The anti-vaccine lobby is globally well organised and coordinated, and making the most of social media, public health people are not. They are not well funded, they are not savvy in this space, and not coordinated at all.” 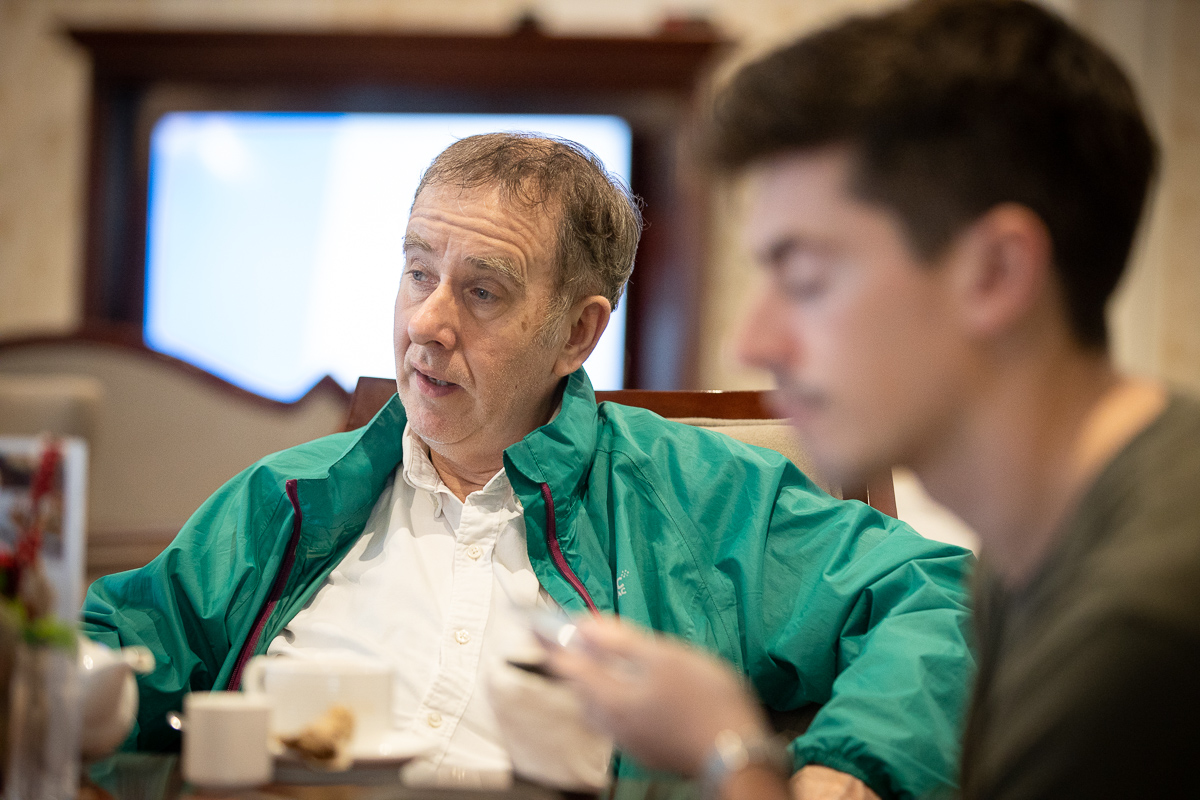 Despite his work being discredited and his medical credibility being shattered Wakefield still has a following, especially online.

It's that resurgence in anti-vaccination sentiment that has Deer worried, particularly at a time when measles has been spreading worldwide. (Samoa is the latest country to suffer an epidemic but European countries reported them early this year).

Deer said between the paper's publication in 1998 and today, news and media have undergone massive upheavals, fertile breeding ground for anti-vaccination attitudes.

“If you look at that time in media an extraordinary transformation occurred… The whole vaccine thing is a really clear example of the changing face of media.”

As a result, vaccination rates have fallen globally, leading to a worldwide outbreak of measles this year. The recovery British rates made after Dr. Wakefield was discredited have begun slipping again, Mr. Deer said.

“As soon we showed his research was funded by lawyers for a lawsuit and that the children in his research had been brought to the hospital to support the lawsuit, the British public said: 'Oh, we get it, and the vaccination rates gradually crept back to where they were before he said anything in the first place',” he said.

“We produced a complete reversal in the fallen vaccination rates, and that is through disclosing fact… Now it is starting to slide back down again.”

Deer said in theory, the anti-vaccination movement should be curbed when it sees “spectacular” outbreaks like the one happening in Samoa.

“But this will remain a chronic issue now and I think public health doctors have no idea how to deal with it,” he said.

“We are going to see another spike in measles outbreaks around the world probably not next year but several years into the future.”

In Samoa, the dismal vaccine coverage rates cannot entirely be attributed to the anti-vaccine lobby, though throughout the epidemic social media has been rife with people encouraging against vaccination.

Ukraine has been hit especially hard, with its 56,802 cases in 2019: surpassing the number of cases the entire European region saw last year.

This influx in online influence did not escape the Attorney General and Samoa Police Service, who on November 21 issued a warning to any and all who “actively discourages or prevents in any way” people getting vaccinated.

Police have been told to attend to complains of anti-vaccination activity with urgency.

“Law enforcement is open to receiving notice, complaints, or evidence of any person or organisation, that is discouraging or going as far as preventing our community from vaccination,” Attorney General, Lemalu Hermann Retzlaff said.

“There are instances, where there is a delay of attending the hospital, because of the influence of this anti-vaccination mind-set.”

In recent times, coverage rates have been falling since 2013 when rates for the first dose hit 90 per cent. The Ministry of Health has yet to suggest why coverage did not stay that high and instead fall all the way down to 58 per cent in 2017, before the death of two infants to a deadly mix of vaccine powder and anaesthetic knocked coverage rates another blow.

But the Government on November 20 began a mass vaccination program which includes mobile clinics and making vaccines compulsory.

Earlier this week it claimed that more than 58,000 vaccines had been administered under the programme, significantly raising Samoa's coverage rates.