The new Miss Pacific Islands, Miss Samoa's Fonoifafo McFarland-Seumanu, brought home her crown this morning and hopes to use her reign to uplift the nation’s spirits amidst the measles crisis.

The 24-year-old arrived at 6.45am on Monday at the Faleolo airport after being crowned on Saturday at the Stanley Hotel in Papua New Guinea (P.N.G.).

In an interview with the Samoa Observer at the airport she said that being crowned Miss Pacific Islands left her with mixed emotions at such a time of national crisis. 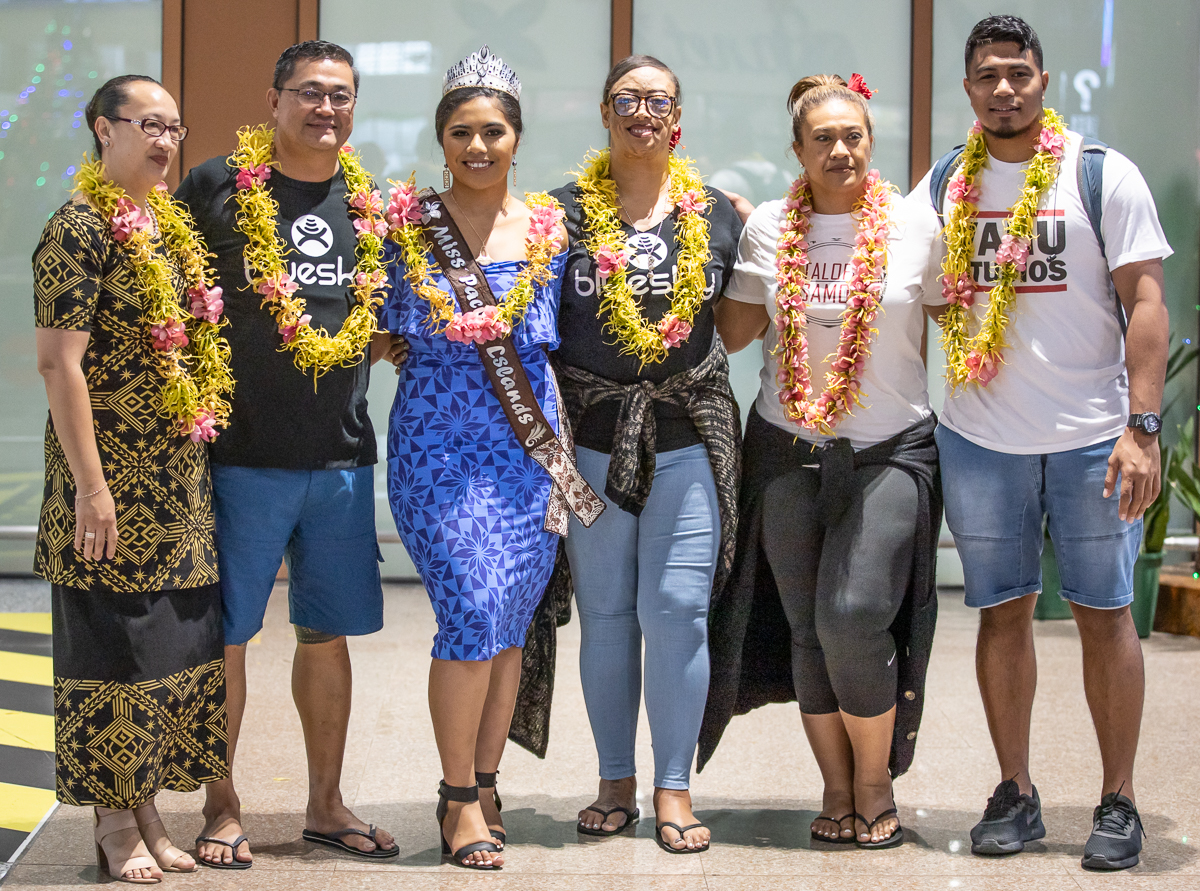 “I feel very overwhelmed, humbled and honoured that I get to bring the crown back home after five years,” she stated.

Ms. Seumanu, who arrived at the airport with members of the Manaia Events Committee, said that the first thing she wanted to do after arriving in Samoa was visit the hospital and raise the spirits of children infected with measles.

“It is because I am very grateful for the support our people have shown during my journey despite everything they are going through," she said.

The biggest challenge that she faced during the Miss Pacific Islands pageant was knowing that her country was going through so much.

“I cried almost every day leading up to the pageant and just before the pageant started the Minister of Health for P.N.G. said that the death toll in Samoa for measles related deaths had increased," she recalled.

“With that knowledge, it got me in tears again before going on stage but I also used it as a motivation to really push with my performance.

“I hope that with this crowning it will be able to uplift the spirits of our Samoan people and country.” 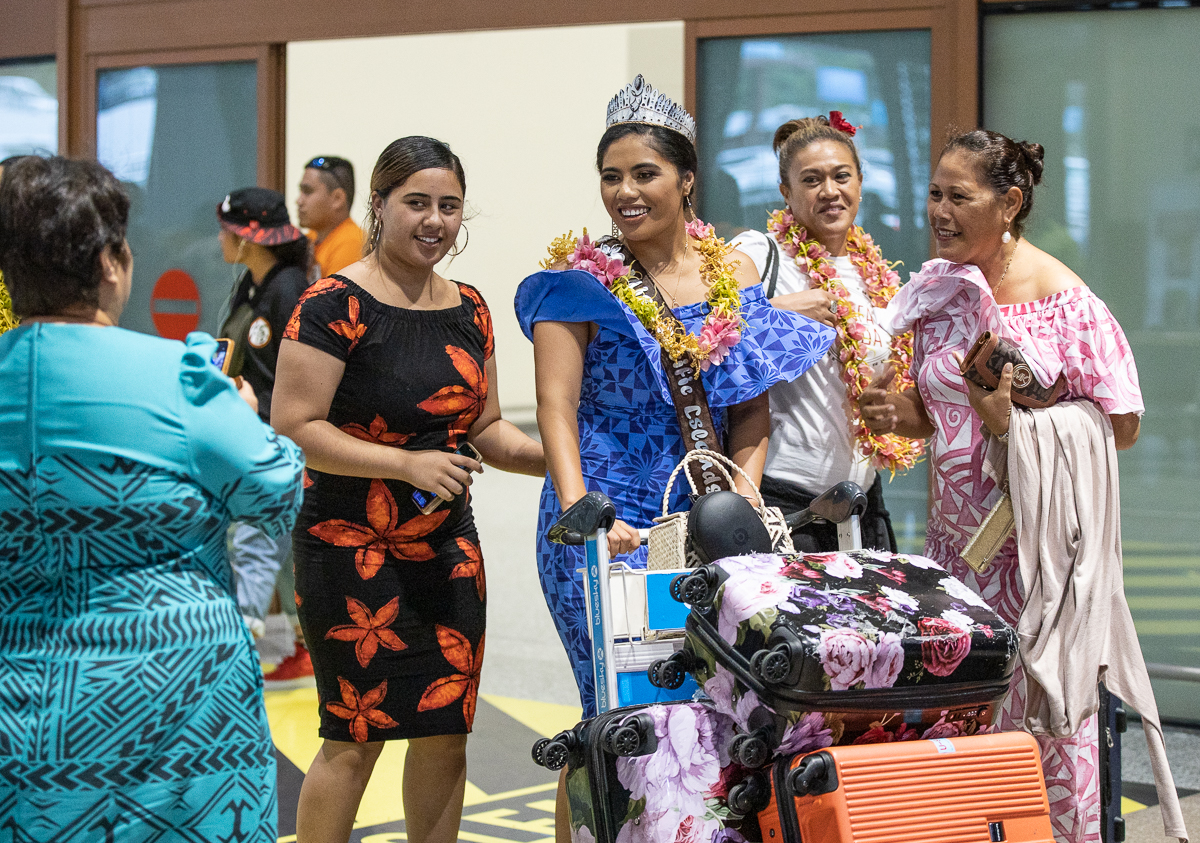 She also hopes to use her platform and her skills as a registered nurse to help her people.

“And because I do have some knowledge around measles and child health. I can see that we have had help from overseas such as Australia and some of which are my colleagues from New Zealand," she said.

“Now that we are here, the plan is to get involved as much as we can and that would mean no rest for our team.

“I know that I have two roles with the Miss Samoa crown and Miss Pacific Island’s title but the priority is to attend to our families here in Samoa.”

She thanked God for helping her throughout her journey. 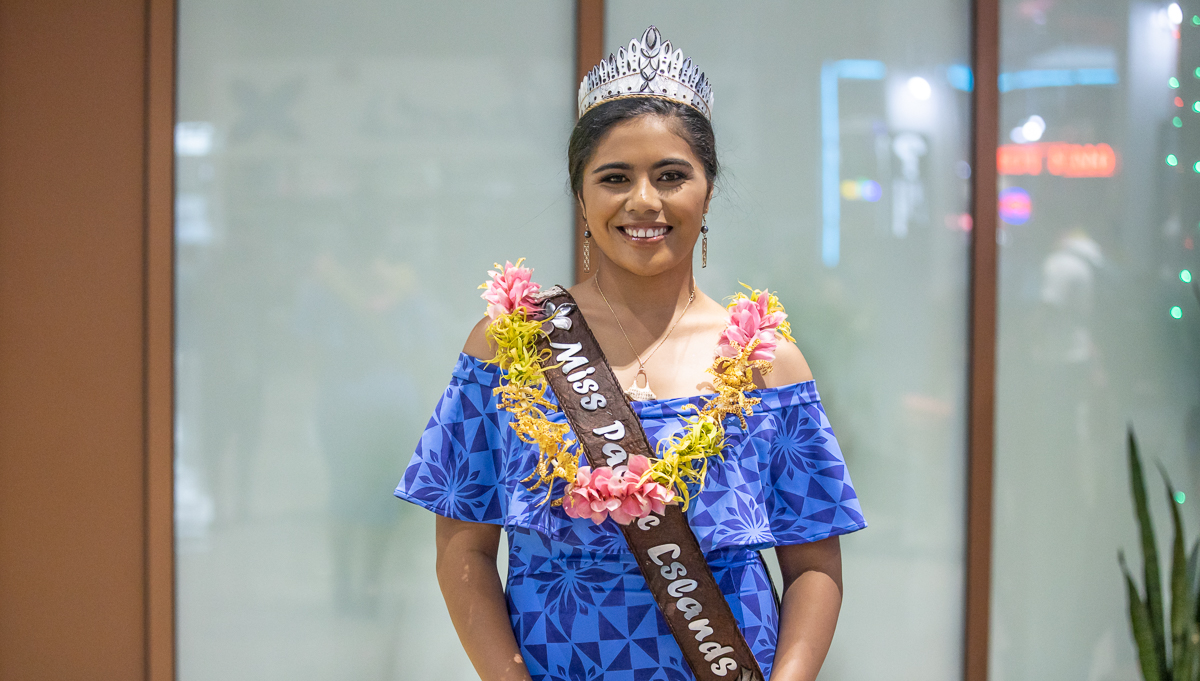 “I also acknowledge the support of my parents who were there, families, friends, Manaia Events committee, and, who really pushed me and made everything possible," she said.

“Not forgetting my sponsors Samoa Airways, Bluesky Samoa, so many people sponsored my outfits like Rimani, Arilei Couture.