The New Zealand Medical Assistance Team (NZ.M.A.T.) has praised the resilience of their Samoan counterparts as they continue to battle an escalating health crisis.

Dr. Scott Wilson and nurse/midwife, Ann Diamond, shared their experiences with the Sunday Samoan, hoping to highlight the good amidst the bad. The epidemic has already claimed more than 40 lives, mostly of children under four.

Based at Leulumoega Hospital, the kiwis say the Samoan staff members have been welcoming, supportive and extremely hard working.

“They are such wonderfully stoic people,” Ms. Diamond said.

“They never complain and they have to work very, very long days and have their days off cancelled in a time of crisis.

“They just accept it. They have their pride in their country; they want to help their people.

“Everybody in this facility just gets on with it and we don’t even notice how they feel, they don’t tell us how they are feeling.”

Ms. Diamond has been in the vaccination clinic, getting through 900 people in a day at one point, as part of the nation’s mass vaccination campaign.

She said while many young children are not happy about getting immunised, the local team are talented at getting them through it.

“We tried gentle persuasion and sometimes it has been a little more forceful but everyone appreciates it is for the best,” she said.

“I have probably met well over 2000 people. I have enjoyed spending time with them and I want to keep doing it. A big part of my heart is in Samoa and will remain so.”

She said no one has complained about the vaccinations being mandatory under the state of emergency, but rather the opposite. People outside the priority target group (men over 20 years and adults over 35) have been arriving to get vaccinated and are somewhat disappointed to be turned away.

“But we apologised and they understood, we are just doing what we are told we have to do.” 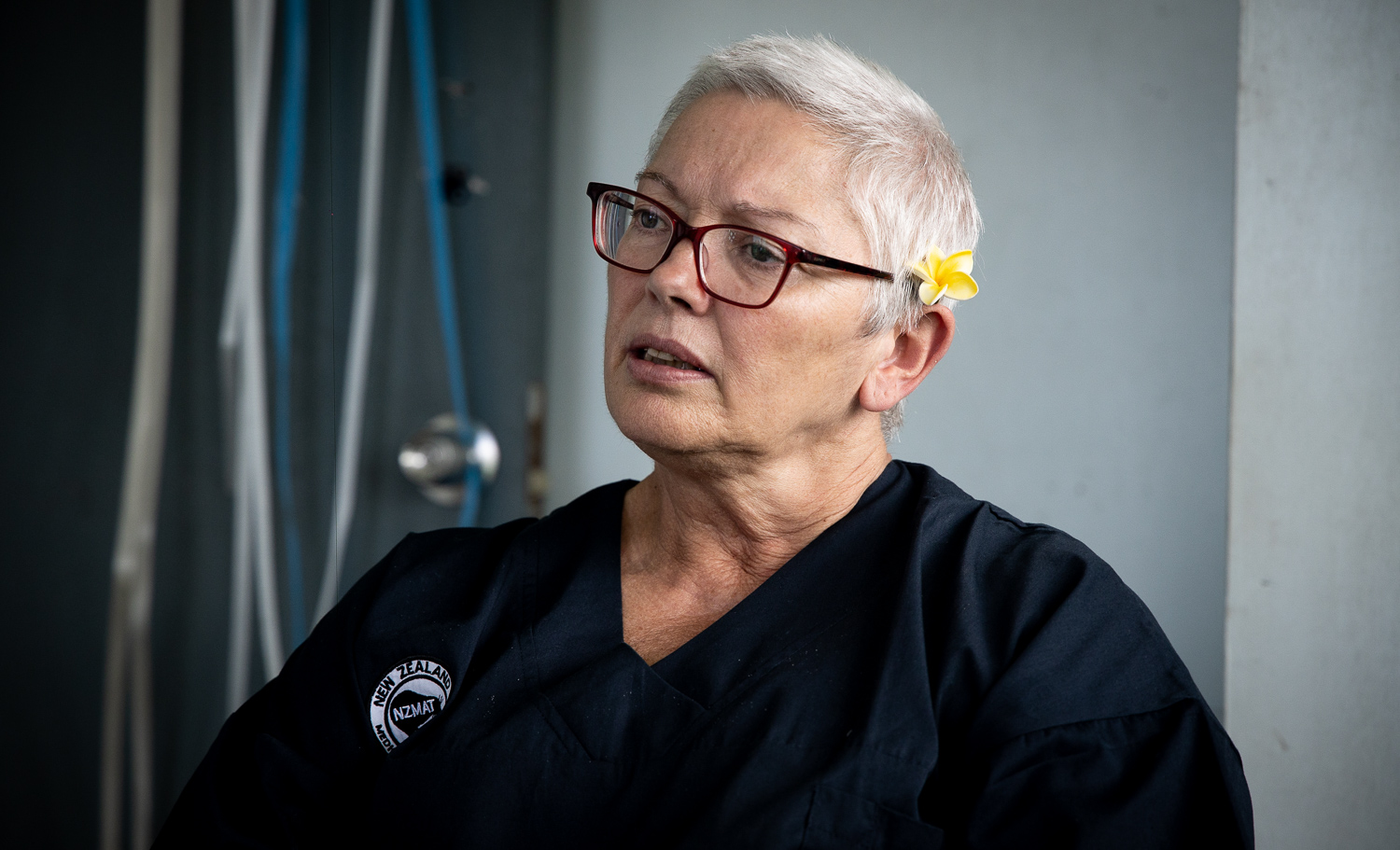 Dr. Wilson, who has been in the emergency and outpatient departments, said sometimes he has bent the rules for siblings of sick children to try and prevent further cases.

“I have politely brought a few down to Ann to see if we can bend the rules a little bit just to take advantage of the fact that they are already here,” he said.

For Dr. Wilson, his main challenge has been managing the numbers of people arriving at the ward each day. It has been unpredictable and often difficult to prepare for, but that people know the hospital is prepared to treat them is positive.

He said it is the first time an N.Z.M.A.T. team has been deployed to a humanitarian disaster rather than a natural disaster like a tsunami or earthquake. But as an emergency department doctor, he knows what his focus needs to be.

“I think we can only treat the patients in front of us. As doctor working in an emergency department, a patient comes in and you manage the patient on their merits.

“We see sick children every day. The volume is greater but you do your best for them, and that is all you can be asked to do.”

He said the strain on resources in Samoa is immense, with district hospitals doubling or even tripling inpatients.

When the team first arrived in Leulumoega on November 20, there were more than 30 patients dotted around the 16 bed ward. In neighbouring Faleolo Hospital, six or seven people were being treated in the three bed ward.

“If you are budgeting on having enough nursing, enough oxygen and enough equipment for three patients at a time and all of a sudden you have many more, it puts a huge strain on those resources,” Dr. Wilson said.

“Any hospital, even a highly staffed, highly funded hospital would struggle under the load we are seeing and I think the local staff, local nurses, the supply chains, have just done incredibly well.”

“I don’t think anyone should or could put any pressure on them. They have been working three weeks without a break because there just isn’t the manpower; they haven’t been confronted with these sorts of numbers before.

“We have been here ten days, they have been doing this for weeks and under extraordinary pressure.” 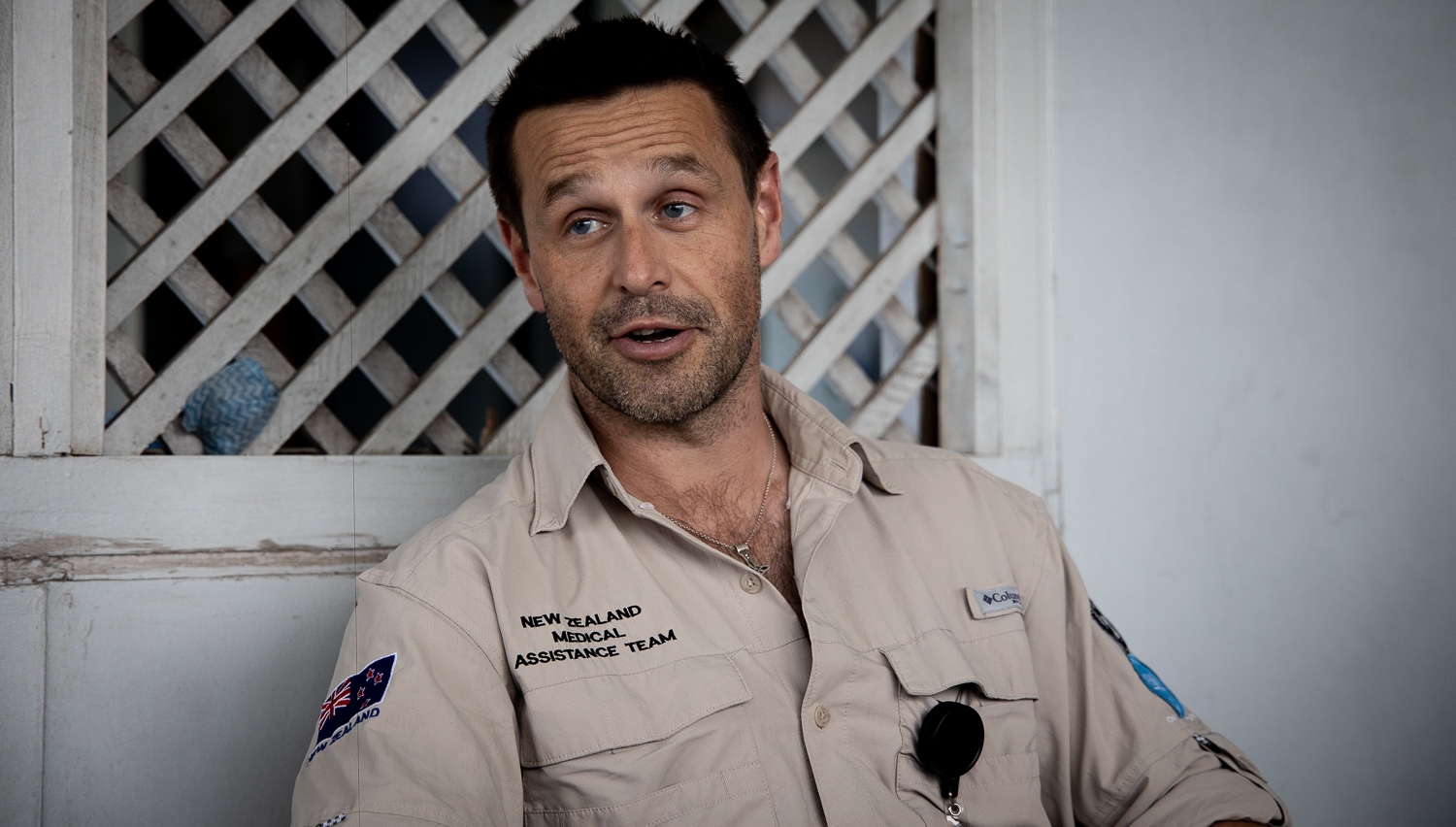 Ann Diamond, who has well as helping in the vaccination clinic has put her midwifery to good use and delivered three healthy babies, said she previously worked in Rwanda on the devastating measles epidemic there.

The national response to the epidemic was much the same, Ms. Diamond said. A mass vaccination campaign began and community halls were used to inoculate entire villages at a time.

“Someone would go around with a loudspeaker, same as here, encourage people to come and get vaccinated.

The team have formed strong connections with the district. People recognise them in supermarkets or on the seawall when they have a chance to relax, often with an ice cream from the gas station nearby.

Parents of recovered children embrace them, and show more confidence if they have to return, often with another child sick with measles.

“It is very easy to get lost in those numbers and in the overall terrible figures that keep coming out,” Dr. Wilson said.

“We went to get ice cream for half an hour the other day and one of my patients from last week was carrying her baby, with a big smile on her face, saying her baby is much better. That is fantastic.”

“For every terrible statistic that comes out when children unfortunately pass away there are 1000s [sic] that are being well treated, that are turning the corner and back up now running around, playing and enjoying themselves, and I think that is a huge tribute to all the hard work people are doing.” 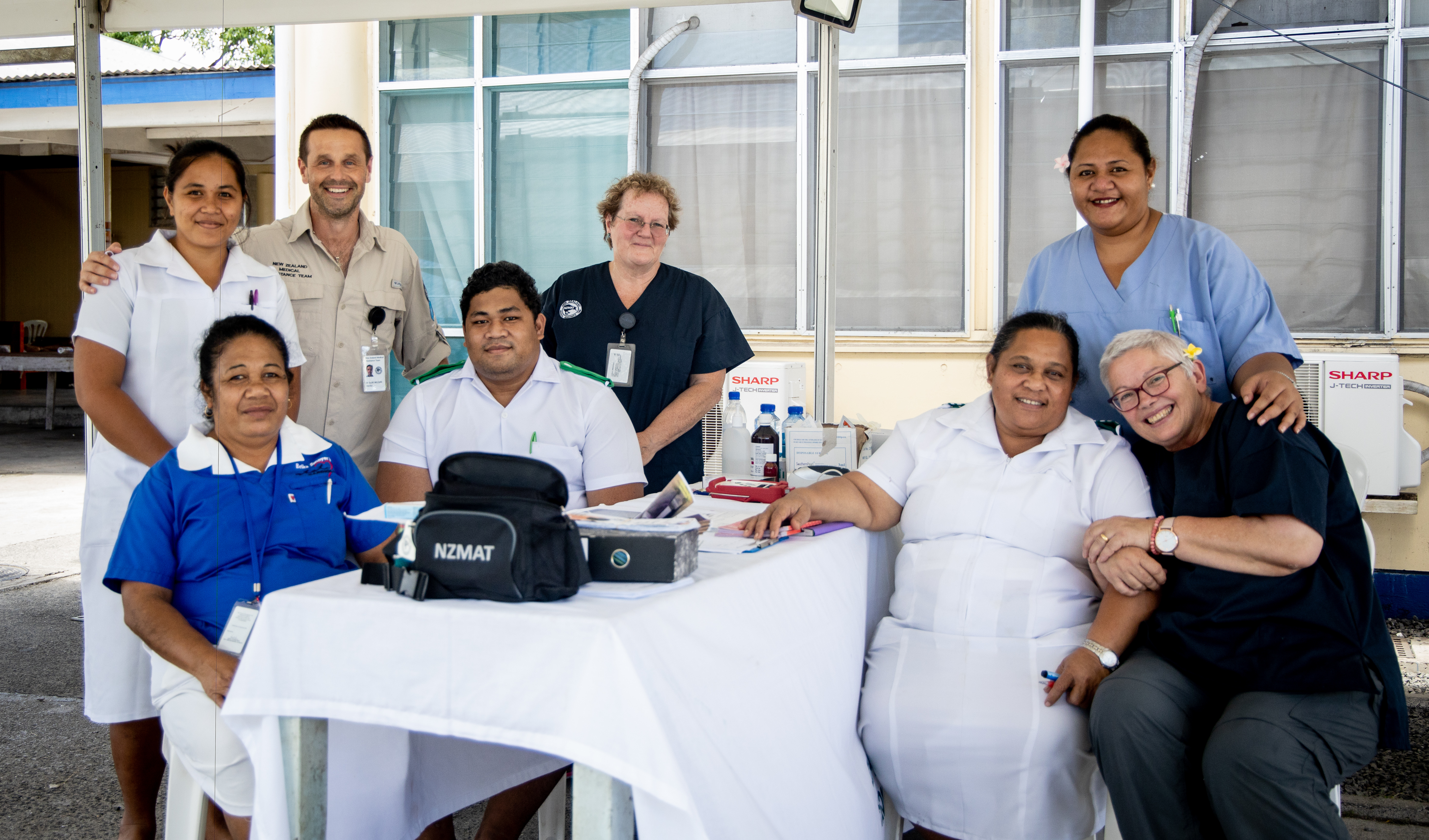