Samoa
Proof of Vaccination can only be issued by the Ministry of Health. (Photo: National Emergency Operations Centre)

The Ministry of Health is the only body able to certify proof of immunisation needed for travel to American Samoa while the public health emergency is ongoing there.

After two cases of measles were confirmed on American Samoa, the island closed its borders to anyone who could not provide proof they were vaccinated.

There have been “issues” over what exactly that means, Samoa’s Ministry of Health Director General Leausa Dr. Take Naseri said, which has now been resolved.

“We have finalised the document for proof of immunisation between American Samoa and Samoa.

The confirmation papers can be issued by the Epidemiology and Disease Prevention (E.P.I.) division at Tupua Tamasese Meaole Hospital in Moto’otua and two senior Ministry officials must sign it.

“That is the only thing they accept,” Leausa said.

“We have advised shipping agencies and now our airlines so that people know where to get it.”

There is a $10 service fee associated with getting the letter of confirmation. 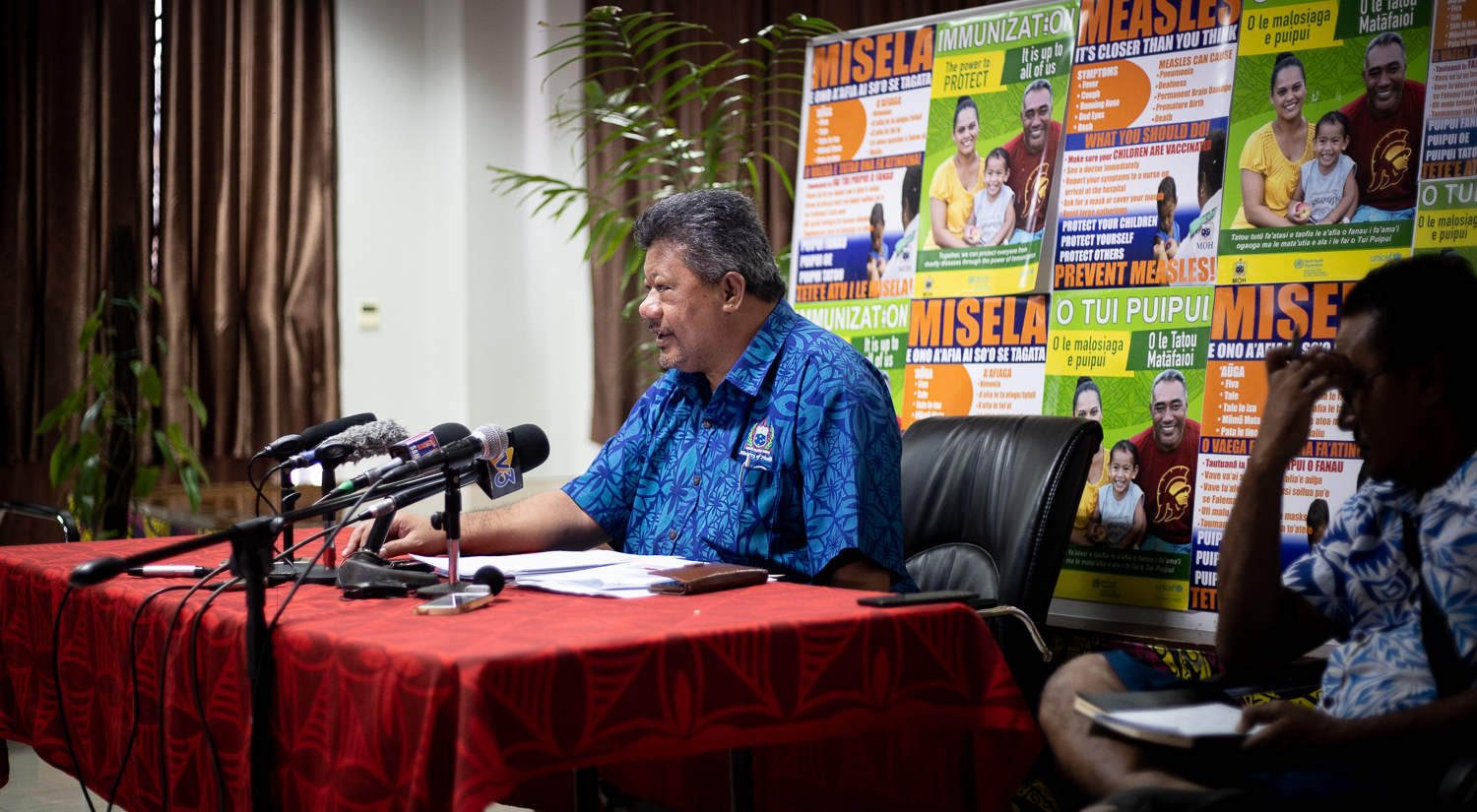 American Samoa’s state of emergency is valid until at least December 14, unless it is extended another 30 days by the Governor Lolo Matalasi Moliga.

The formalised arrangement will a relief to travellers, some of which have already been caught out by the unclear rules.

A New Zealander working in Samoa, who asked not to be named, said she and her business partner were kept waiting outside Pago Pago International airport for seven hours because the papers their New Zealand doctors had prepared for them were insufficient.

But on checking in to their Talofa Airways flight, the crew checked their papers and believed them to be what was required.

“It was the worst seven hours,” the woman said.

During the long wait in American Samoa before they could be returned on the next flight, the woman’s partner back in Apia took copies of the papers for stamps from the Ministry of Health.

According to the partner, the nurse attending to the matter thought their papers should have been enough proof. The nurse was able to stamp them and ensure they would get through when they tried again to get to Pago Pago the following day.

The worst part, the woman said, was she felt the airline was not properly notifying people that the certification was needed and to what standard.

But now that the Ministry of Health has decreed they are the only certifiable body, no one else will be stranded in Pago Pago for hours at a time.