American Samoa, in declaring a health emergency, is requiring passengers arriving on their shores to prove their immunisation status against measles.

Last Sunday, two Samoan children under five years old were put in quarantine after showing symptoms of the highly contagious virus. Their families are being monitored for signs and no new cases have been discovered since.

On Thursday, Samoa Airways received a directive from Governor Lolo Matalasi Moliga that all visitors must prove their measles, mumps and rubella immunity or be returned to Samoa.

The health emergency is valid for the next 30 days, subject to extension by American Samoa’s Department of Health.

Samoa Airways Chief Executive Officer, Seiuli Alvin Tuala, said he and the Ministry of Health are discussing the possibility of immunising people at Fagali'i Airport, as well as provide the necessarily documentation.

“We wish to inform all passengers travelling or intending to travel to American Samoa on our aircraft that all visitors must now also provide proof … measles immunity as a condition of entry into the territory of American Samoa as per an emergency declaration from the Governor of American Samoa,” he explained.

Passengers are being monitored for symptoms aboard their aircraft for ship before they depart by Department of Health staff, and those without proof of immunisation will not be allowed to leave the vessel.

In the days since the children were quarantined, Tafuna Community Health Centre has been offering vaccinations to those who require it up until 8pm.

KHJ News reports long queues spilling out into an additional marquee outside the centre.

Parents waiting their unvaccinated infants and children, some of whom faced suspension from their schools without the vaccine, told KHJ they didn’t mind waiting the entire day for their shots.

There are now more than 716 suspected cases of measles and 48 confirmed ones in Samoa.

On Friday, the nation's leaders declared a state of emergency, and international support from Australia and New Zealand is either en route or has already arrived in Samoa.

The following is the statement issued by Samoa Airways:

Samoa Airways has received a directive from the Office of the Governor in American Samoa that all visitors travelling from Samoa into American Samoa must provide proof of MMR immunisation or Immunity.

The new border control restriction came into effect on November 13, 2019 when the American Samoa Territory declared a Health Emergency signed by the Governor of American Samoa, Lolo M. Moliga.

CEO for Samoa Airways, Tupuivao Seiuli says it is vital that all visitors travelling to American Samoa through Samoa, comply with these new conditions to reduce further disruption to their travel plans and assist our neighbours in their efforts to contain the recent outbreak of measles.

The declaration letter further advises that any visitor who fails to provide such proof on arrival will be denied entry and placed back on the arriving vessel and returned to point of origin.

“The duration of this declaration is thirty days and is subject to extension by the Director of the Department of Health in American Samoa.” Said Tupuivao Seiuli

“We are currently in discussion with the Ministry of Health about the possibility of including an immunisation booth at Fagalii Airport with medical personnel to administer the vaccine and issue certification to passengers.

Samoa Airways will continue to keep our passengers informed and up to date with any further developments.” 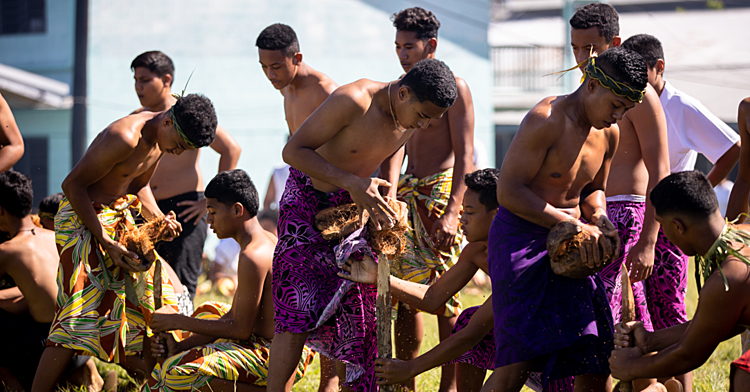