The black Silverado that was searched by the police at the Fagalii Airport this afternoon. (Photo: Vaitogi Asuisui Matafeo)

A businessman whose pick-up truck was raided at Fagali’i Airport on Friday, says he is considering suing the Police after being "embarrassed" to find himself at the centre of a large-scale operation.

More than 20 Police officers and a canine drug detector executed the search on  the Chevrolet Silverado, which was led by Police Commissioner, Fuiavaili’ili Egon Keil.

It could not be independently corroborated if the Police found what they were looking for but the businessman claims the Police did not find any criminal material.

Attempts have been made to get a comment from Police Commissioner Fuiavailiili. 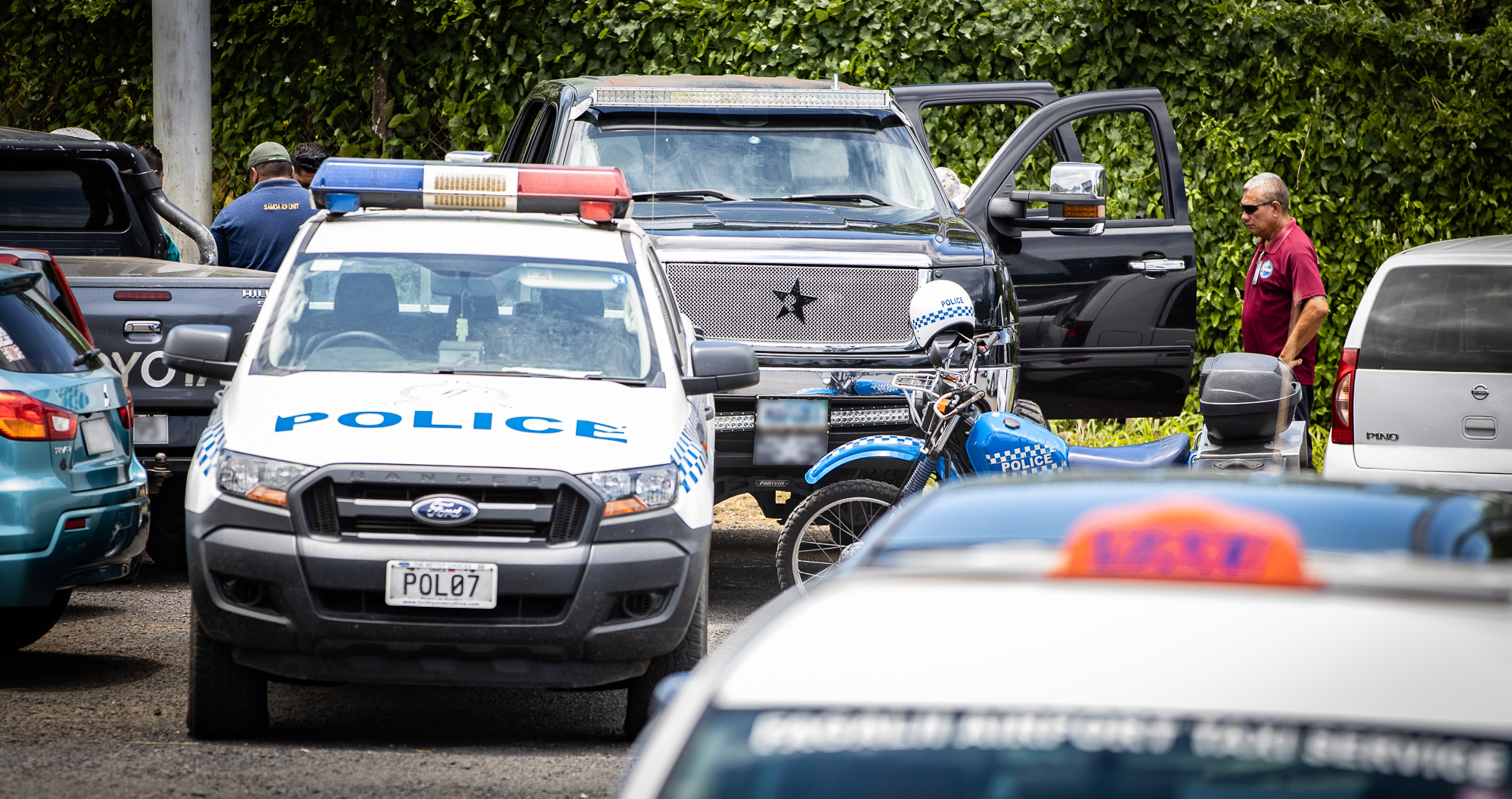 The owner of the vehicle and businessman, Alovao Mafua, told the Samoa Observer, the Police found nothing in his car and he was entirely surprised to find himself surrounded by Police.

Alovao said he invited Police to search the vehicle.

“I asked them for a warrant but they did not have one,” he alleged, adding he was deeply embarrassed by what had happened.

"A lot of people were at the airport and saw how my car was searched as if I am a criminal".

Alovao is the Owner of  M.S. Rentals and M.S. Auto Service at Mulifanua.

The raid at Fagalii followed the biggest drug raid in the country executed by the Police last Friday at Faleatiu.

That raid, described as one of the biggest seizures in Samoa's history, netted a haul of more than 10,000 marijuana plants.

Alovao is a previous resident of American Samoa but moved to Mulifanua to start afresh, he told the Samoa Observer in an earlier interview in 2017. At that time he said his business interests included a car wash, a rental, tents hire and a shop.