A brass band from the U.S. Navy will be among the attractions at this year’s Samoana Jazz and Arts Festival in Samoa.

Speaking at the launching of the Jazz festival at the Sinalei Reef Resort on Wednesday, one of the festival’s founding members, Tuatagaloa Joe Annandale, said he is grateful the event continues to grow and others have continued with the tradition, after he called time on his involvement and retired. 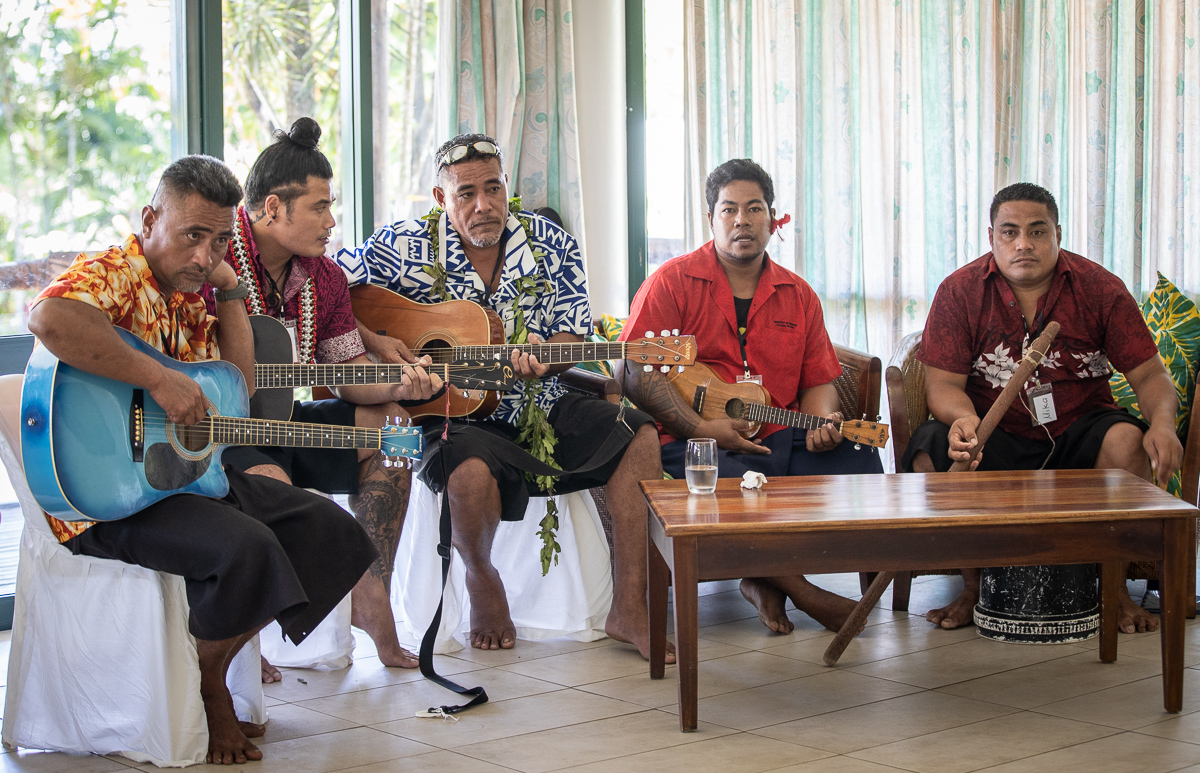 “Although I am not deeply involved with the Samoana Jazz, I do help where I can,” he said.

This year BIG WAVE was introduced to the local audience including Tuatagaloa and they later performed in the evening.

Part of the festival’s programme included workshops for the festival’s local and international musicians, which Tuatagaloa said was a great idea as bands from other resorts such as Return to Paradise, Coconut Beach Club and Saletoga Sands Resort also participated. 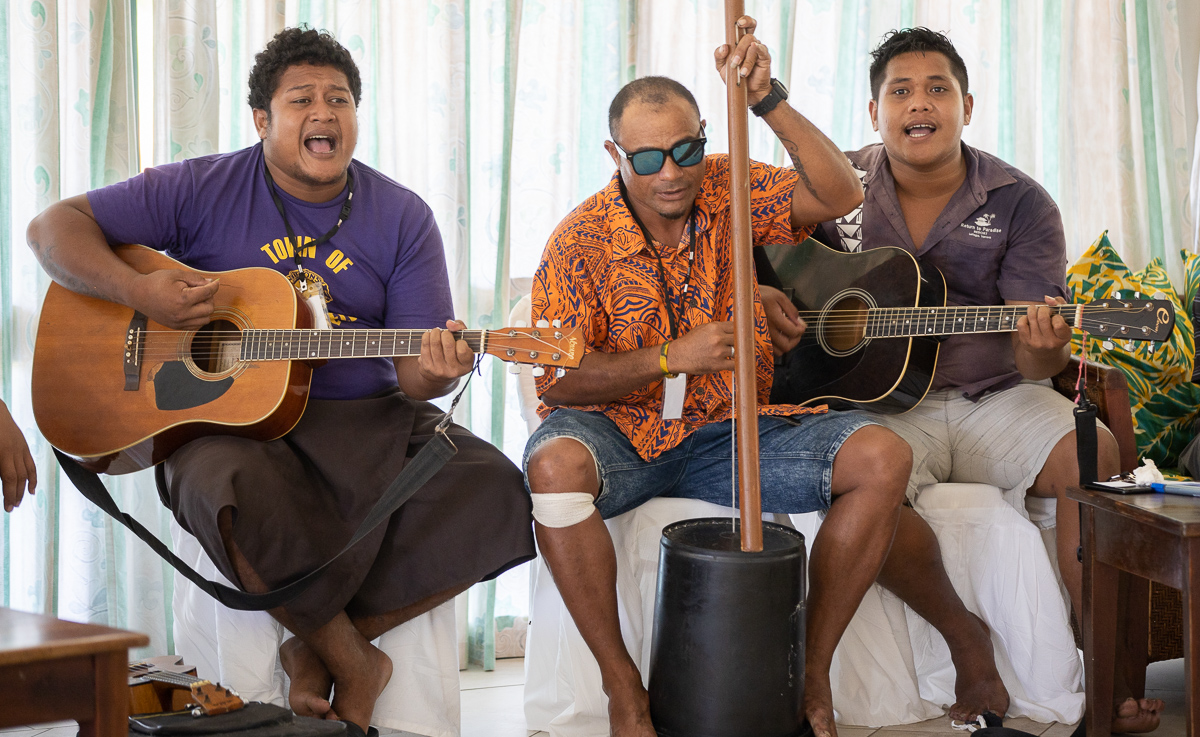 “I’m very happy that most of them have turned up,” he told the Samoa Observer in an interview.

Among the musicians was a group from Poutasi village, whom Tuatagaloa brought along as he wanted them to learn as much as they could at the workshop.

“I’ve brought them along as I think that they’ve got something to learn from this workshop experience,” he said.

Speaking on behalf of the U.S. Navy band BIG WAVE, MUCS Senior Chief Andrew Conover said they were full time musicians for the U.S. Navy and are part of the Public Affairs Community within the navy. 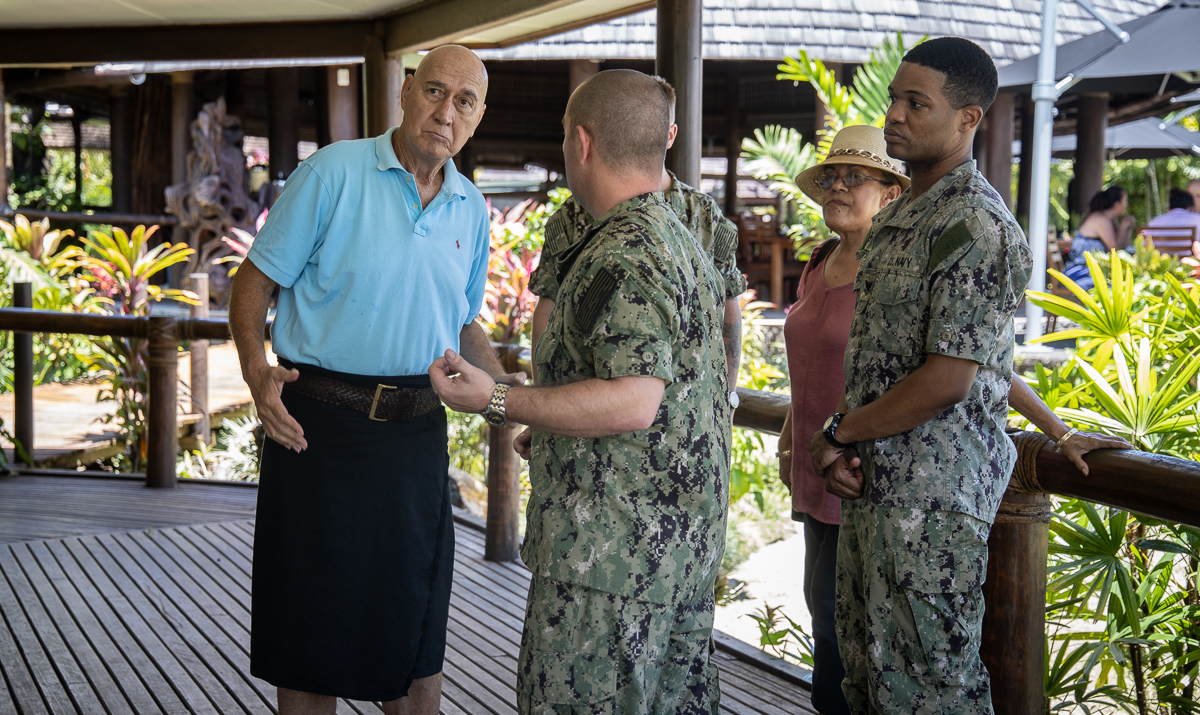 “We work for the Public Affairs Community within the US Navy and whenever the US Navy wants to make a presence, reach out a hand of support or friendship to a community and their area of responsibility, we are a tool that they use often because music is a universal language and it can cross off a lot of boundaries,” he said.

Mr. Conover said they were happy to be part of the festival programme and share their music with Samoan musicians and the community.

“The US Navy hasn’t been here in a little bit so we came out here just to be able to make that presence and be able to be a part of the community, enjoy all the great people and share our music from the mainland with the Samoan Musicians here in this community,” he said. “My band, this particular unit, has never been here. However, the Pacific Fleet Band has had groups come in the past.” 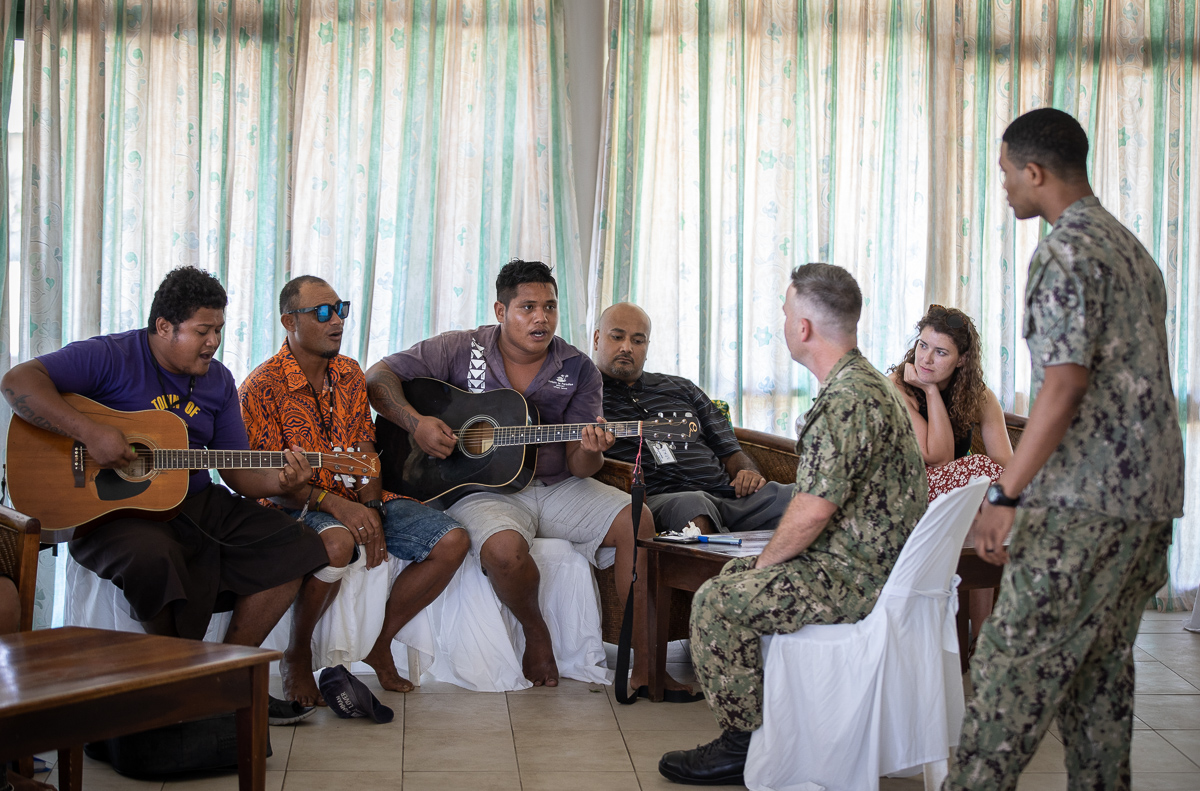 Having arrived in Samoa, Mr Conover said they are listening to more island music and are impressed with the quality.

“We’re listening to more island style music and more music coming culturally from Samoa as we come from a different musical perspective from the mainland of a jazz and blues background,” he said. “So we’re really just listening and being impressed and just enjoying its beautiful music. Every bit of it that we’ve heard so far has been really awesome.”