Manu Samoa legend Pat Lam has been honoured as a short-listed nominee for an all-time Rugby World Cup XV .... but as a New Zealand player.

The Rugby World Cup website invites fans to “pick your greatest World Cup XV and share it to show who makes the cut” via the Greatest XV interactive app on their website.

But despite being pictured in the famous blue jersey of the Manu, Lam is listed as a player from New Zealand, like fellow nominees Zinzan Brooke and Kieran Read

The number eight played in 34 tests for the Manu Samoa and helped them advance out of the pool stage at the 1991, 1995 and 1999 World Cups, a far healthier international resume than the single non-test match he played for the All Blacks in 1992. 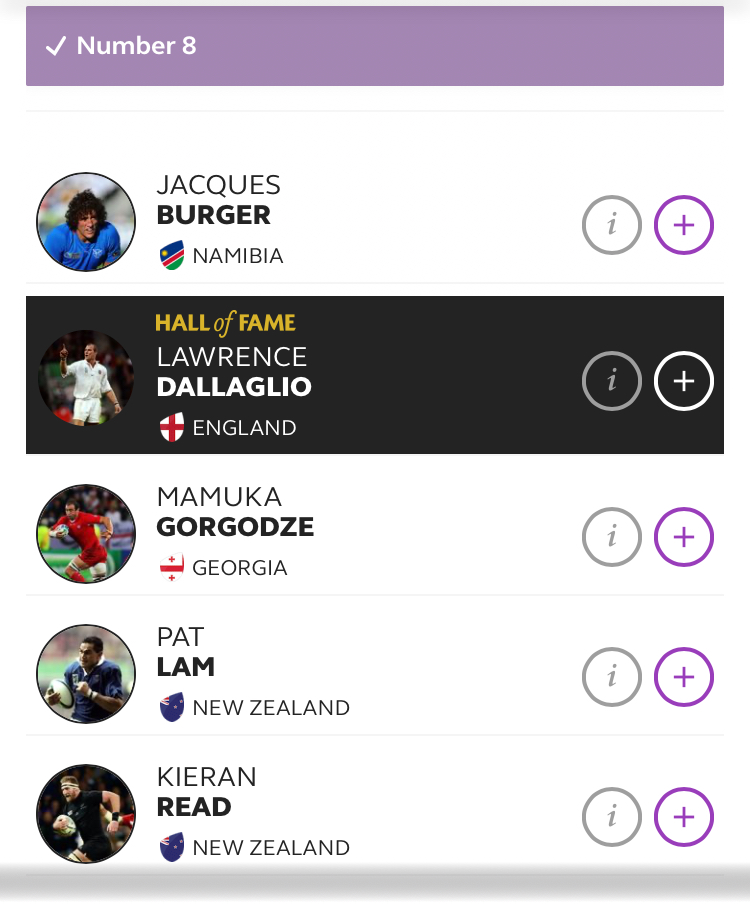 Lam had no comment on the mix-up other than to say he enjoyed those three World Cup campaigns and that history has proven how difficult it is for Samoa to make it out of the pool stage.

The app allows fans to choose between six players in each position, with fellow Manu legends in World Rugby Hall of Famers Papali'itele Peter Fatialofa, Lauli’i Michael Jones (also listed as a New Zealand player) and Muliagatele Brian Lima also getting the nod at their prop, flanker and wing.

The Samoa Observer has contacted World Rugby for comment.