Robert Louis Stevenson Senior School has celebrated the achievement of their Robotics team that has just returned from Dubai.

An ava ceremony was staged on Wednesday to welcome back their peers.

The five students were awarded as gold medalists for being the most courageous team out of the 193 teams that participated in the global competition. Samoa placed 26th, two places behind Australia at 24th.

Team Captain, Marion Fruean, said the achievement means a great deal for them individually, not only in making their country proud, but also their parents. 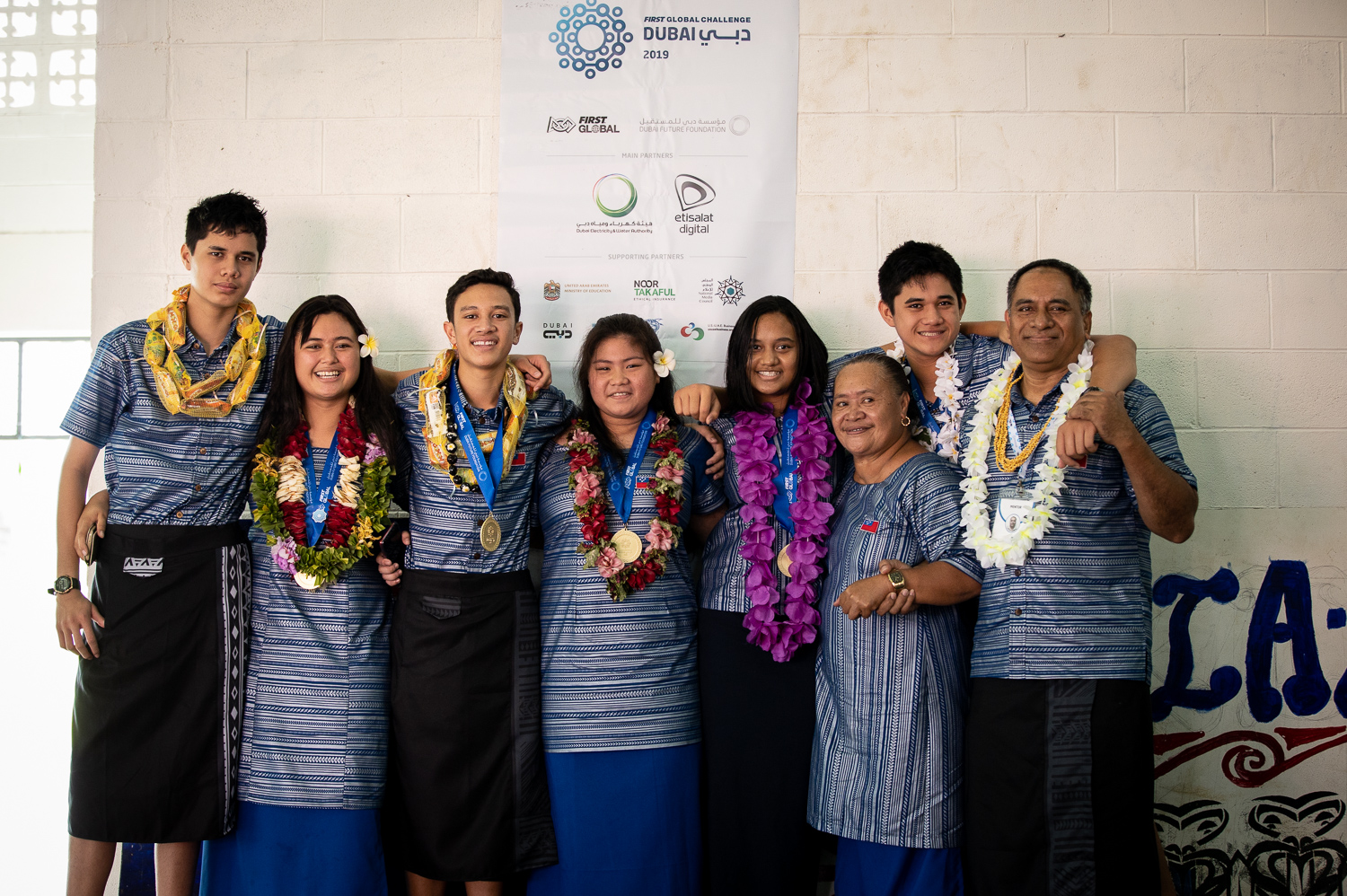 "Especially with that fact that you know we come from a very small country," she said.

"Basically no one knew us in the competition and to have us defeat much more developed countries and win gold for courageous achievement, it's an amazing feeling."

Their competing robot was named after 'Bob Titilo' from latest movie, Take Home Pay, as Bob the Robot.

"At first we were in doubt of our robot because every other developed country had very big and complex robots which scared us a little," said Ms. Fruean.

"But it didn't mean that we were going to give up. Although our robot is very simple we were able to defeat some of the most developed countries with Bob.

"We learned that the size of the robot doesn't matter, it's the team's determination and ambition on winning."

The team members were considered 'model students' by the teachers and staff at the ava ceremony, saying they are the epitome of teamwork, from parents, mentors, teaching staff and students.

This teamwork, was the highlight for Team Captain Fruean.

"I think the highlight was to see my team come together because we all have very different personalities and different sets of skills but we all managed to come together as one to serve one purpose.

"To make everyone proud by giving it our very best. We made a promise to everyone in the country before we left that we weren't just going for the sake of going we went to represent not only our selves but also country." 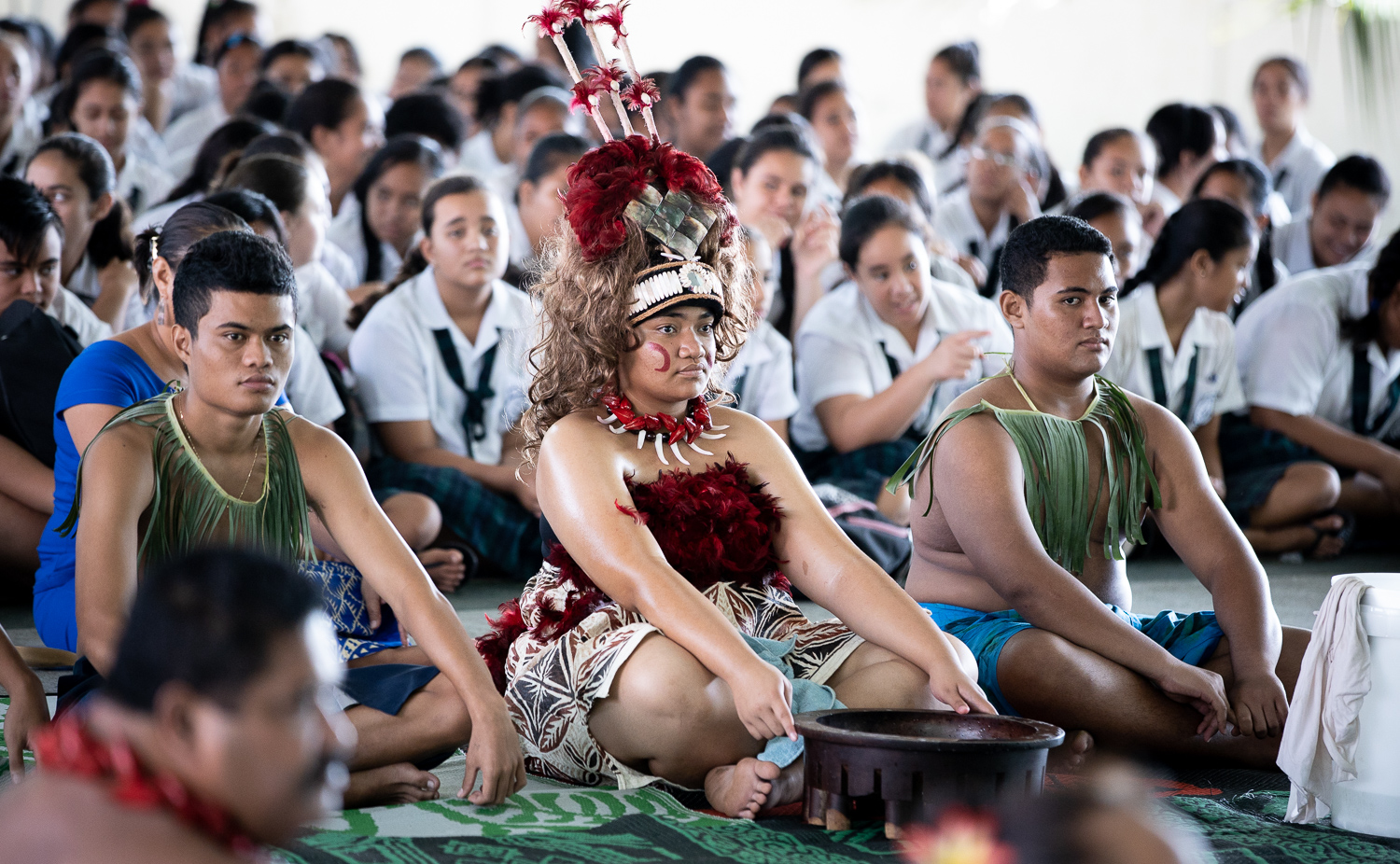 The event was concluded with an exchanging of gifts between the traveling team and the school.

The group mentor, Le Mamea Sia Matalavea, who traveled with them to Dubai said the students did so well, he does not have the exact word to describe how happy he is as one of the mentors that were involved in preparing the students for the event.

"They have achieved a lot, especially as a first time (participants) from Samoa to be sent to a competition like this and they won a gold medal for the most courageous team."

Ms. Fa'asau said the award was deserving of the student's efforts, "because that's what they were."

"I think the reason why the students won the award is because the judges came around and asked same questions (about challenges)," she said.

"And the kids, they knew the challenges. All the difficulties because this is something new. We don't have robotics anything in Samoa going."

Ms. Fa'asau said definitely Samoa has the potential in the areas of robotics, and the group of students showcased this.

Le Mamea said it is good to have the students experience the international competition as they should now help out with future teams.

"They can be very good ambassadors to promote STEM (Science Technology Engineering and Maths) as well as robotics activities," he said.

We should also have local competitions in robotics, that will build the confidence in our children and future teams so that we'll be able to improve every time.

Other mentors during the preparations of the students include, Sleepwell Company General Manager, Teleiai James Potoi and Fonoti Ferron Fruean who was helping out with the design.