The Church of Jesus Christ of Latter-day Saints (L.D.S.) has opened its Apia Samoa West Stake Center at Vaitele-uta.

Members of the community as well as government officials and church leaders converged on the newly built facility on Saturday to witness its opening.

The L.D.S. Vaitele Uta President, Simon Vaoifi, told the Samoa Observer that the increasing migration by people to Apia for school and work compelled the church to build the facility.

He said an increasing number of people who attend the church had moved from Levi Saleimoa.

“We moved from the Levi Saleimoa area which ended up losing two units Faleula Tai/Uta as well as Malie Uta wards Tai and were left with six wards” he said.

There are now six wards which comprise two from Tulaele, two from Vaitele and two from Siusega while a new ward was created in Siusega and renamed the Vaitele Uta ward.

Therefore, he said the wards now total seven and are the Tulaele 1 and 2, Vaitele 1 and 2, Suisega 1 and 2 and Vaitele Uta. 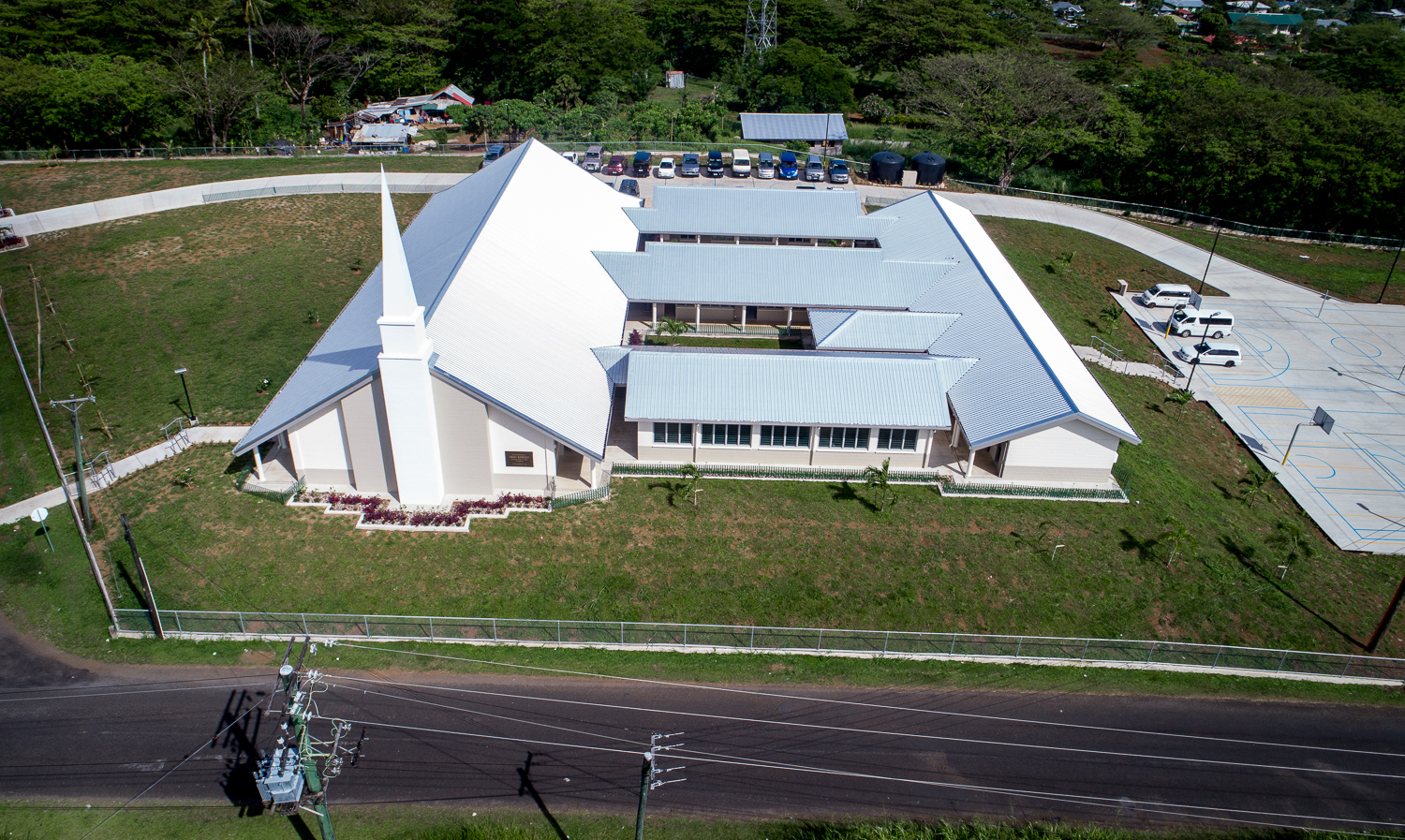 The funding for the new L.D.S.-owned building came from the tithes given by members of the church in Samoa and around the world.

Approval for the funding of the construction of the new facility at Vaitele Uta came from Utah, Mr. Vaoifi said while adding that the growth in their church members was a major a factor.

“We run this program where we want to meet our neighbors in this area and getting them to know about us, and moving to a neighbors and not knowing them will be something that I find it’s not good,” he said. 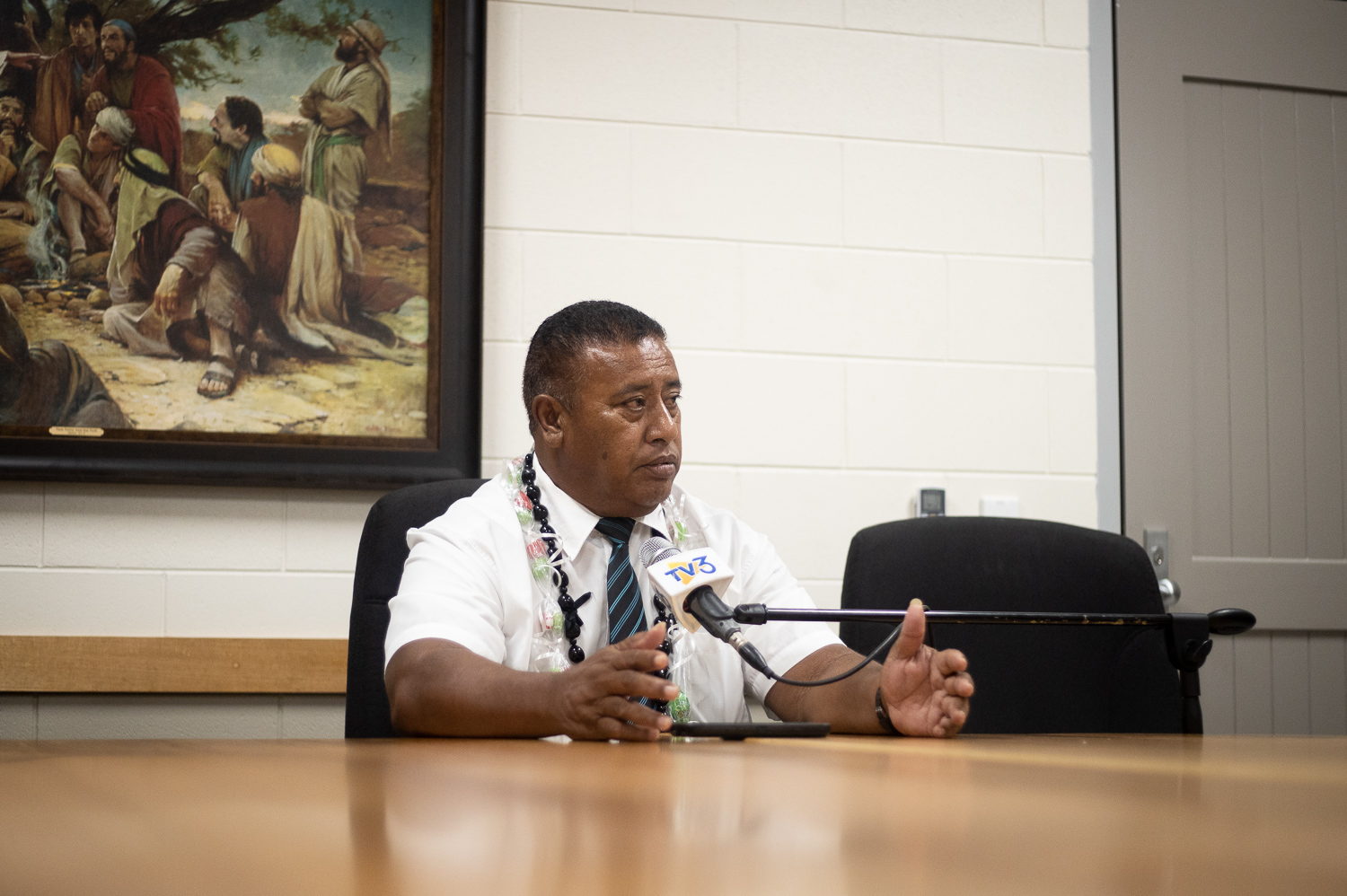 Tiaoa Malaki Magele, who is the First Council President, told this newspaper that the Apia Samoa West Stake Center will have two church service every Sunday with one in the morning and the other in the evening.

“Now the members of the church who are living here can now use this new church and this will also prevent them from going far to other wards for Sunday service,” he said.

The new L.D.S. church building has a classroom for people to use when they have Sunday service and also conduct youth programmes and other events. 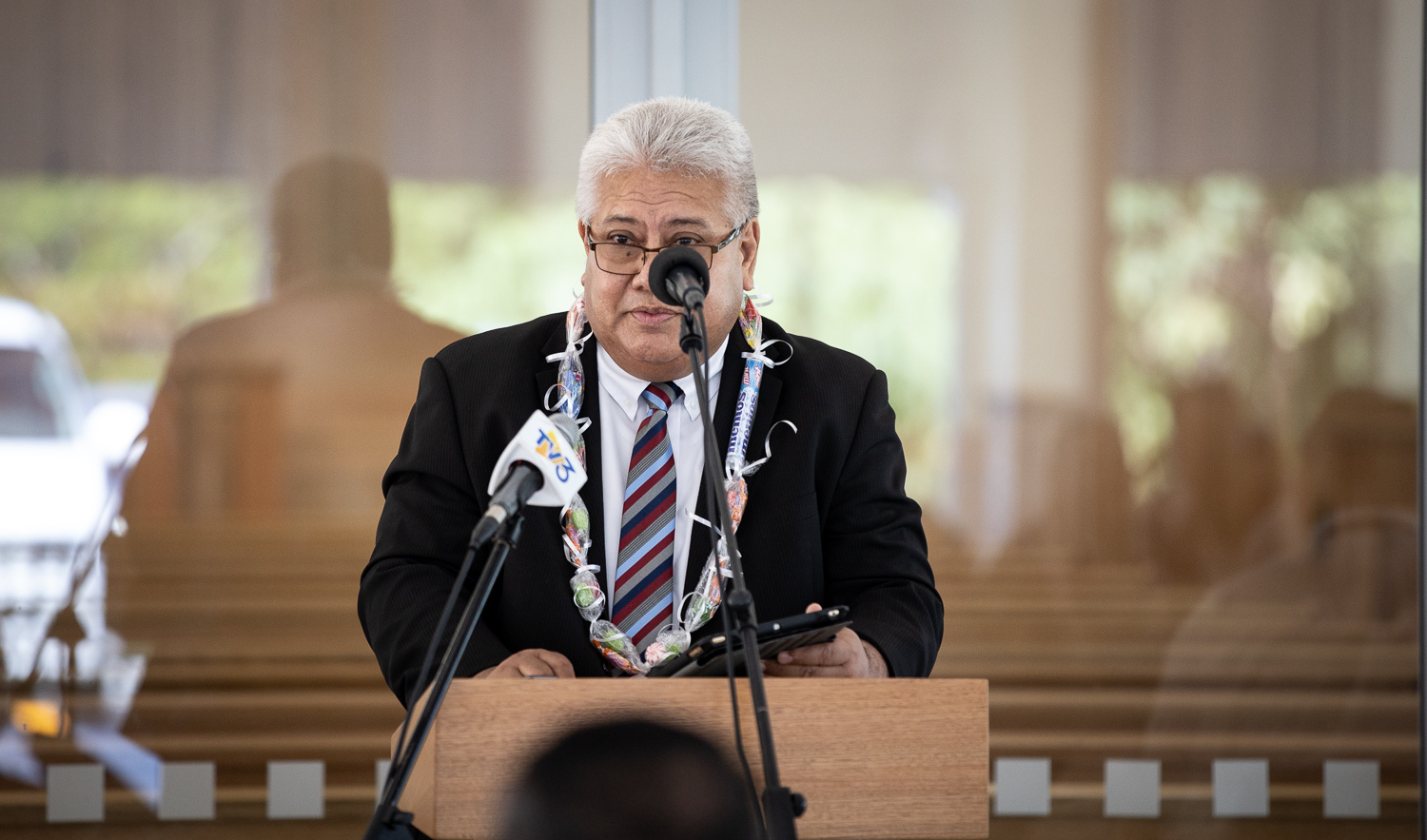 Non-church members and government officials were given a tour of the new facility and were advised what each room will be used for.

Mr. Vaoifi said that he is looking to establish eight wards in the Vaitele Uta ward due to the increasing of church members.