Samoa joined the rest of the world in celebrating the United Nations Day on Thursday evening in Apia.

And the international organisation's Regional Coordinator Dr Simona Marinescu says the U.N. has always appreciated the kind of commitment Samoa has in their relations.

Samoa has been closely working with the United Nations since it declared its independence in 1962.

Dr. Marinescu spoke highly of the Samoan Prime Minster for pushing Samoa as a leader country in the “alignment of the small islands with the values of the United Nations.”

“We are very proud of this very small nation and there are big countries at the General Assembly that do not have the exposure of Samoa.

“Because Samoa is trusted and Samoa is very articulate, they know exactly what to say. They know a lot about the U.N. system and development cooperation so they speak in a knowledgeable way that we appreciate very much.

“So I think Samoa deserves a better U.N. and that’s the commitment that we’ve made here.”

She stressed that the U.N. can only work when there is a request for its services, as well as the cooperation of its government and civil society and partners.

“So over [the] years, we think part of Samoa’s development and success could be linked to the access of development cooperation that U.N. facilitated,” she said. 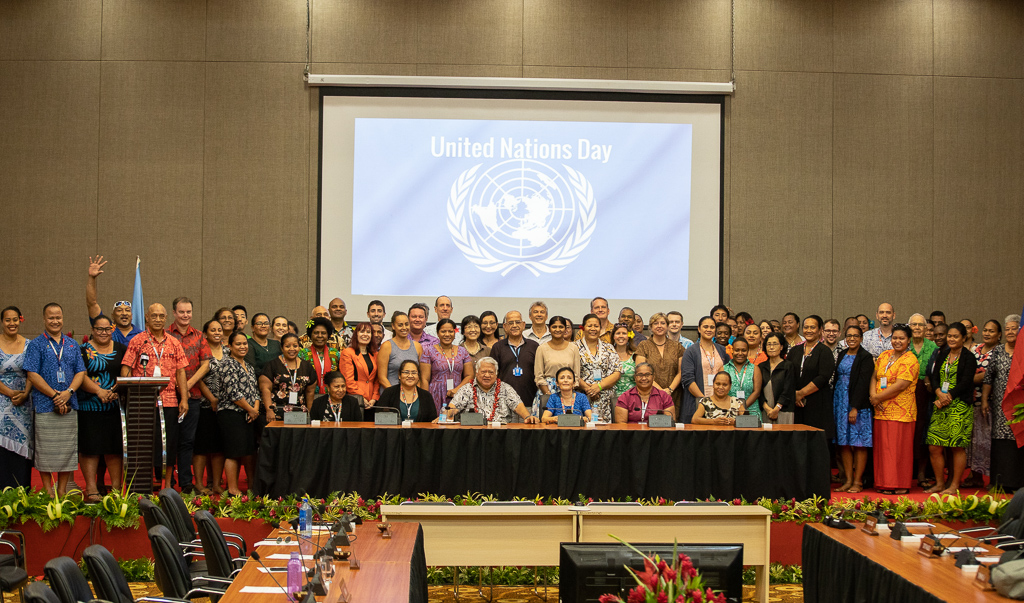 The U.N.’s spending last year into Samoa was about US$29 million, said Dr. Marinescu.

She said there is much more needed funds to come through but in addition to the money, the UN offers more than that, in terms of knowledge, expertise and capacity built into the country.

“That doesn’t really have a price tag and if you ask me how much is in the life of Samoa, we always have a problem in attributing progress to our work because every time we speak about results, we mention that those are the results of the country.

“So we are here to support and everything that is achieved belongs to the country.”

Moving forward, Dr. Marinescu said the U.N. has a series of priorities they are looking into for Samoa, such as designing a social protection system in Samoa.

Samoa is one of the very few countries that were given access to the Sustainable Development Goals fund of SGD$3 million US dollars to build what she described as a total redesign of what social protection looks like.

She mentioned that Samoa’s biggest problem today is that it has one of the lowest employment-to-population rate in the world.

“So what happens to the rest? The rest are farming but they are not covered by social protection; when they get sick, they do not have a replacement for their income.

“When there are disasters and farms are destroyed they will not have a source of income.”

The U.N. in Samoa aims to tackle all these areas under their social protection umbrella in the long run.