At the commissioning service at Matautu, Prime Minister Tuilaepa Dr. Sa'ilele Malielegaoi challenged the Nafanua crew to be fully committed to regional operations that the vessel will become actively involved in.

"I challenge the Nafanua crew to utilize the skills and trainings gain from your Australian counterparts in order to protect our country and our region," said Tuilaepa.

"Be fully committed to annual regional operations that Nafanua II is actively involved in, not only to learn and foster networking but importantly to prevent the influx of such unwanted intended crimes from reaching the shores of Samoa." 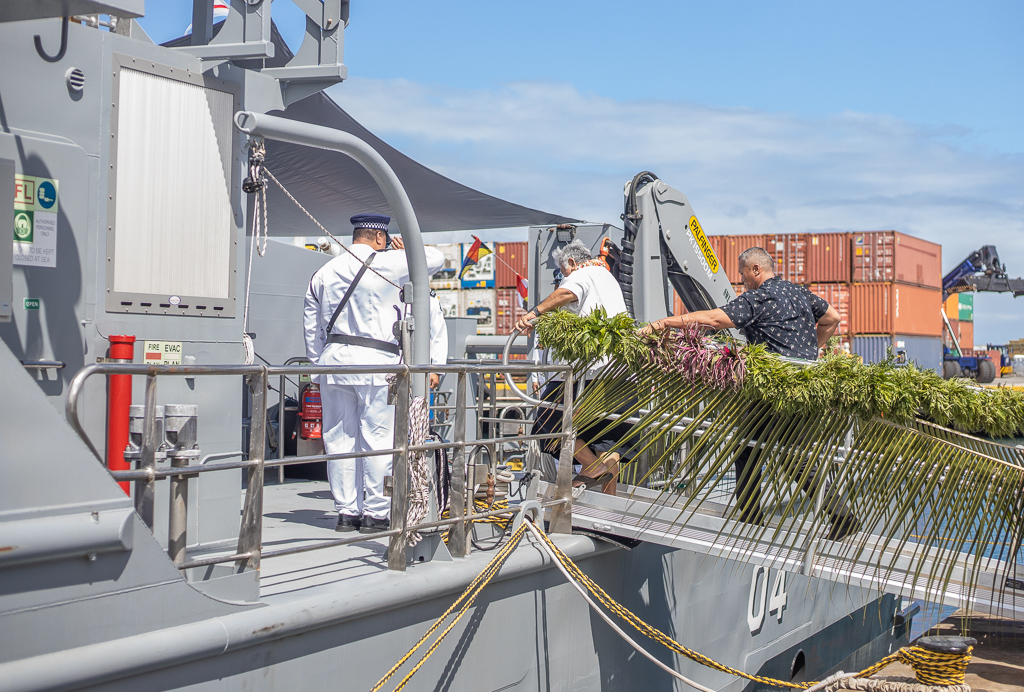 The Prime Minister highlighted that the welcoming of the new $30 million tala “Guardian Class Patrol Boat – Nafanua II” from the Australian Government is "essential" to the protection of Samoa's borders.

It is designed to accommodate a 23 crew members (both male and female), which Police Commissioner Fuiavailiili Egon Keil said he was pleased to hear.

"It takes more crew than ever before," he said.

"I think what's really special about this new crew and new boat is that we have got three females on this boat; never before, we are the first one in the Pacific Island region to actually have females on board, so we're taking the lead in identifying this gap and have increased the capability of our police women." 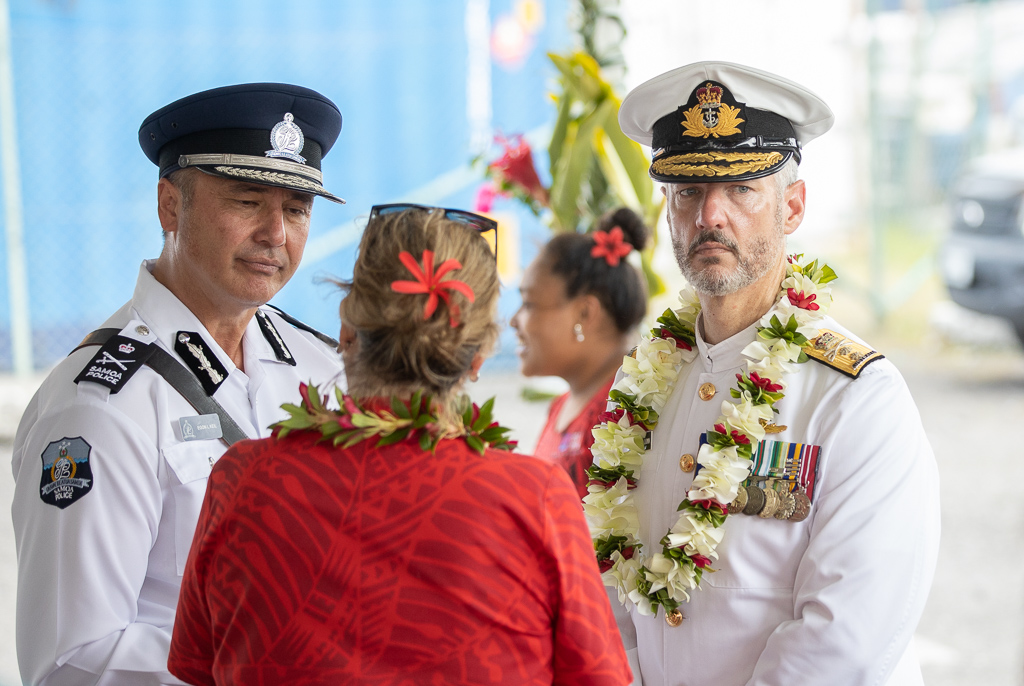 The vessel also comes with a stern launching ramp for the fast rescue boat, certified by SOLAS, driven by two 90 horsepower Yamaha outboard motors, the fast rescue boat can seat 15 crew; and has a cargo deck area of 16m² for shipping containers to be embarked for HADR operations.

The Police Commissioner reminded the people that this is one of the tools that they receive to keep the country safer but the resource is not limited to them.

"We're talking about border security, and this boat is not just for [Police]," he said.

"We are not going to try and limit its use to the Police, no, it is for customs, it is for immigration, for quarantine and for border security agencies to patrol our EEZ to get rid of these people who come in here with their illegal fishing boats, that needs to stop."

Guests and families of the crew who were present were given the chance to tour the vessel as well as a 30 minute joy ride to experience the Nafanua II out at sea.

In June this year, the ship's crew of 21 maritime Police officers sailed Nafanua I – which is the predecessor to the new ship – to Australia to bring to an end its 30 years of service to Samoa. The crew which included three females underwent four months' intensive training to familiarise themselves with the new ship's capabilities before returning with the vessel early this month.