An aerial view of the work in progress at Samoa Fiafia Park (Photo: Misiona Simo)

A near vintage carousel and the beginnings of an outdoor amphitheatre are the first rides to arrive at the site of the planned new amusement park in Tafaigata, Samoa Fiafia Park.

Samoa’s Magic Circus ringmaster and amusement park founder Tupa’i Bruno Loyale said he is still expecting five more containers of parts and rides, including a 100-foot tall, 16-seat Ferris wheel, what he calls one of the most important things the park needs.

Tupa’i said the ride is a traditional model of Ferris wheel which operates on a hydraulic system, not a chain. 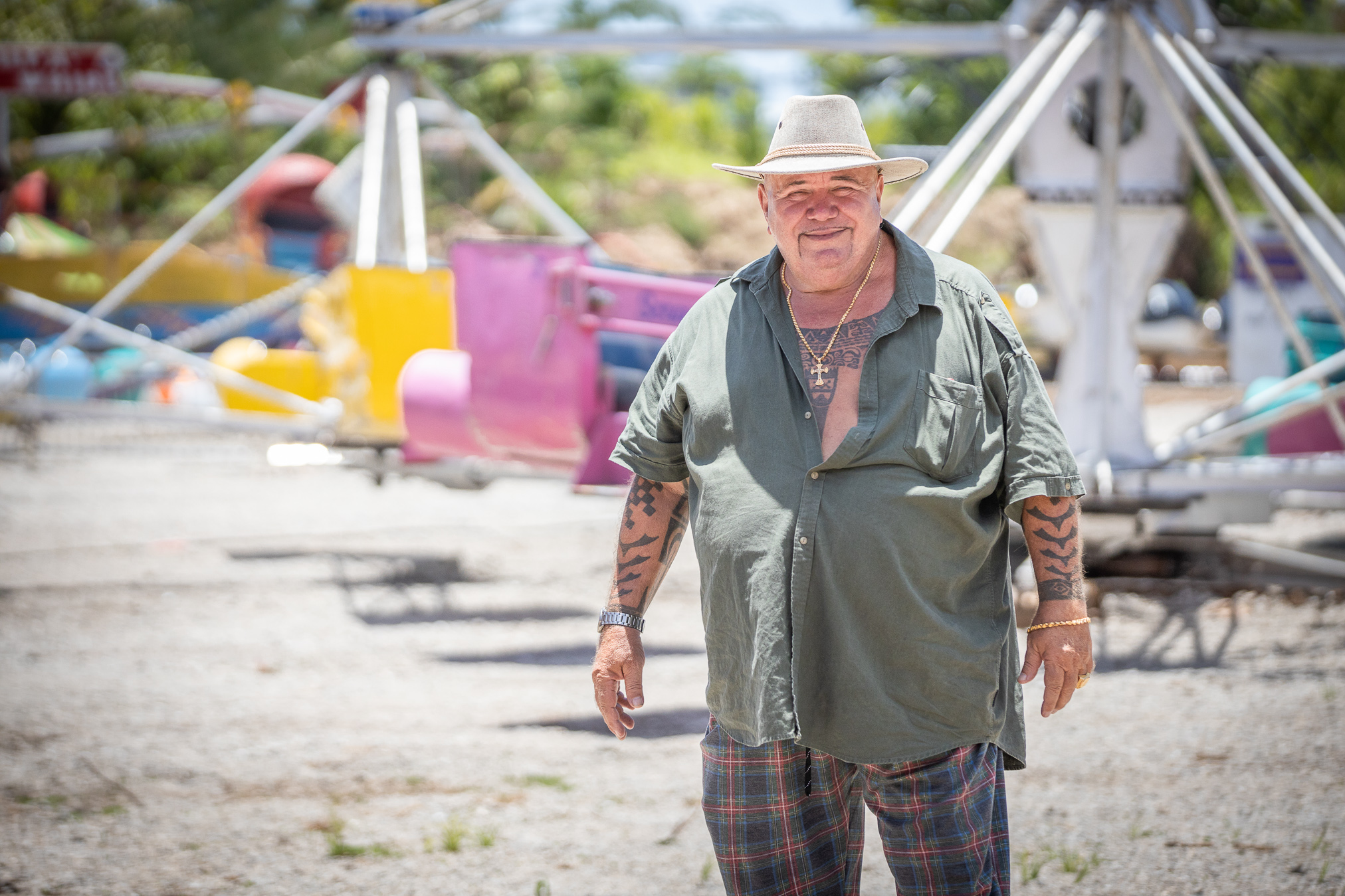 Tupa’i hopes the park will be open before Christmas. Doug Clark, a ride inspector from America, has come over to help with the park's installations.

Among the rides on offer are classic children’s rides such as a horse carousel, a spinning "teacup" ride and a miniature train.

The carousel, or merry-go-round, was among the most challenging installations to source, Tupa’i said, because he was insistent on one with a vintage look.

“People who have them don’t want to sell them,” he explained.

He finally found one in Florida; it will be given pride of place in the front of the park.

“I found half-a-dozen small ones but they weren’t what I was looking for.” 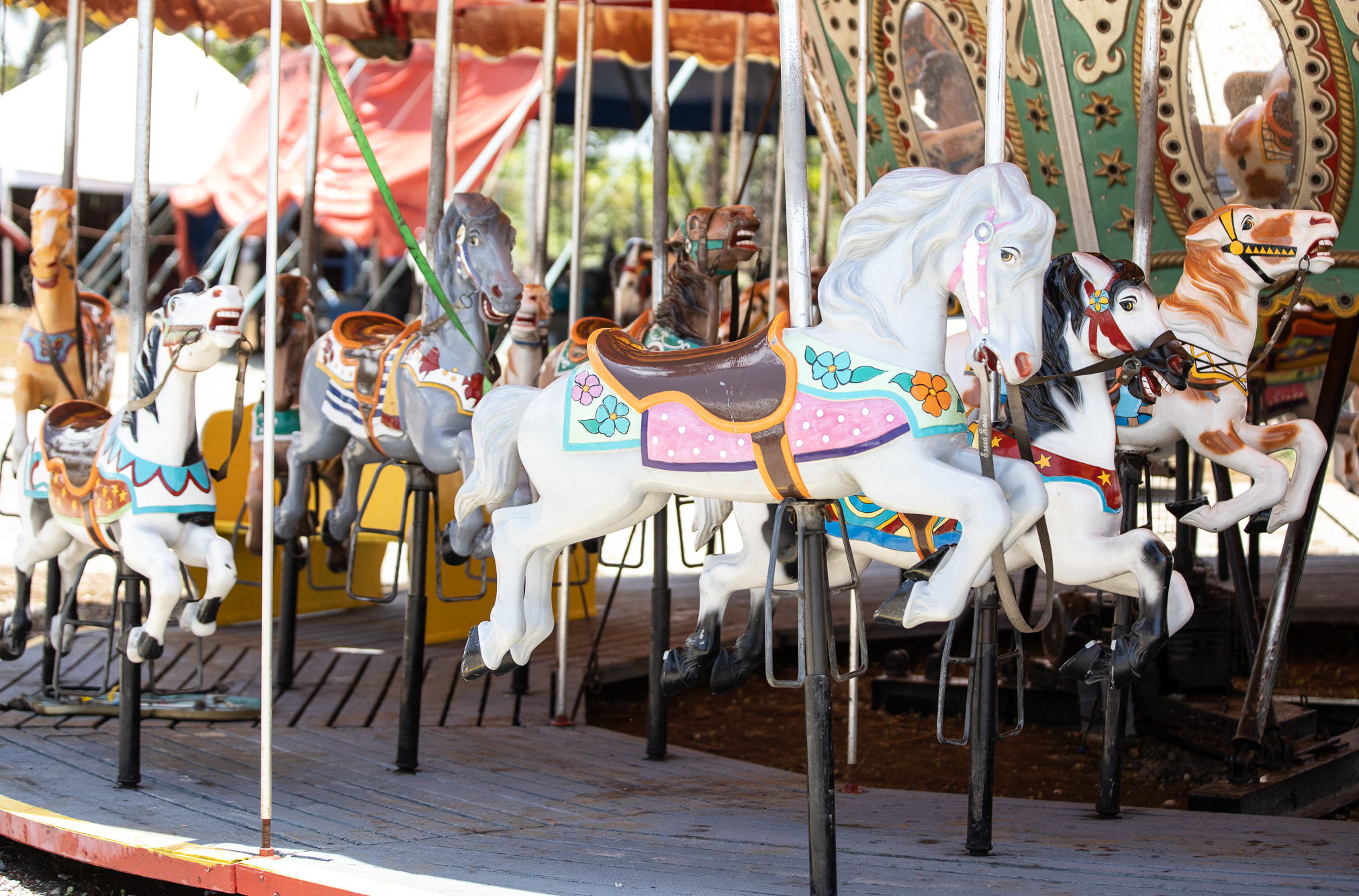 He has also imported more thrilling rides like the ‘Spider,’ ‘Scrambler’ and ‘Tilt-a-whirl,’ which makes passengers feel the thrill of centrifugal force.

“You’ve never heard such screaming,” he said, about the ‘Tilt-a-Whirl’ being trialled earlier in the week.

A boat ride that will include real goldfish in a pond and two donkeys will offer riders around the park. 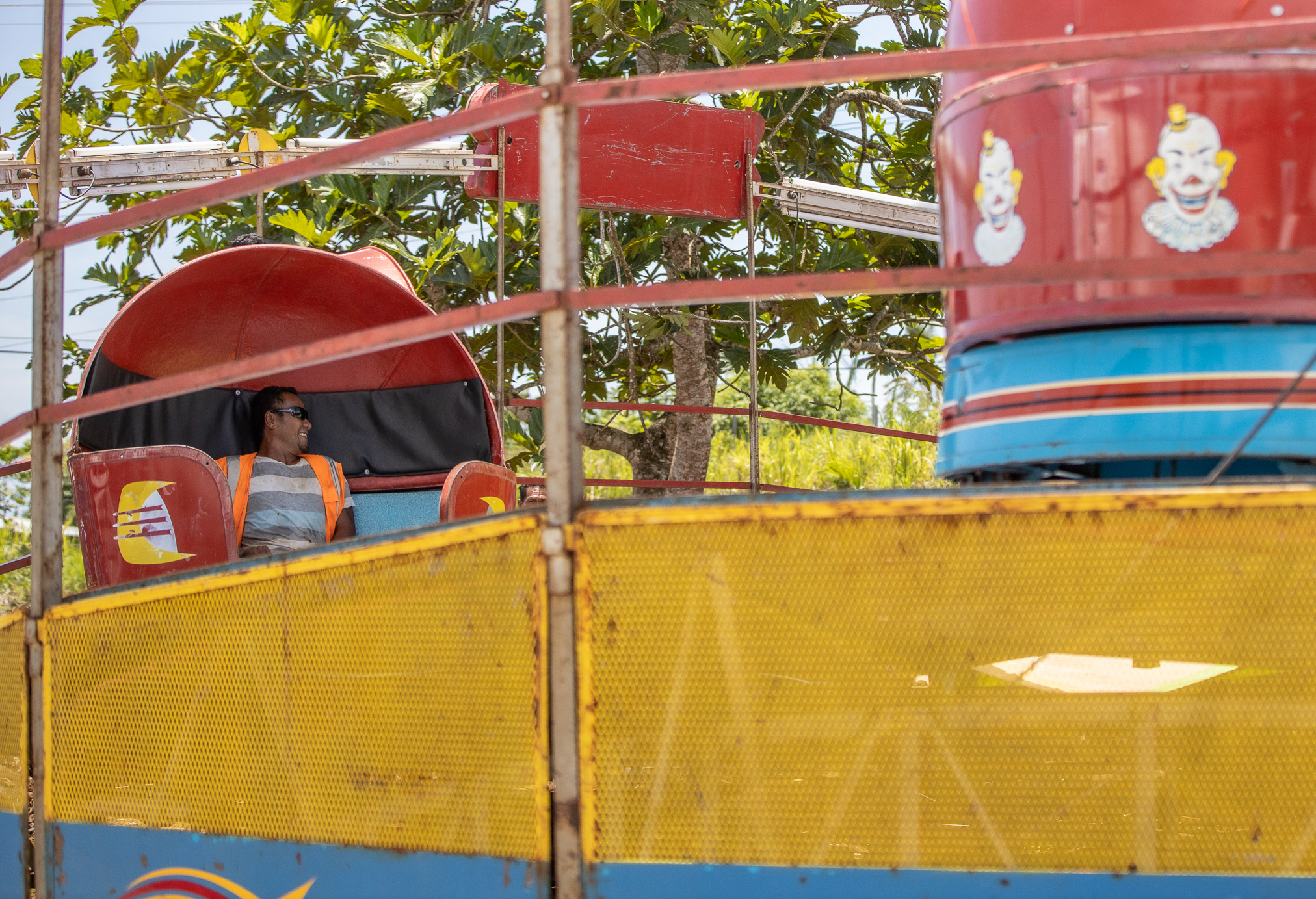 Tupa’i said he has, and will continue to hire local neighbours from around the park, who will eventually have to live with the noise of the rides, music and expected crowds of up to 1000 people.

He hopes for women to run the rides to get the children safely on, and operate them.

“We’ll provide quite a bit of employment to the people here; the people who have been relocated from Sogi, from Falelauniu," he said.

“It’s something I talked to the Prime Minister about, giving priority to those people jobs first, because they need jobs. 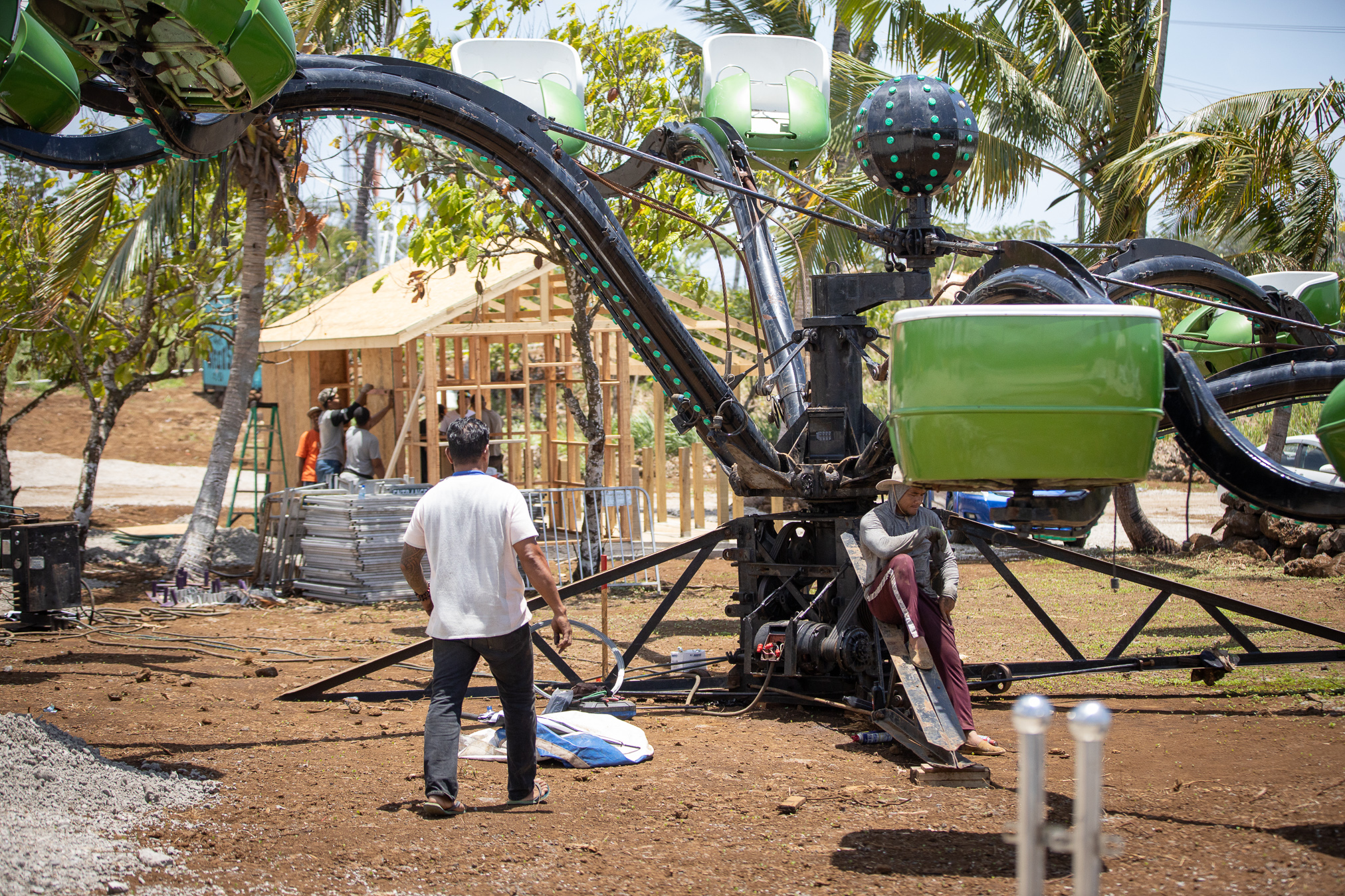 While mostly catered towards the everyday Samoan family, the Samoa Fiafia Park will also have an “expensive” all-you-can-eat buffet and castle experience, for the guests looking to splash out, he said.

There will also be a “Banana Republic” bar for adults, who will be required to apply online for a “passport” before arriving. 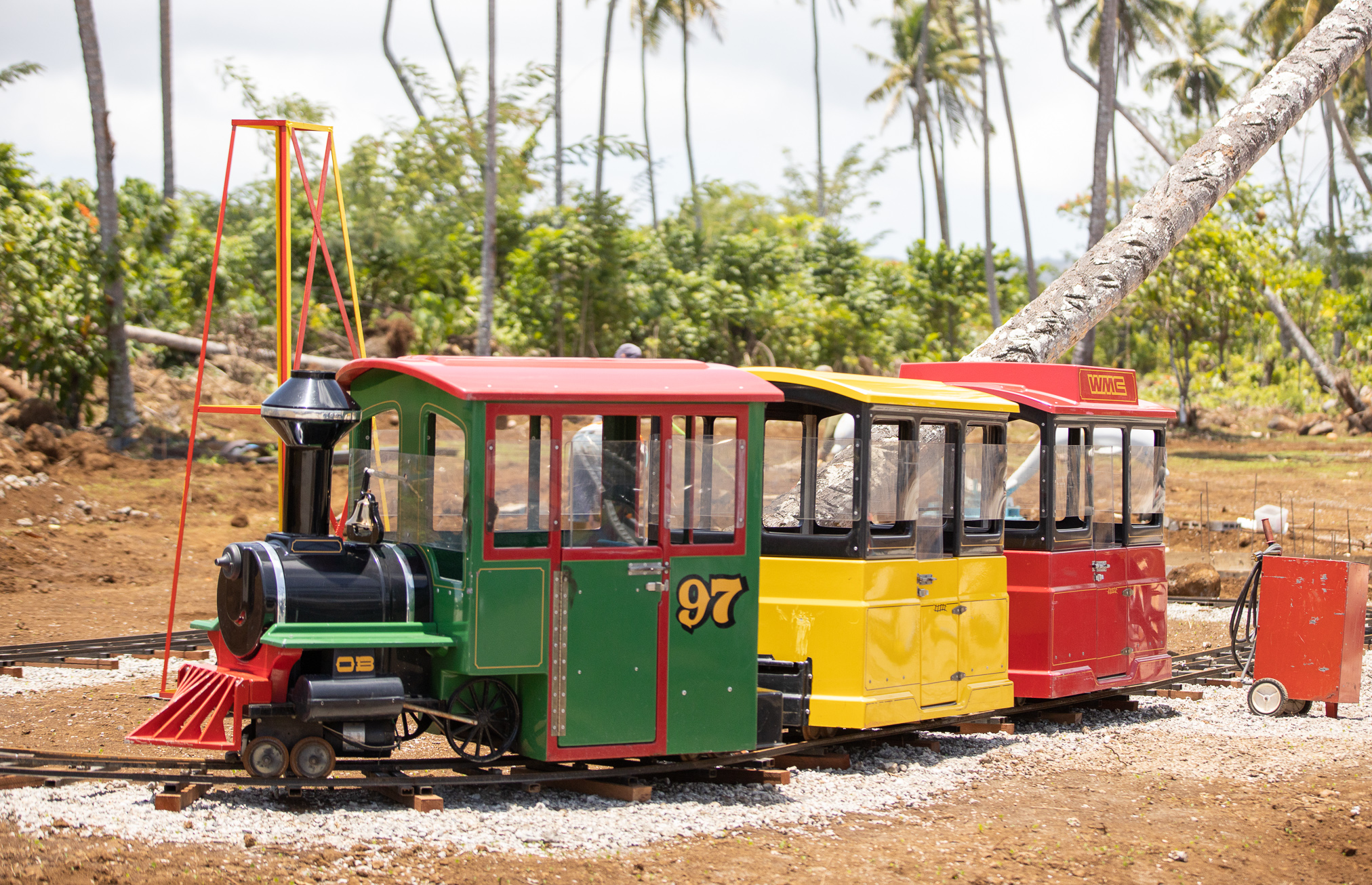 As he is funding the project himself, Tupa’i has invited anyone who wishes to help landscape the park to donate flowers to the cause.