The first Ambassador of Ireland to Samoa presented his credentials to the Head of State, His Highness Tuimalealiifano Vaaletoa Sualauvi II, on Thursday, beginning a new chapter in diplomatic relations between the countries.

Ambassador Peter Ryan, who in August 2018 became New Zealand’s first ever Irish resident representative, will maintain his post from Wellington.

In brief remarks to His Highness Tuimalealiifano, Mr. Ryan spoke in both English and his native Gaelic, and shared his country’s wishes to support small island developing states like Samoa in the coming years. 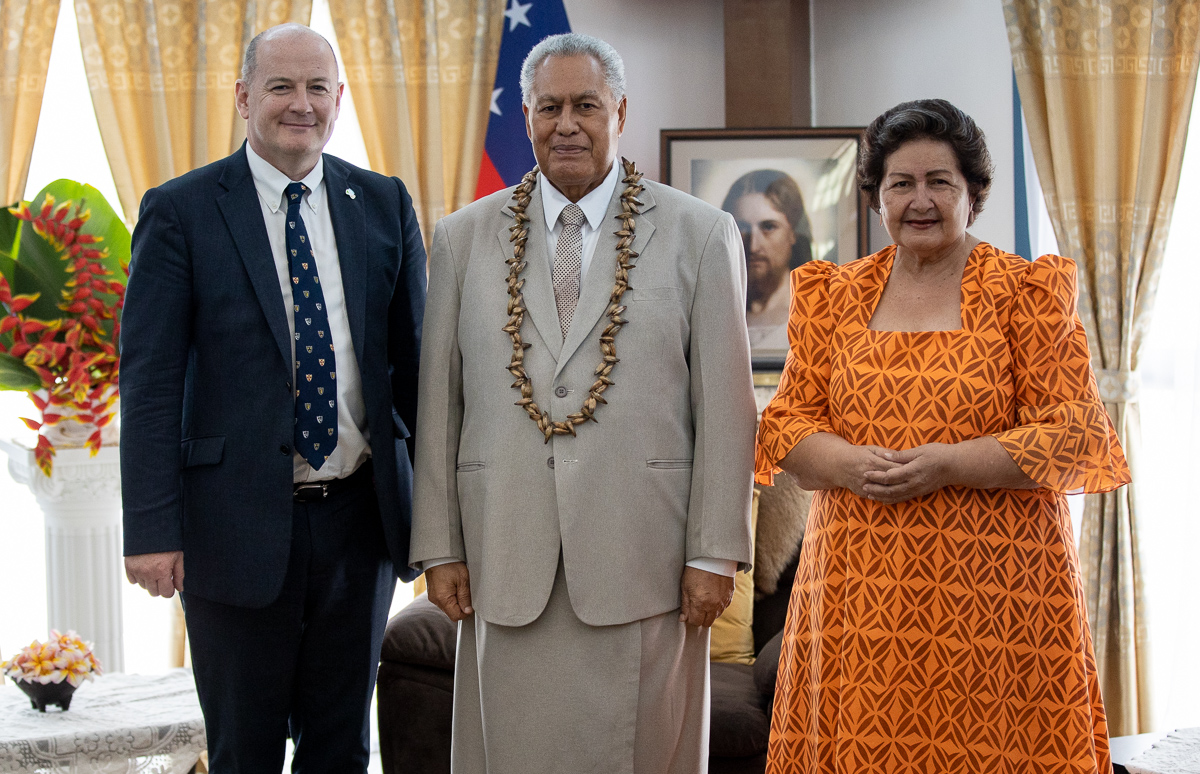 Ireland is currently working towards getting a seat on the United Nations Security Council, to which Samoa has lent its support, His Highness Tuimalealiifano said. Speaking at the U.N in September, the Irish President, Michael Higgins, said islands are under-represented in the council.

“For any entity to have legitimacy it must reflect the make-up of the world in which it exists. Quite simply, as we all know, many areas of the world are either insufficiently represented in the Security Council or not at all represented,” the Irish Examiner reported.

“We also want to see consideration of a designated role for Small Island Developing States. The increasing effect of climate change on international peace and security gives this proposal even greater urgency.”

Ireland, a country with 40 per cent of its population living five kilometres away from the coastline is similarly susceptible to climate change as Samoa.

As such, the country has committed €12 million towards an Ireland Trust Fund in the Asian Development Bank especially for work in small island developing states.

Its own climate change action record is wanting, but its Climate Action Plan hopes to spur action across all sectors, including a net zero carbon energy system.

“While we might be rivals on the rugby field, I have no doubt there will be many opportunities for us to collaborate closely in the sporting, cultural and education sectors.

“I believe that there is scope also to build closer business links, highlighting our economic development history and connecting our public and private sectors for mutual learning and collaboration.”

On rugby, His Highness Tuimalealiifano said the sport is an opportunity for collaboration.

“Beyond the corridors of international relations, Samoa and Ireland are passionate rugby people.

“I look forward to an exciting contest between our teams this weekend.” 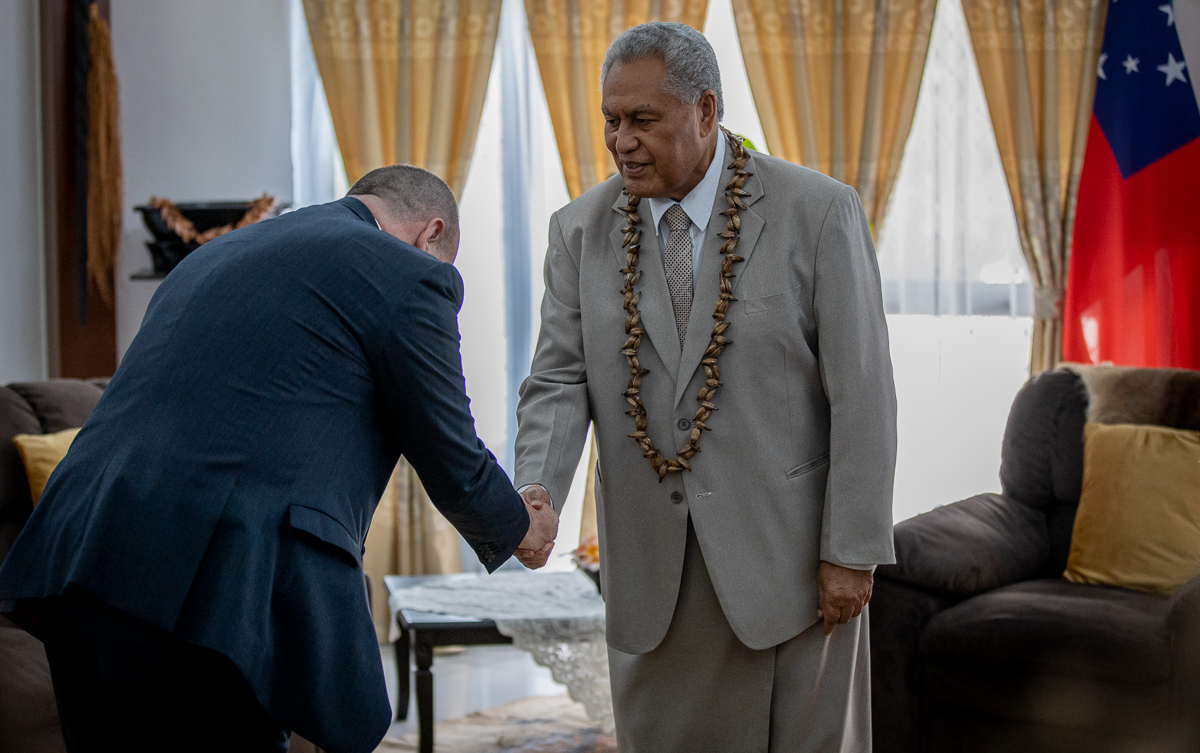