Residents adjacent to a soon-to-be-competed 'bailey bridge' from Ma'agao to Malifa say safety concerns about increasing traffic flows have not been addressed adequately by Government, forcing them to take matters into their hands.

Village residents say although the bridge's completion has been delayed, they are grateful for an improvement in rood safety, especially river crossings.

One of closest residents to the construction site, Litara Tuilaepa, welcomed the new road in front of their house, especially promised safer river crossings.

"To me, personally, I find this [road] very nicely done. It is so much better coming from Ma'agao to here, and from the front too (Malifa).

"It is so much easier now because before it used to be so dirty coming from the front. Most times taxi drivers are hesitant when we call, because of the bad road; but now everything is easy.

"It has also made the environment back here a lot cleaner."

Tuilaepa said luckily for them they have their own gate and they do not have young children who could be endangered from being so close to the road.

But the Uili family, who live next door, on the four corners at Malifa, once the bridge is complete, say they so not have the same luxury. 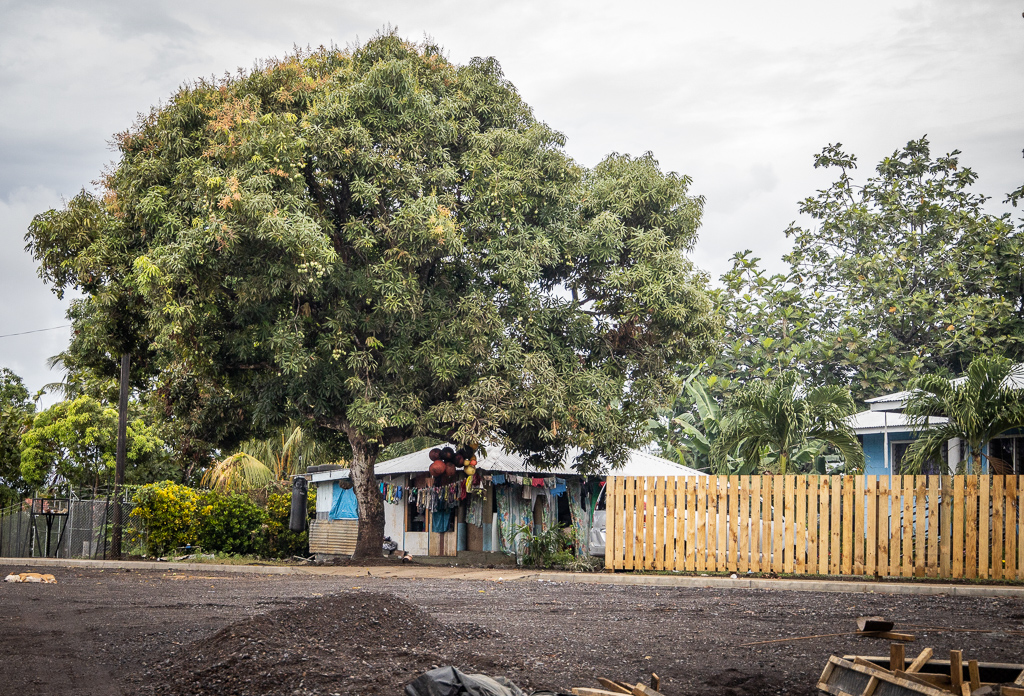 Peneueta Uili, a father-of-ten and several grandchildren said they would now be obliged to pay extra heed to the children's safety, once the bridge is commissioned.

The 62-year-old is a member of some of those  families who declared their support for the project from the outset.

They continue to advocate for safety additions to the project such as a fence for families' homes.Wooden fences currently exist around the homes' perimeters but some families say they offer inadequate protection.

"Right now, the whole work is taking place nicely, I am glad this new road can add to the development of our country," he said.

"But my problem, is these guys have not done anything for the safety of me and my family. They have done a wooden fence, but the cars that come from up there can be very fast.

"There is nothing else they can turn to but this wooden fence. On the other side of the road, it is very secured with rails boulders lined on that side while they just build a wooden fence for our side."

Uili claims to have asked the Land Transport Authority for a better fence but was told: "TY his is all they can do". He said that the fence is nice to look at but they do not feel safe with it.

"Right now the children are given extra care," he said.

"It is a bit hard looking our for the kids nowadays due to the concerns of the road being so closed in now.

Uili said if the Fovernment does not build a better one upon the completion of the project, he will be forced to construct his own to ensure the safety of his family.

"We have so many younger children, safety is a priority and that's why I keep pushing [the]L.T.A. and M.N.R.E. [to build] something better," he said.

The bailey bridge, a portable, prefabricated truss bridge, is one of five that were promised to Samoa in December 2016 and handed over in January 2018. They are worth AUS$1.4 million.