Paul Afele point to where the body of the deceased landed after the hit (Photo: Misiona Simo)

Alcohol was involved in a fatal incident at Fugalei on Friday night, which killed a young woman instantly. 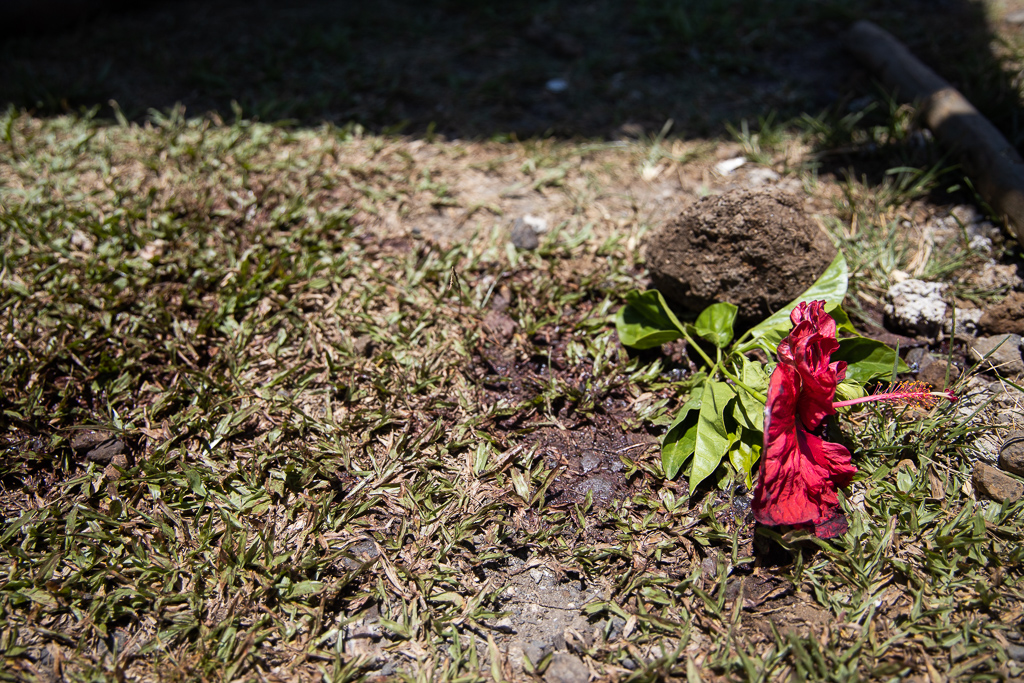 The death was confirmed by the Police Commissioner, Fuiavailiili Egon Keil.

He said the driver was "heavily intoxicated" and he was arrested right away. He is in Police custody while the charges against him are being finalised.

"He was heavily under the influence [of alcohol] last night," Fuiava said. 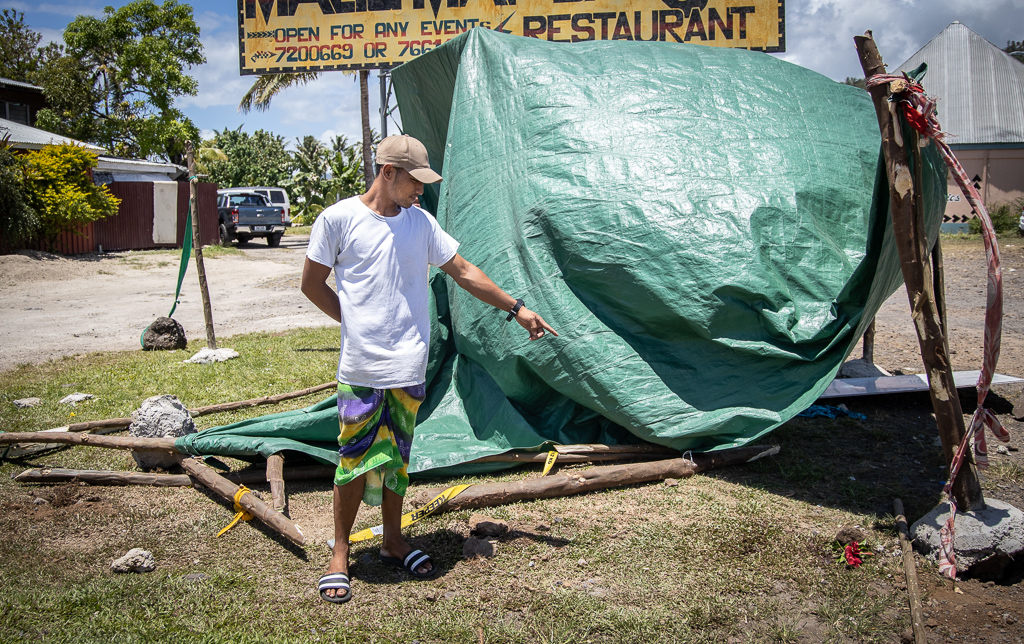 The incident occurred on the stretch of road between SMI Hardware Store and the Maliu Mai Bar and Restaurant at 11pm. Blood stains are still visible where it happened.

An eyewitness, Paul Afele, said the victim was holding hands with a friend when the vehicle hit her.

"The girls were walking on this side of the road (Maliu Mai Bar and Restaurant side),” he said.

“Just as the girls got to the coconut tree (in front of Mine's Store across SMI), the car swerved in and brought the girl with his car. The car hit the electric pole, hit the barbecue tent that I was sitting inside, and the taxi parked on the side of the road.” 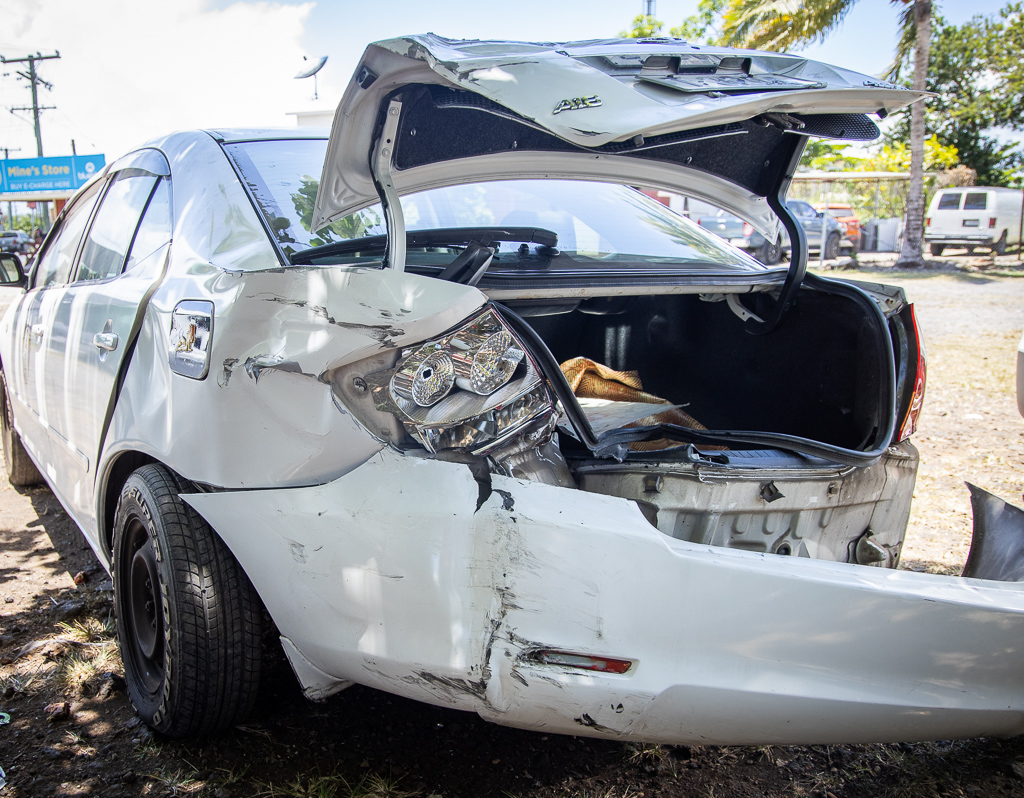 The 21-year-old said it happened so quickly and when they ran out to help the girl, she was bleeding heavily. She died on the spot.

"This was past 11p.m.  I heard tyres screech, I turned my head just in time to see it all happen, the girl fell right in front of the tent, I tried to help her but it was too late, her face had already darkened." 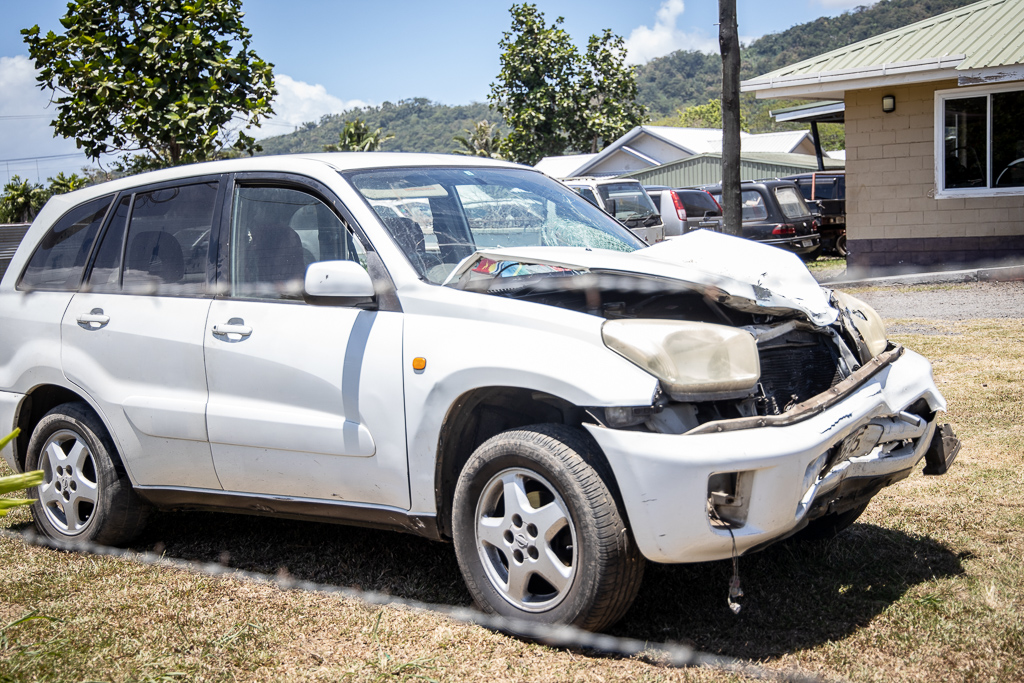 Afele told the Samoa Observer that the deceased is not from the area.

He said she was staying with a friend at Vaimoso so she could be closer to her work place at Vaitele.

Committed, hardworking, and a leader by example. The description fits perfectly for Sasamamao Pauli Kalolo, who has been declared the Valedictorian for the Church College of Vaiola in Savai'i on Tuesday.