Nafanua II crew glad to be home, share their stories

Families were excited to see their fathers and mothers as they come off the boat and into their arms again (Photo: Misiona Simo)

Twenty one maritime Police officers who arrived in the new guardian class boat said the journey was not easy.

The vessels crew sailed to Australia in the old Nafanua, and returned in the new $30 million tala Police patrol boat. The trip to Australia takes about three weeks on sea and back.

Multiple maritime police officers who talked to Samoa Observer, who arrived Friday morning, all said they were just glad to be home. 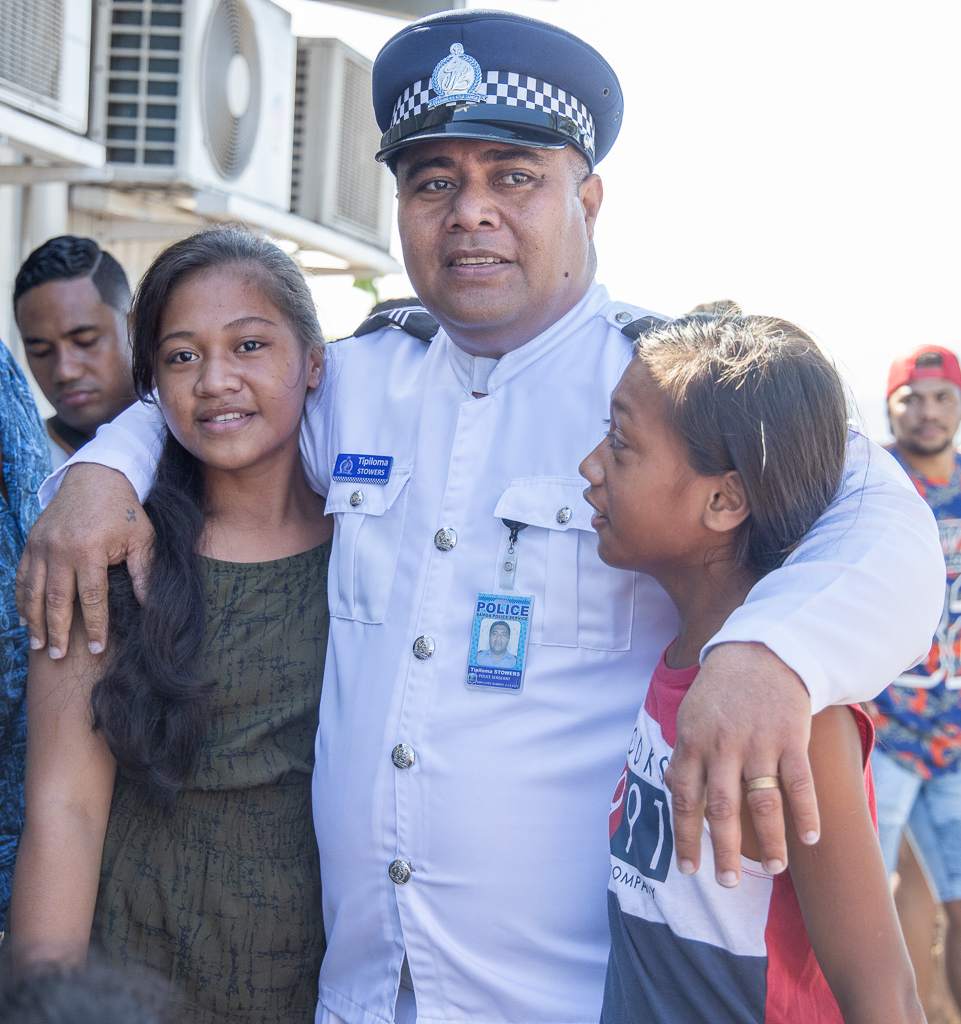 33-year-old Suisui Malu from Satapuala, who is one of the only three women said it was one of the most challenging journies she has ever taken.

"People think it's easy as it seems but it's hard," she said.

"Like the whole time we're on the sea, not only do we get seas sickness, but sometimes we get home sick because its been a while since we've been away from home.

"And even when the seas are rough, that's like the toughest time of life, like that's [why I say it was] challenging to me."

Being one of the very first women to be posted at sea, Suisui said it's a blessing. 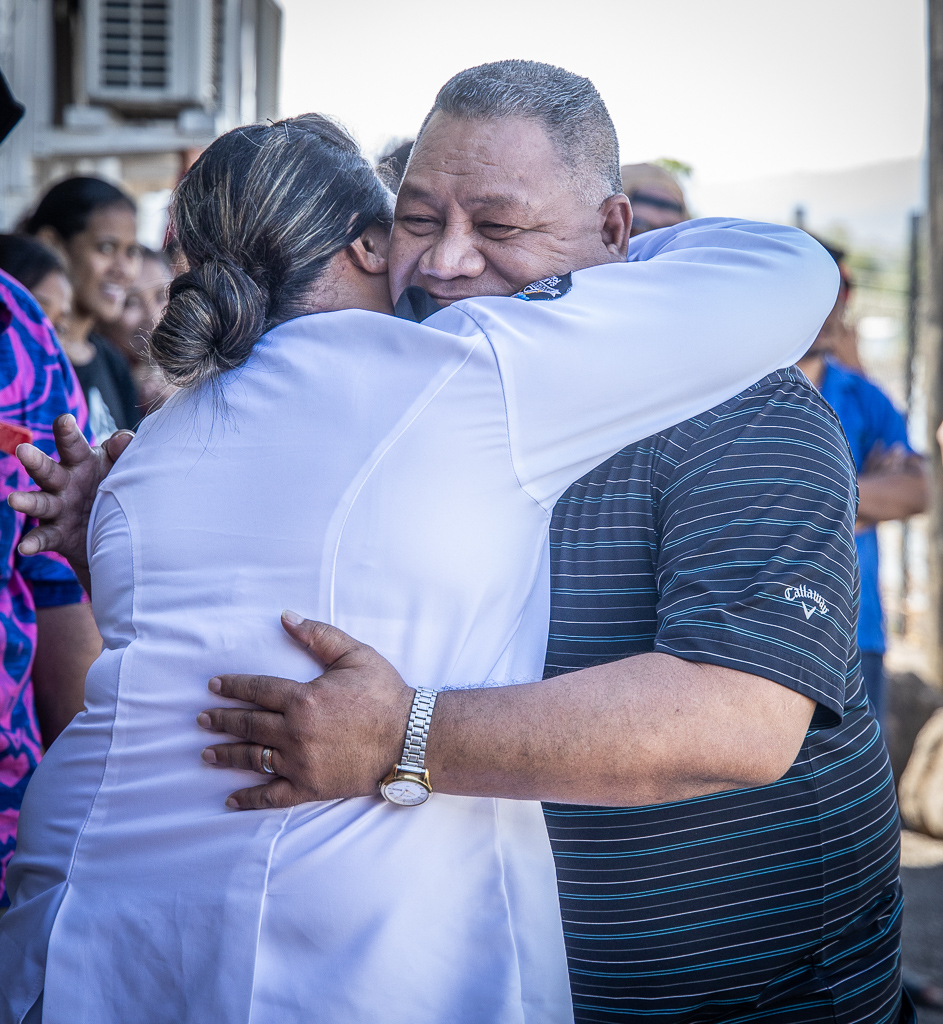 The patrol boat is not only a boost in security but also allows more working space suitable for both men and women posted at sea.

Unlike the old boat, Nafanua II comes with separate sleeping cabins and restrooms for both men and women.

The crew's captain, Superintendent Taito Sefo Faaoi Hunt  said this is a big step forward in the organization on board, and the overall size of the boat is an advantage.

"The maneuverability and equipment is very helpful for us to do our job," he said.

"Everything is good, there are a lot of new advanced equipment for greater detection and in terms of smooth sailing, it's great that it is bigger than the last boat.

"It's basically the same boat but with extra technology added and things have been made easier."

The crew from Samoa were engaged in a four months' intensive training to familiarise themselves with the new ship's capabilities and ensure that they met requirements needed to bring back the new vessel. 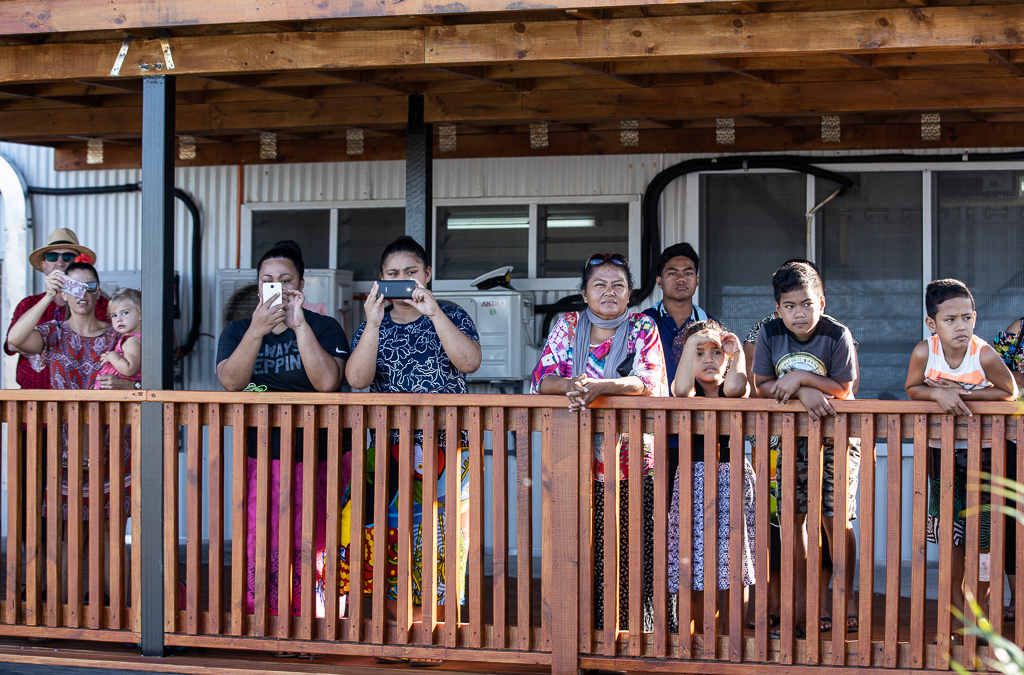 "We are trying our best to learn more, and we're trying to manage [the operation] of this big machine, and we have done it," said Sefo.

"I congratulate my team for their hard work and effort put into this training."

Superintendent Taito also said his crew were "always" behaving while they were away.

The crew's parents, spouses and children awaited their loved ones to get off the boat on Friday morning as they have been away for more than four months.

Father of two, Ionatana OBrien from Fasito'o Tai had his whole family waiting for him at the wharf when he arrived and he could not be happier to see them.

"We thank God that we made it back home despite the rough seas we encountered," said the 44-year-old.

"Most important thing is that we have brought back the vessel successfully, this serves as new technology for Samoa as well as the improvement of the knowledge and skills of all those who went.

A 10-week sports leadership program that was tailor-made for girls in primary school has ended in Vaimauga District.