The Manu Samoa are hoping a few quiet days to refresh, and a visit from Prime Minister Tuilaepa Dr. Sa'ilele Malielegaoi, can help get their Rugby World Cup back on track.

With just four days between their last match against Scotland and their next game against Japan on Saturday night local time, they trained on Thursday morning before their captain’s run on Friday.

The Manu's head coach, Vaeluaga Steve Jackson, said physically the team will be fine; the short match week is about getting the team prepared mentally after their 34-0 loss to Scotland on Monday night. 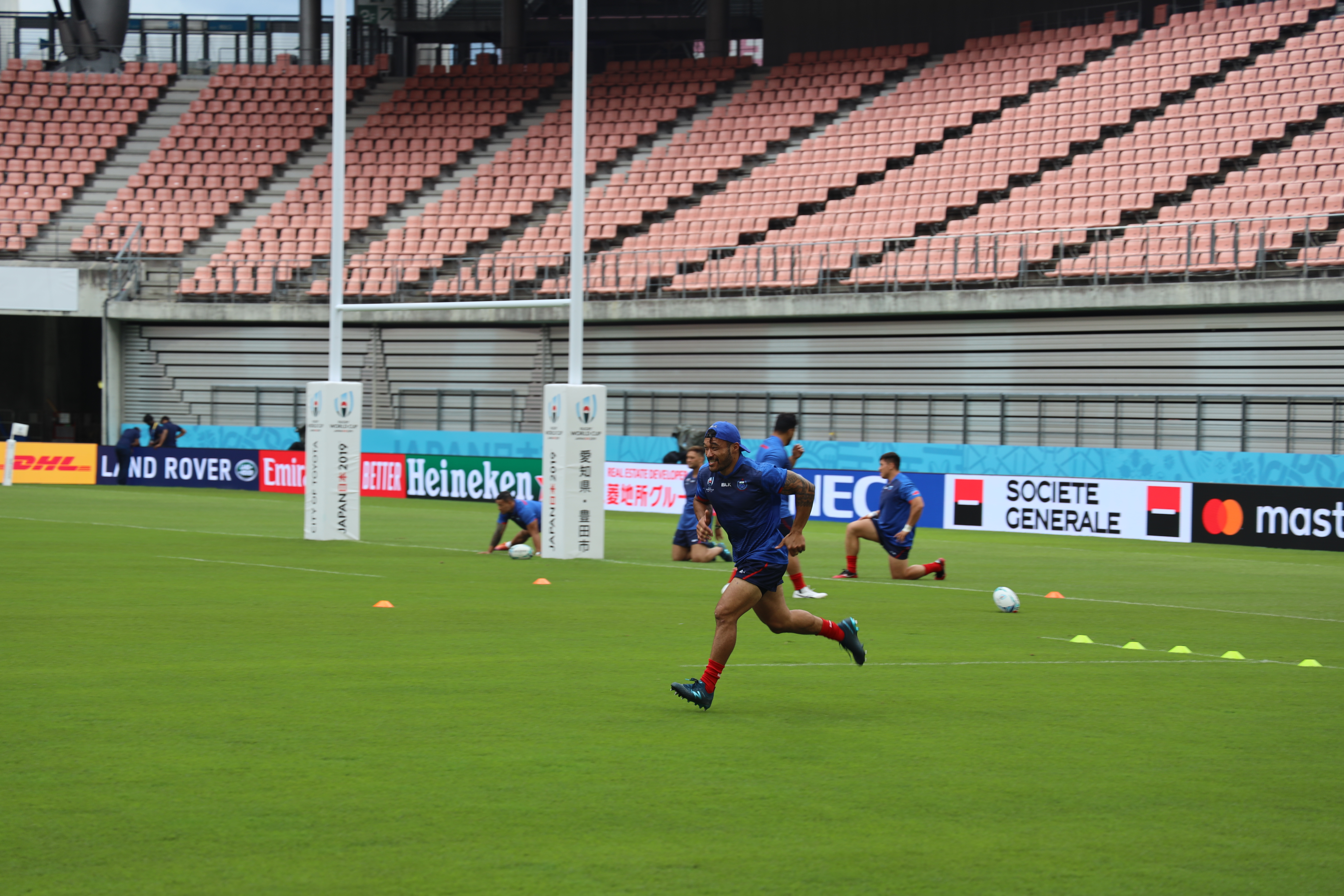 They were boosted by a visit from Prime Minister and Samoa Rugby Union Chairman Tuilaepa on Thursday afternoon.

He came to the team hotel in Nagoya along with the Union President and Vice-President, Namulauulu Sami Leota and Seumanu Douglas Ngau Chun, as well as Samoan Ambassador to Japan, Faalavaau Perina Tualaulelei.

Tuilaepa shared with the players many entertaining anecdotes, including an inspirational story about Alexander the Great.

Vaeluaga said the stories made everyone laugh and relax a wee bit, and the messages from the dignitaries were extremely positive:

“He’s right behind us as the rest of the country are," Vaeluaga laughed.

“He just told us to go out there and enjoy ourselves, and told the players to listen to the coaches."

“It’s probably just the lift that the players needed, to know that the support was there, because they were pretty down after the last game.”

Manu attack technical advisor, Chris Latham, said the last game was indeed disappointing, but they have moved on and are making sure they tick every box they can before the Japan game.

The former Wallaby said they have been preparing with the aim of keeping the ball alive and moving:

“It’s about making sure that guys like [Tim Nanai-Williams] get the ball as much as possible," he said.

“When he has the ball in his hand, a defence will stop, he can make them stop and he can create opportunities.”

He said the Manu centres can create too, as well as find holes and make line breaks to tee up the speedsters they have on the wings.

He said then it’s about trusting players to make the right call based on what’s in front of them on the field:

“We’ve shown that when we do that, we can play a very exciting brand of rugby that not only I like to watch but I’m sure everyone else likes to watch as well.”