The mixture of the Tongan and Samoan cultures for the Oldehaver family is the most significance as it’s similarly all about love and respect. (Photo: Aufai Areta Areta)

A family with roots in Tonga have gathered in Samoa for a reunion with the four-day event attracting extended family members from five different countries.

Ernest, James, Edward, Henry and Ana were the children of Tongan Scottish woman, Ellen Giles, and her husband, Gottfried Oldehaver, who was of Tongan and German heritage.

Living in Samoa, Ernest went on to marry, Fa'asalafa of Safa’i and his brother Edward wedded Sieni of Vailoa Faleata.

Their other brother, James married Tongan woman, Fakalelu while their other siblings, Henry and Anna moved abroad.

The brothers Ernest, James and Edward settled in Samoa and are all buried at the Magiagi cemetery.

This week, a total of 110 people from Germany, Alaska, the U.S.A, Australia, New Zealand and American Samoa – who are direct and indirect family members of the Oldehavers – gathered in Samoa on Friday as part of the reunion. The programme kicked off with a church service, followed by an ava ceremony at the Robert Louis Stevenson Museum, as a traditional form of welcome for the visiting family members.

The mixture of Samoan and Tongan cultures – as members of the Olderhaver family celebrated their diverse cultural heritage – was a sight to behold with traditional dances, costumes and teaching of the different languages. 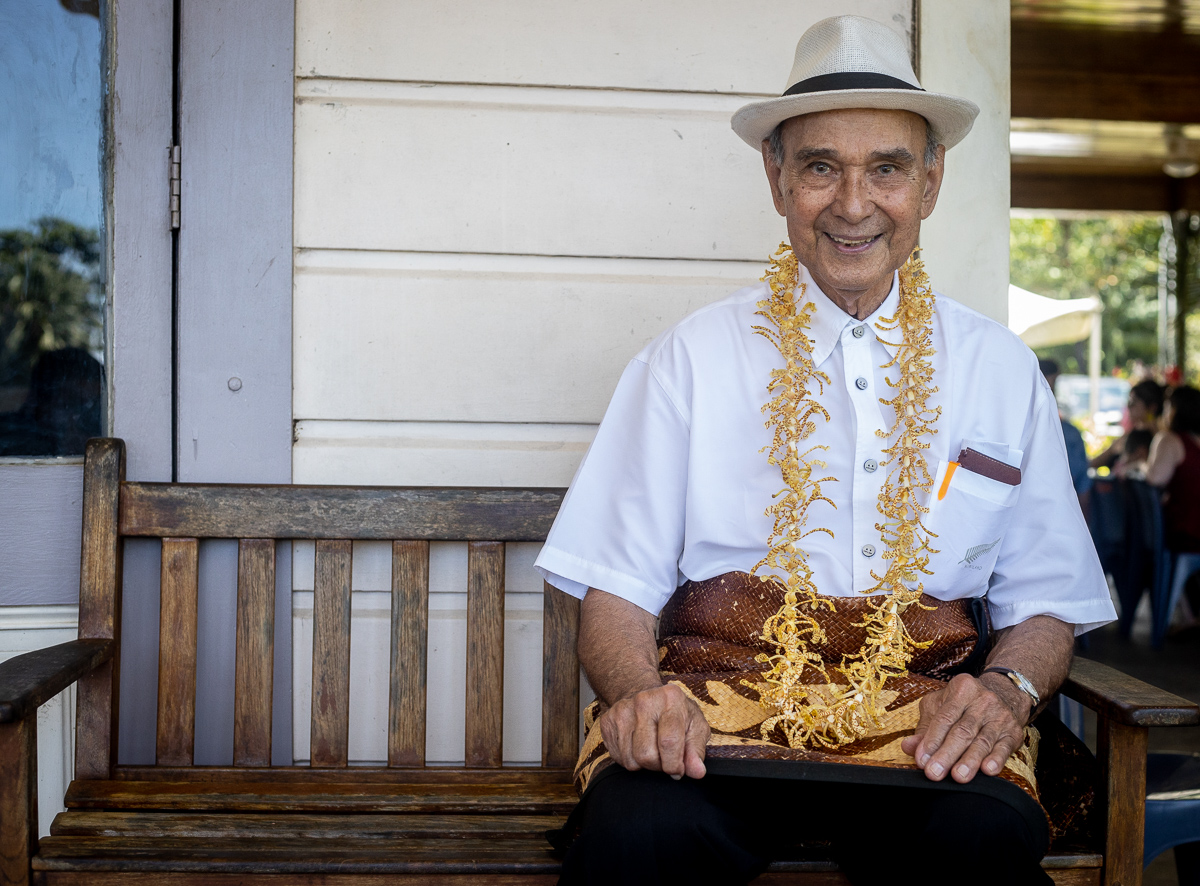 Returning to Samoa for the reunion was a dream come true for 82-year-old, Emil Oldehaver, who is the son of, James Oldehaver, and his Tongan wife Fakalelu.

He said he had always dreamt of returning to Samoa as he was born here and left when he was in his teens.

“It’s wonderful to bring them back to Samoa, to where it all started, and I don’t want to go back. I was born here and I left Samoa when I was only 18, and I cried my heart out because I wanted to live here,” he said.

“Having a reunion and seeing so many young ones enjoying the moment, and this is the first time they’ve met for quite a long time. So this is the idea of getting us together so that we can bring our grandchildren and our children together, and that way they can carry on the reunion in the future hopefully.”

Mr. Oldehaver said the marriage of his mother to his father James was a blessing as she fitted into the Samoan way of life despite being from Tonga.

“My Tongan side is good because when my mother married my father, my mother was very worried that she might not be accepted to the Samoan fortuity and all that. But she was treated like a queen and she settled in quite well,” he said.

“So we felt very happy for that because she didn’t have a hard time, as she was enjoying the company that she had with my father and his brothers and their children, so there was no friction to her heritage as a Tongan and us as Samoans.”

Apia resident and family member, Sheree Stanley, who is from Edward Oldehavers’ family tree, said the four-day event is their family’s biggest reunion and the presence of their extended family members is overwhelming.

“The significance is they came originally from Tonga, the original Oldehaver came from Tonga with his wife and they were both part Tongan,” she said.

“There’s going to be an element of Tongan today in the mass, some of them you see are in tauvalas (mat wrapped around the waist), they want to really showcase their Tongan side so it’s just Tongan and Samoa but mainly Samoan.”

Most parts of the family reunion programme was held at the Robert Louis Museum on Friday with the second part at the Manusina fales in Lalomanu, followed by a Sunday church service and a family to’onai.