Samoa is able to grow a variety of broccoli through the assistance from the Samoa-China Agricultural Technical Aid Project (S.C.A.T.A.P.) at Nuu.

This was highlighted by Jim Liu, team leader for S.C.A.T.A.P. during a visit from Ministers of the Pacific region who are in Samoa for the Pacific Week of Agriculture. 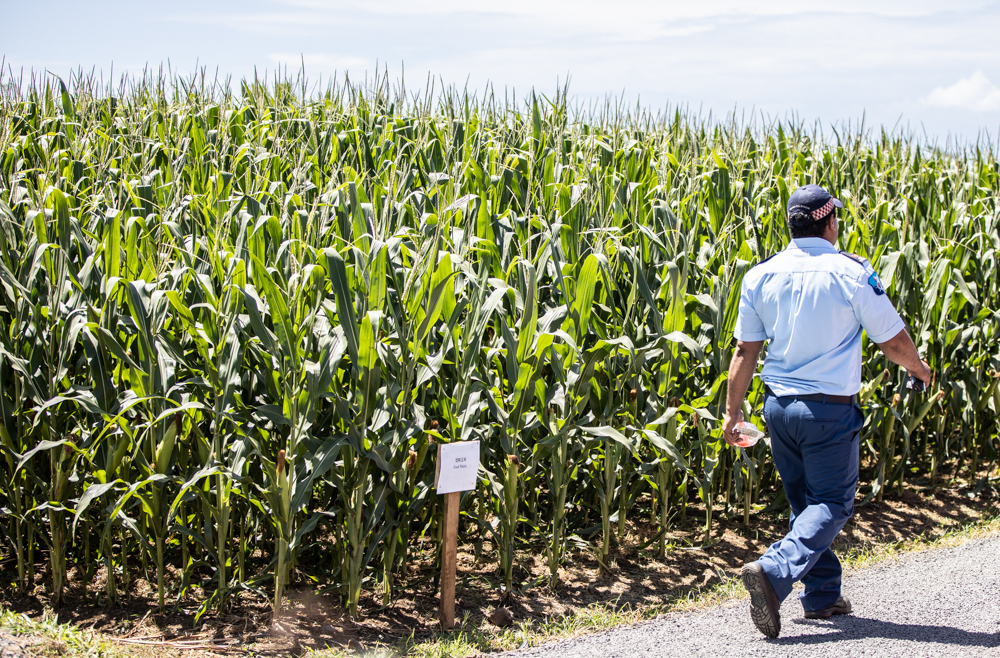 The site visit is one of the main events for the Pacific Week of Agriculture where agricultural leaders from 28 Pacific nations have gathered in Samoa to discuss regional plans for the future of the sector.

Mr. Liu who is also a senior agronomist said that broccoli is very expensive in Samoa and only a few varieties can grow in Samoa.

“The broccoli we grow can produce 0.4 kilogram per plant and it is $60 a kilo in the market. In Samoa the most expensive vegetables are broccoli, tomatoes and capsicum,” he said.

“We also have grown sweet capsicums but there are also spicy ones.” 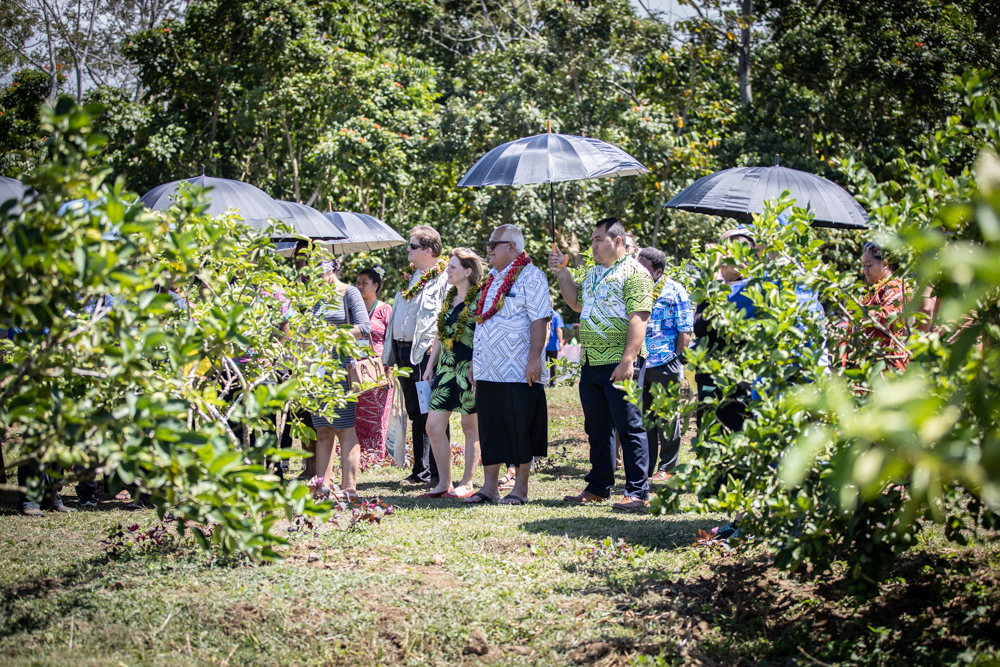 He said that they help provide technical support for the farmers to grow their crops in Samoa. 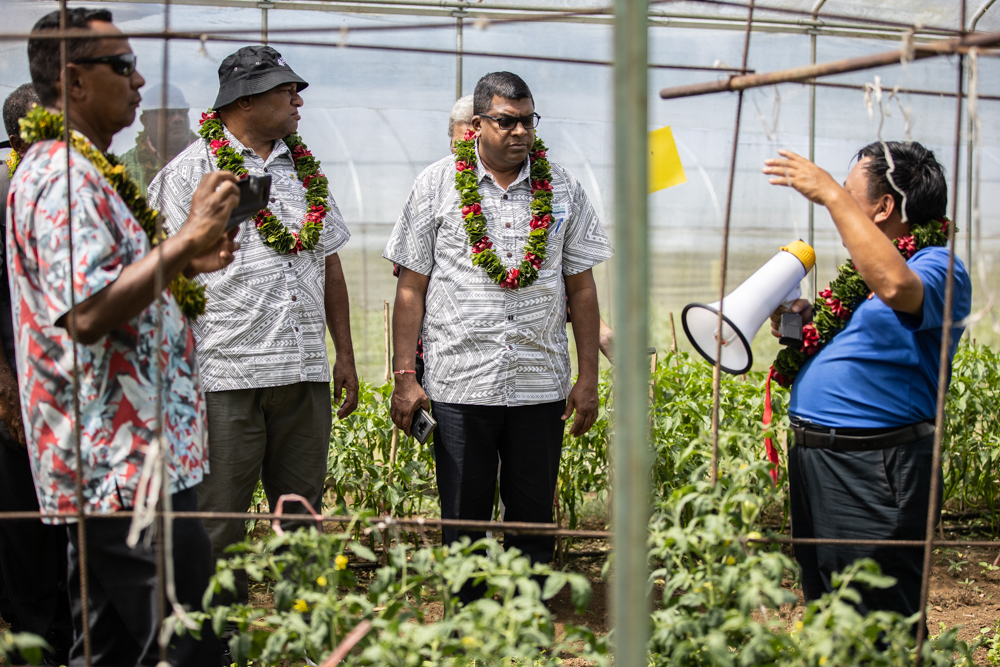 “A total of 110 tunnel/shade houses were constructed by S.C.A.T.A.P. for 80 farmers on both Upolu and Savaii islands.

“The tunnel house is tailored for Tropical Island and easy to install, economic, resistant to excessive rain, strong wind, rust and pests.

“Free service with only nine members and four allocated in Savaii.”

A significant progress is the S.C.A.T.A.P. has significantly improved the vegetable production in Samoa and secured supply of vegetables for the 2019 Pacific Games.

“We had 5,000 guests but we did not import any vegetable but organised 80 farmers and supplied 30 tons of vegetables to the caterers.

“The project will end in May 2020 and it has been successful in terms of improving the capacity of vegetable and food production.

“We are working on ways to reduce the imports of fruits and chickens which is one of the largest imported commodities in Samoa.”

He added that Samoa is not the only country that China has assisted in terms of agricultural projects and offering technical support to so many countries overseas to solve agricultural problems. 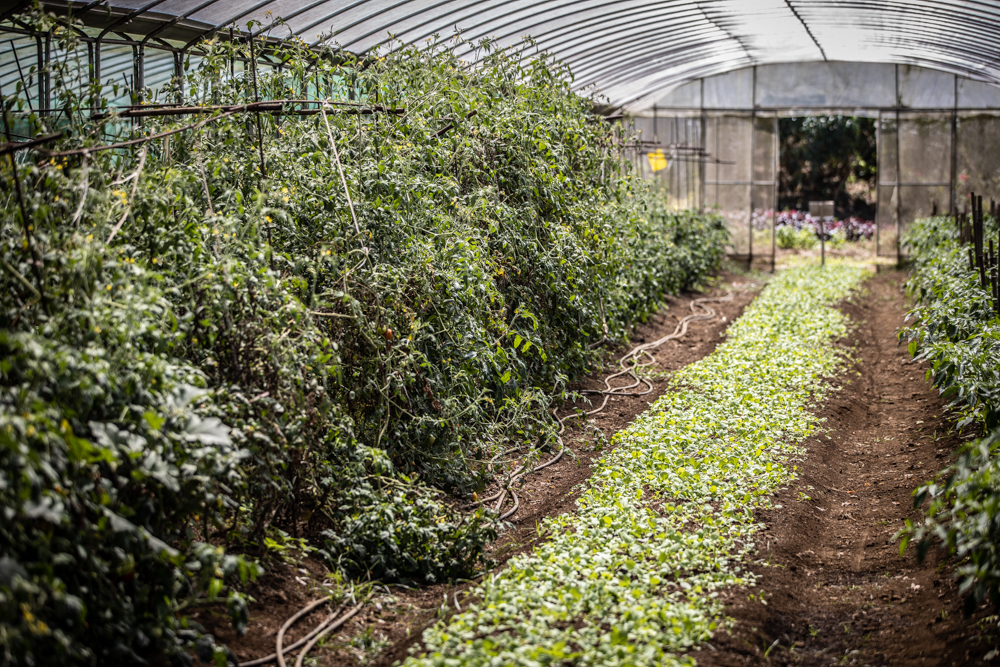 “Feed crops such as maize, soybean, cassava and mulberry were grown to produce formula feed by mini feed mill for pigs and free range chickens, and manure is fermented through biogas digesters to produce biogas as clean energy and slurry as harmless fertilizers.

“De-huskers, roasters and grinders are distributed to farmers and increased the coffee/cocoa processing capacity and value significantly.