I kick the ball first but your block was to late and the ball fly's high in the sky (Photo: Aufa'i Areta Areta )

The school's vice principal, Aukuso Ualesi, told the Samoa Observer that the Killara West Pymble Junior Rugby Union Club (K.W.P.) sent in a request asking if they could visit Vaimea and play a game against their students.

He said the club – which is based in the Australian state of New South Wales – have also played against other schools in Samoa.

“Our team have been training for two weeks for the game, and their ages are 11 years old to 12 and their training depends on the weather condition." 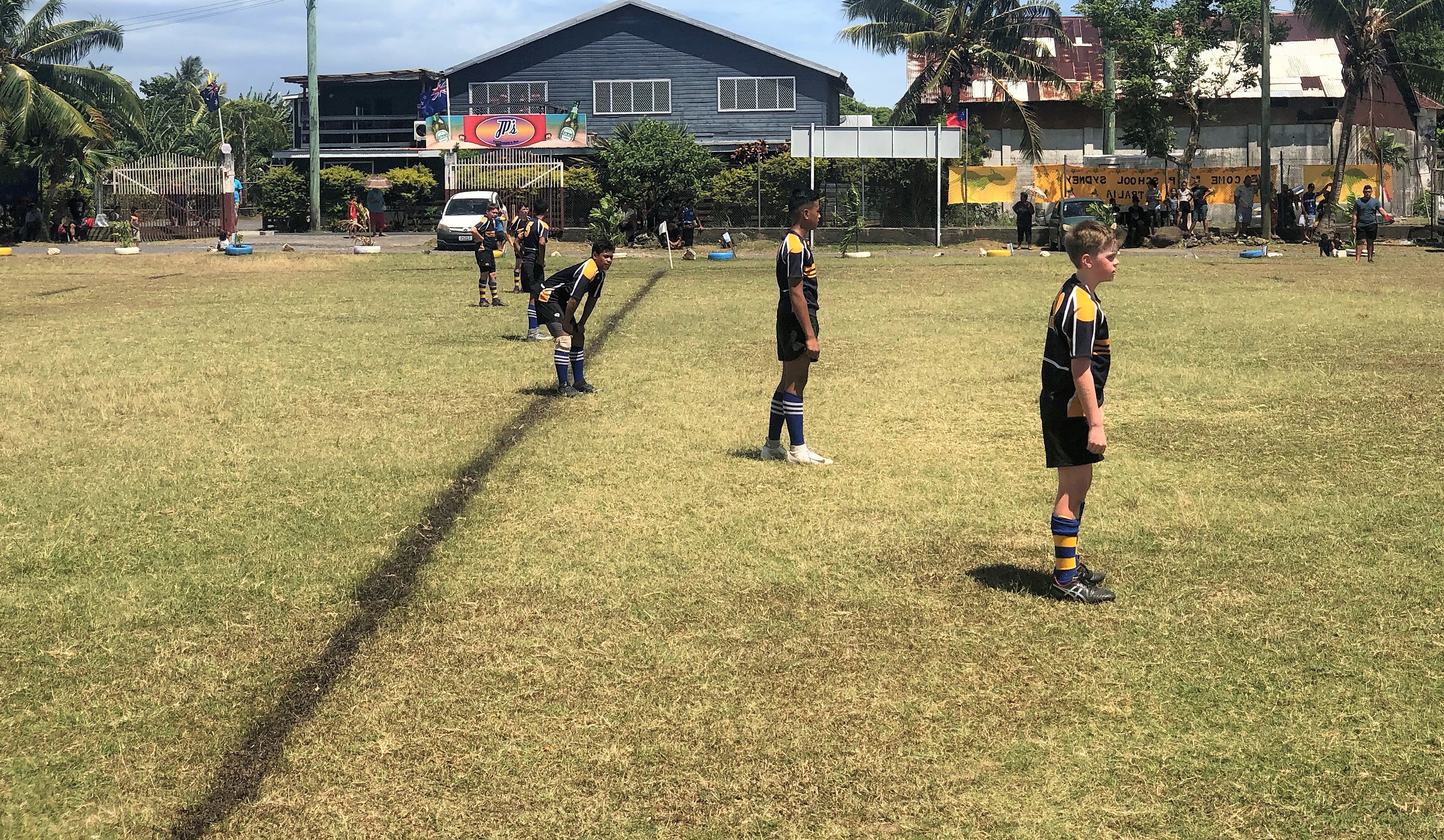 The visit by the Australian rugby union is not the first for Vaimea Primary School as they recently hosted a New Zealand school. But K.W.P. is the first Australian club.

The school has a number of students who play rugby and the cancellation of the Prime Minister's Cup left them disappointed, but Mr. Ualesi said the game against the Australian club made up for it.

“Kids always have that spirit of wanting to play and our eight boys felt sad to lose an opportunity to play rugby, but when I told them about this and now they came early bird with happy faces,” he added.

The K.W.P. team were treated to a traditional Samoan welcome with an ava ceremony before they started playing.

Vaimea Primary School Year 8 student, Paul Boznanski, said he was happy to play a game against the visiting Australian team.

“For me today program is to show that talent of rugby I have in myself, and also to meet the others players from Australian team,” he said.

The game between the K.W.P. and a team from the Vaimea Primary School resulted in a 25-14 victory to the visitors.

The visit by the K.W.P. to Vaimea Primary School and Samoa was also a new experience for the Australian junior club players. 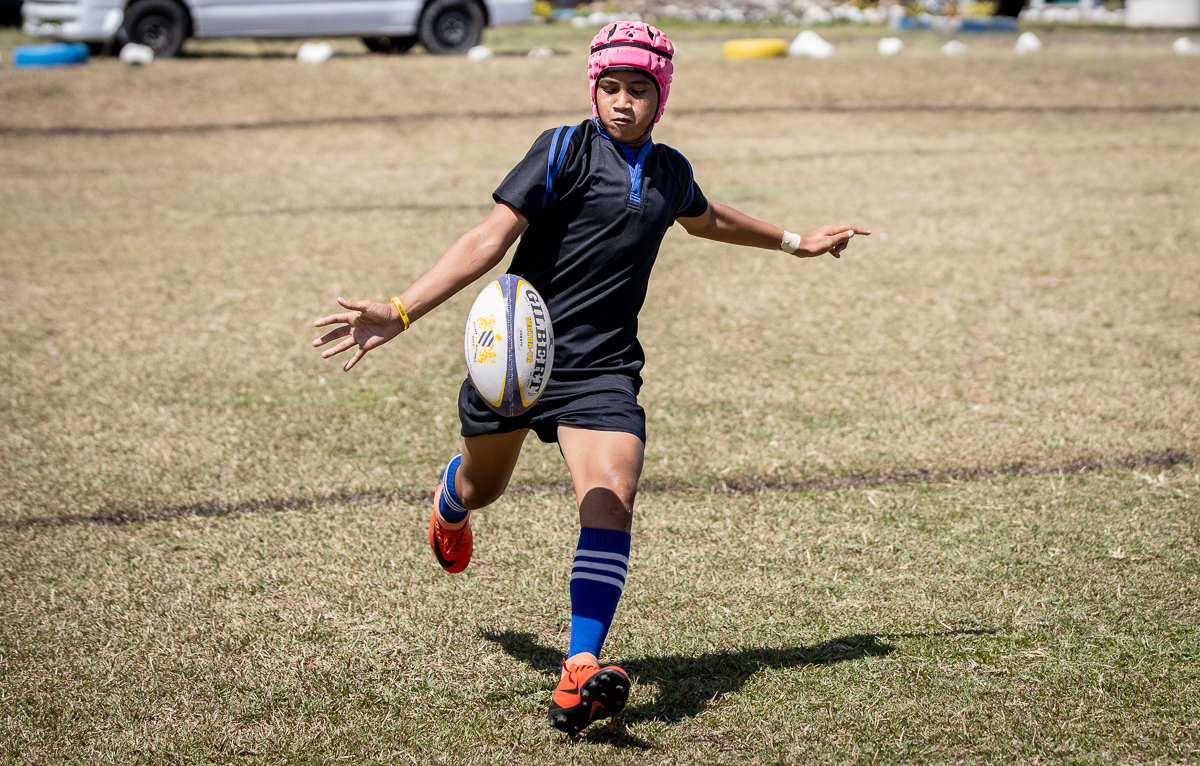 Speaking to this newspaper, the Australian junior rugby club's team president Grant Pisani said it was their third visit to Samoa with children between the ages of 11-12.

“For us in Australia most kids live different lives with lots of Iphones and tablets, also with other technologies,” he said.

But their visit to Samoa has given the children a new perspective on life, especially their experience of Samoan culture and how children here are brought up without technology.

The visit by the K.W.P. to Vaimea Primary School was on the team's third day in Samoa, who have now travelled to Savai'i to play against teams from the other schools there.

Mosie Su’a General, who works for the local tour company Samoa Sunsation that organised the trip, said the Australian club has a travelling party of 40 comprising 21 parents and 19 students.

“The main reason for their visit is to experience playing with our local boys, and also cultural educational for the kids,” he said.

Their visit to Samoa took a year to organise, Mr. Su'a added and was a result of frequent phone calls and organising with travel agents in Australia.

“They are going to play a Lalomaiava Primary School on Friday and then back on Saturday to Upolu than flight back to Australia on Sunday,” he said.

Mr. Pisani said the travelling party also did some sightseeing and found the experience of playing against the local schools amazing.