Cowley vs Maitland: Cousins to face off during Manu-Scotland match

Sports
“I’ll just look to play my best and I hope he plays his best.” - Pele Cowley (Photo: Thomas Airey)

When Pele Cowley comes off the bench for the Manu Samoa tonight, he will be greeted by his cousin Sean Maitland, who will be playing on the other side for Scotland.

The pair grew up together in Tokoroa, New Zealand, and have a familial bond through their shared Samoan heritage.

Maitland’s mother is half-Samoan; her father, Ike, came to New Zealand from Upolu along with his mother (also Cowley’s grandmother) back in 1955.

Ike’s sister, Lea, is Cowley’s mother, and Sean and Pele spent a lot of time together as kids, even after the Cowleys moved to Auckland.

“Every summer holidays I would go down…, because my mum was the only sibling that wasn’t living in Tokoroa,” said Pele.

“So I would go down and stay with the Maitlands.”

They became close after countless games together in the backyard and the younger Cowley (now 26) watched his cousin (31) succeed in rugby at Hamilton Boy’s High School, then Canterbury and the Crusaders before heading overseas.

“We grew up together, it’s pretty crazy the way rugby sorta brings you on this journey,” Maitland said.

The Saracens winger, who is half-Scottish, played against Samoa at the 2015 World Cup as well.

He said the 36-33 Scotland win was a cool game to be part of, and is sure this matchup will be just the same:

“Hopefully he gets on, and I can get one up on him.” 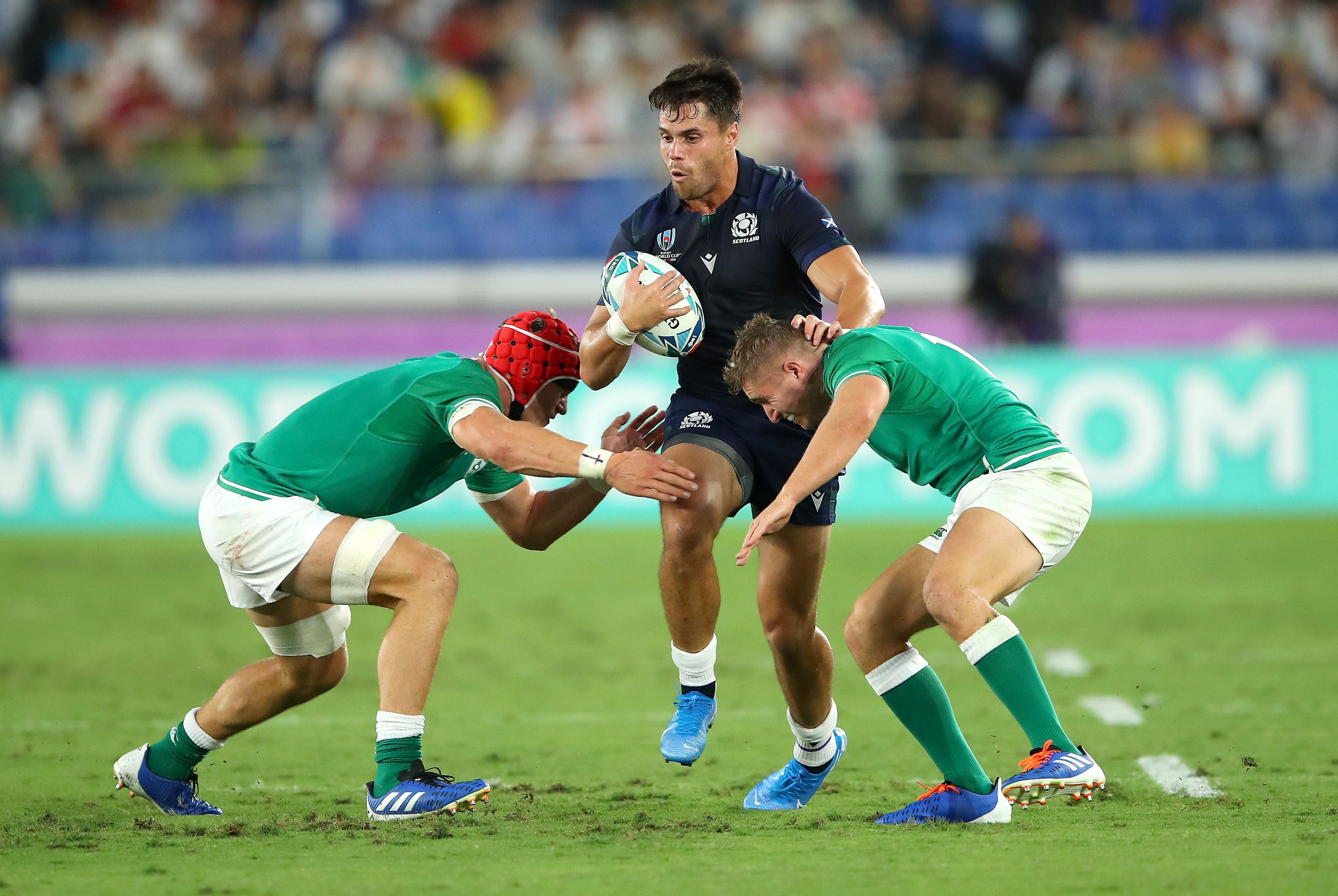 Cowley, who is from the villages of Vaigaga, Toamua and Solosolo, started against Scotland in 2017 (Maitland didn’t play), but missed the 2015 World Cup through injury.

He’s really excited to play against Maitland in his World Cup debut, and said it will be a special moment for him and their family.

“I caught up with him for lunch a couple days ago, still buzzing about the fact that we’re both here together,” Cowley said.

“We’re family off the field but on the field it’s no friends no family when you cross the white lines.

“I’ll just look to play my best and I hope he plays his best.”

There are plenty of family members coming over from New Zealand to support the pair as well as from afar:

“All the messages on Facebook and text from all the uncles saying how awesome it is.

“They don’t know which country to support, they just wanna support us,” Cowley said.

The halfback is grateful for the opportunity to stamp his mark on the 2019 tournament, which comes with Dwayne Polataivao nursing a concussion.

He said he believes he can step in and do what’s required, but it’s a team effort.

“It’s gonna take the whole 31 to beat Scotland, not just the 23 that take the field,” Cowley said

“The guys that don’t play do a lot during the week to get the starting XV ready, and it goes pretty unnoticed if you’re outside of the circle.”

Samoa’s bench has made a difference in the second halves of the last couple of games, and Cowley said he will try to keep that going:

“That’s what’s required of us as a bench, just to come on and be the spark plugs, lift the energy.”

He knows it’s going to be a tough game, but said the team have plenty of belief.