The latest in agriculture on display

The TATTE Convention Centre was given over to displays of the latest overseas and local innovations in agriculture on Tuesday.

The showcase is part of the Pacific Week of Agriculture (P.W.A.) which is bringing leaders in government and business from 28 states around the region to Samoa this week.

According to a country manager from Papua New Guinea, Doreen Iga, the booths were a chance for the public to see the latest in agriculture. 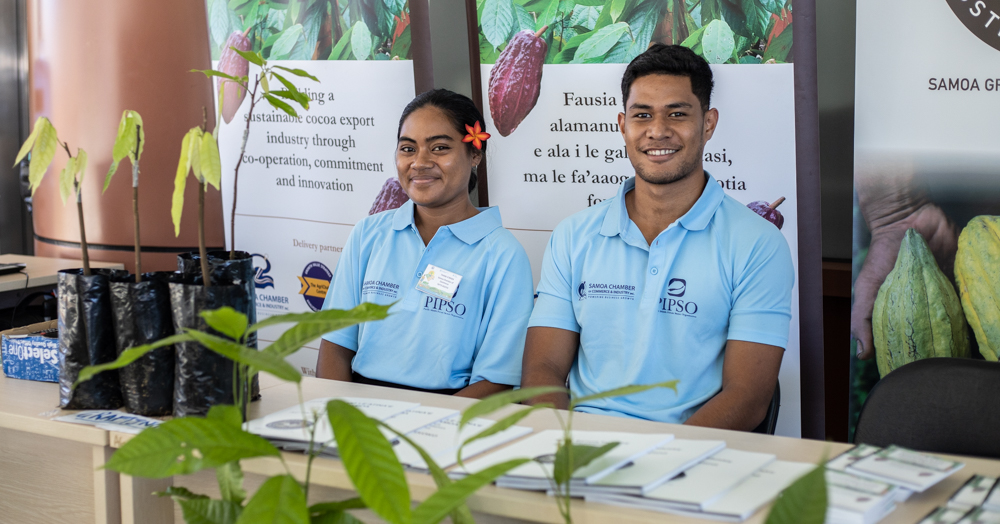 “It is also for the visitors [who] are attending the P.W.A. [to see] what [the] Australia Centre for International Agricultural Research (A.C.I.A.R.) has been involved with and what research we have been supporting in the Pacific,” she said.

Ms. Iga said that their organisation is also involved in other side events during the P.W.A. providing information on coconut, also biosecurity.

“One of the reasons I travelled so far to be here is because this is a week where all Pacific Islands showcase what they have been doing in agriculture and also share experiences and knowledge," she said.

“The P.W.A meeting is significant because it’s focusing on [the] agriculture sector and Pacific Islands coming together and strengthen [and] network within the agriculture space.”

The national facilitator of Pacific Horticultural and Agricultural Market Access programme in Tonga, Paula Mosaati, said that their programme was designed to stimulate the export industry across the region and with help from Australia and New Zealand.

“It is a multi-country programme with offices in Fiji, Papua New Guinea, Samoa, Solomon Islands, Tonga and Vanuatu," he said.

“The programme is designed to support producers and exporters to increase the quantity and quality of horticultural and agricultural exports. Contribute to improved economic growth and rural livelihoods for Pacific people. Facilitate delivery of innovations and instructional changes through partnerships." 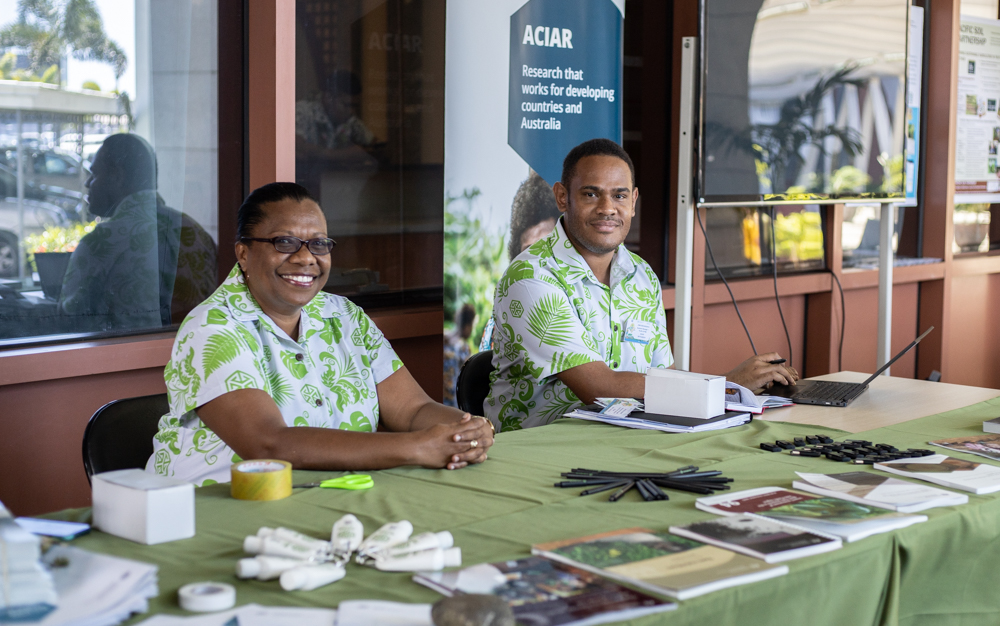 He added that it promotes export of local commodities, handicrafts, agricultural produce, fisheries each of our six countries:

“We are showcasing what each of these countries can offer like kava which has a growing demand, we are supporting countries to have their national standards approved and agreed on so we have Samoa’s ava, then we have powdered kava from Vanuatu, Fiji, Tonga, there is also instant kava and kava chips.

“There are other products like coconut oil and coffee. Showcasing these products is significant because it is evidence of what these countries have worked on which is very competitive and ready to export with the hope to accessing more markets.”

Prince Lima, a representative from Samoa Chamber of Commerce was at a booth that featured cocoa products and information about Samoa Cocoa Industry Development Initiative and Samoa Koko Industry Association.

“We are displaying cocoa that they sell at the nursery Mulifanua. The booth aims at helping local cocoa farmers with information on how to grow the cocoa and also purchase their own right here.

“Cocoa is very important in the world and Samoa needs to develop this field of agriculture to reap its economic benefits and open markets for overseas.”