The survivor who learned to face the cruel sea

Wendy Pearce braves her fears by coming back to where it all happened, Lalomanu, each year, every anniversary. (Photo: Misiona Simo)

At Sunday's memorial services she was the only one of the four who chose to return, as she has for every one of the last 10 anniversaries.

Outside of the Congregational Christian Church of Lalomanu where people gathered to pay tribute to the family members they lost and commemorate the tenth anniversary, Ms. Pearce recalled her experience with the waves.

Three New Zealanders' lives were claimed in the disaster. She describes that September day ten years ago as the worst day of her life.

But Ms. Pearce prefers to return to Samoa every September. She has attended the Sunday service every year, joined the memorial march and thought about those whom she saw pass away.

She recalled a visit to the hospital a few years ago, where memories kept replaying in her head: "I’m thinking, that lady was lying there, that man was lying there; it brought back so many awful memories". 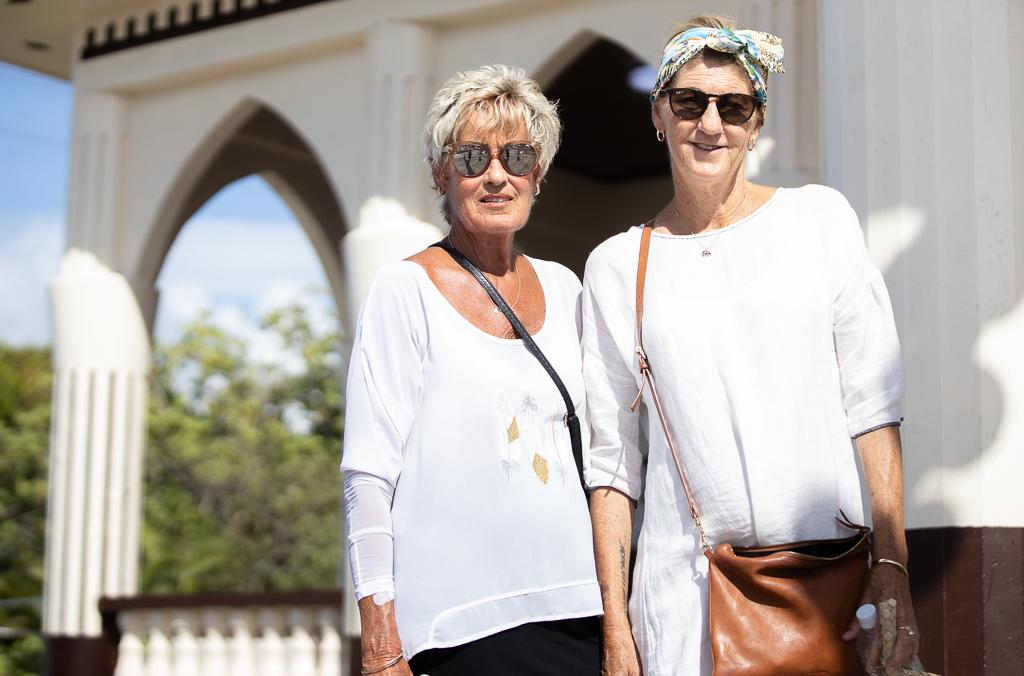 Ms. Pearce thanked the Samoan families who took care of them for four days in the disaster's aftermath before they flew home.

"I was one of the lucky ones and I feel guilty. I was extremely lucky that I had the cliff face behind us that we were able to scramble up and probably the worst day of my life," she said.

"It was like absolute carnage but I was very lucky and I just want to thank the Sini families for looking after the tourists, we were their number one priority.

"Also the Taufua family for being able to shelter in their house and the support all the Samoan people gave us after the tsunami, which will live in our minds for absolutely [for]ever.

She recalls a process of healing upon her return that home was fraught with difficulty.

"When I got home, which was four days later, it was pretty bad because you couldn’t sleep at night because you just had this wave going in your head and you’d wake up," Ms. Pearce said.

"Anyway, there were about six of us from Christchurch so I got everyone together at my place for dinner and we all could talk, because unless you’re in the tsunami, it’s very hard to talk to anyone else that don’t understand.

"So when we started meeting every month and started having a meal together and talking our way through it, got some sleeping pills from the doctor [so] that I have some decent sleep, and when you sleep you operate, because when you don’t sleep, it’s going through your mind."

There is not a day that goes by on which Ms. Pearce does not think about what happened but she says she chooses not to dwell on it. So far, she is no longer afraid of the ocean and has no fear unlike before.

"I’d been here twice pre-tsunami and I knew how beautiful it was; it was my most favourite place in the world and I thought I can’t not do what I love," she said.

"I mean it’s something that’s always in the back of your mind but I can’t dwell on it because I’m out on that beach swimming all the time, I love it, I don’t go out deep though, I always have to have my feet on the bottom so that when there’s an earthquake, I can feel it."

Years after the ordeal, Ms. Pearce says there should be more signage letting people know where evacuation routes are, and with more drills needed.

"We did have an evacuation of Friday which a lot of people just sat there, and I’m like: ‘Come on, if this was real, you’ve got to go’," she said.

"And we went because we know how real it is and they probably should do more evacuations, practice, they need more sign posting here.

"Because a lot of tourists arrive late at night, there’s no sign posting track saying ‘tsunami track a 100 meters that way’; all around the island there should be sign posting [for] evacuation."

For the now 66-year-old, Samoa remains such a special place in her heart that she wants her ashes to be scattered in the sea at Lalomanu.

"It always brings back memories, we come here and look out at the sea and think the sea can be so cruel," she said.