“All the things I have been able to do in the village all started as expressions of support and compassion, the offers of money to rebuilt the village.” (Photo: Aufa'i Areta Areta)
Climate Change

Samoa, especially the south coast of Upolu, will pause to remember and commemorate the 10th year anniversary of the 2009 tsunami on Sunday morning.

Ten years on from the natural disaster that robbed him of his wife and mother-in-law, this year,  Tuatagaloa Joe Annandale is determined to stay in Samoa.

But a decade on, it feels right to stay home, he said.

As one of the matai (chiefs) of Poutasi in Falealili, a village which lost nine people that day, Tuatagaloa has helped organise the first community memorial since the first anniversary.

It will be held in the Memorial Hall, built in honour of the victims.

It was a normal morning. Tuatagaloa and his wife Tuifeamalo Tuatagaloa Annandale were up, praying their morning devotions when their entire house on the shores of Poutasi rocked. 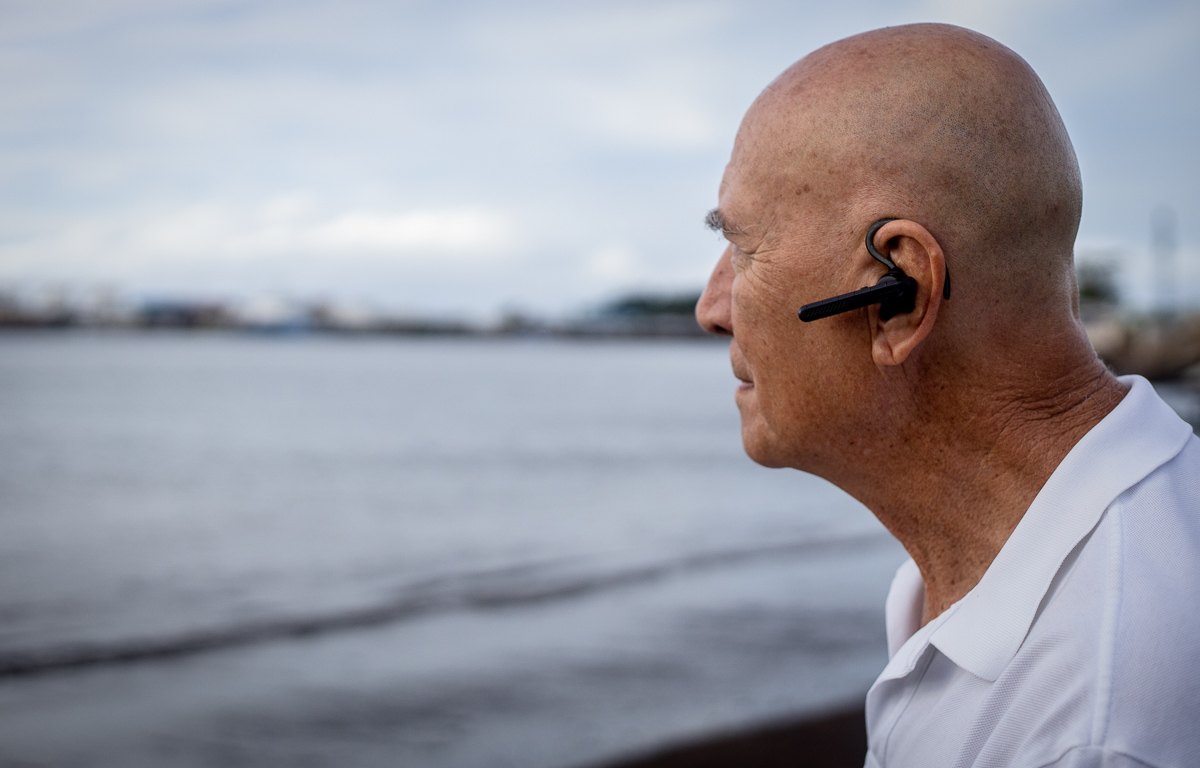 “It does bring tears and a bit of hesitancy in one’s speech, but that is life,” he said, before sharing his story.

When the quake struck, Tuatagaloa went to his mother-in-law’s side. She was 95 and bedridden. When Tuifeamalo went outside, she watched the water getting sucked away from the coast like it was being drained into a sink.

“We then realised it was going to be a tsunami," he recalls

“Very quickly, we got the old lady ready, wheeled her out to the car and got in.”

They drove out of their drive way, and before they had driven even 20 metres, he could sense the wave was close. Tuatagaloa drove behind a nearby house thinking it would take the impact, but the tsunami crashed down and took the car with it, rolling it 300 metres away.

“My mother-in-law was still in the front with me, she lingered on when the car finally came to standstill. It was a miracle I was still alive," he said.

Two boys found them and in a wheelbarrow took Tuifeamalo’s mother to higher ground, and Tuatagaloa began to search for his wife.

“There was water everywhere, destruction. I swam across the river and went to where I left the car.”

A group of boys standing around a tree called him over. One, through tears, told Tuatagaloa what they had found:

“My wife ended up on a tree with a broken neck and a broken back.”

Tuatagaloa and his family buried Tuifeamalo the next morning at 7am. He said the help and support that sprung forth was immense.

His home destroyed and his business, Sinalei Reef Resort and Spa, damaged but not entirely, Tuatagaloa felt overwhelmed.

His mother-in-law, who had initially survived, died in Poutasi hospital of complications, along three other adults and four children who passed from the village.

“I didn’t have a house to go to, I didn’t even have any clothes, but people were turning up knowing I had absolutely nothing, turning up with clothes," he said.

“Still, to this day now I have a friend in Hawaii who religiously travels to Samoa, and every time he travels to Samoa he brings shirts and clothes for me, it’s just a tradition between him and me, bless his heart.”

His family decided he should leave Samoa, and paid for him to travel to relatives in Hawaii and Canberra. Unbeknownst to him, his house was being rebuilt in his absence and, when he returned after Christmas, he could actually return home.

“If you go to my house now you’ll see a lot of the old furnishings from Sinalei that had been hit by the tsunami but had been redone. That was very special," he said.

“One of the single most overwhelming things about the tsunami was the support from outside. Sure, we helped one another, families and friends within Samoa, but the generosity and the compassion shown by the New Zealanders, Australians was just amazing.

“All the things I have been able to do in the village all started as expressions of support and compassion, the offers of money to rebuilt the village.”

Some of that support came from the Surf Travel Co., a keen group of surfers who had been in Poutasi before. They rallied young construction students from the Randwick T.A.F.E. (a technical college in Sydney's east) to come and rebuild Sinalei Resort in 2010. They have raised funds for Tuatagaloa and his projects ever since.

This year is the first year he has missed their annual fundraiser in Australia; he usually escapes to around the anniversary every year.

To manage the outpouring of support, Tuatagaloa established the Poutasi Development Trust, which would manage and oversee the funding coming into the village.

It has carried on to this day and is responsible for the building of the Memorial Hall, the Arts and Crafts Centre, vegetable gardens, the seasonal workers programme all have roots in money trying to help Poutasi recover.

Ten years on, there are new projects under the trust bringing employment, money and innovation into the village.

“I think for me that time has gone very quickly because I think I have just gotten on with it," he said.

“Because I have been so preoccupied with what is happening in the village, time has flown.”

Tuatagaloa said he has dedicated himself to community work since the tsunami because he believes that is the reason he was spared:

“I take very seriously the fact that I survived," he said.

“It became very clear to me it is about helping the community be more better off."

“We are trying to develop a generation of people that are more health conscious, better prepared for the future, providing employment opportunities with the belief that without an income there is no hope.”

A strong family support system can only go so far, though it has been a necessary safety net for unemployed people.

But Tuatagaloa wants his village to stop relying on families outside Samoa to send remittances to fund basic necessities.

The western world where that money comes from is becoming more difficult, he said, and that money is less easy to come by:

“Our families living overseas, they have challenges of their own, without having to worry about supporting their families back here.”

Some parts of Poutasi have not been rebuilt since the tsunami. Old sites in the old village by the coast are still empty, their walls and windows long cleared away.

In the new village further away from the sea, the malae (village infrastructure) structure was disrupted and has not been replicated.

The centre, the chiefly homes and the cricket pitch are not quite where they should be, but the social and cultural structures have remained intact, Tuatagaloa said:

“The meetings, the protocols, no one can ever change that.

The conches will continue to blow, he said:

“You change all of that, what is there?”