Members of the public will have to readjust their time this week for Daylight Saving Time change (Photo: Vaito Asuisui Matafeo)

Samoa will observe daylight saving for the tenth time this Sunday.

But the adjustment has had very little impact on people’s daily lives, in terms of utilising the extra hour of daylight.

The idea behind the initiative implemented by the Government in 2010 – through the Daylight Savings Act 2009 – was in response to addressing a worldwide crisis at that time in fuel and food price increases.

The Government at the time stated the need for the readjustment of time to enhance energy efficiency, boosting leisure activities, promote public health and increase economic growth.

Despite statistics showing that the gross domestic product for the country has risen over the years, members of the public feel the change has had minimal impact on their lives and businesses.

However, G.D.P. gradually increased since the introduction of daylight savings as well as Government debt that stood at $585.2 million in 2009 and ballooned to $1.1 billion in 2018.

Being in charge of several businesses from bus companies to petrol stations, cattle farm and quarry, Aiono said the only benefit from daylight savings is more time to exercise.

“To me the change in time (daylight saving) is good because the workers will get off early especially those that live far away,” he said.

“Daylight saving allows me more time to take a walk after work and it’s better that way. But it hasn’t had any impact on the cash flow (for the business).”

This Sunday the time change will see the clock spring an hour forward to mark the tenth anniversary for Daylight Saving Time (DST) in Samoa.

But even if the Government did intend that ‘more sunlight’ would boost the local economy and promote public health amongst other reasons, the perceived benefits ultimately depended on the individual.

Aiono emphasised that change can be good but if people do not make use of the extra hour of sunlight – nothing will eventuate.

“Daylight saving or not – it hasn’t changed me and I can assure you it will not change people and their lifestyle,” said Leaana.

“If you were born lazy then the daylight saving is of no use to you because you finish work early and you go home and sleep.”

Having worked for a hotel and being a fisherman in the past 20 years, the farmer said Government employees are only happy to get off early from work.

“Speaking from experience I know workers are only happy to get home early, but don’t really make use of the daylight,” he said with a grin.

“That is reality and I know because I have been there. But to answer your question, it hasn’t changed my way of living, the money I make or anything for me.

“I wake up when I want to wake up to go to the plantation and I rest when I want to, and it has nothing to do with changing the time.”

A mother who also sells vegetables at the Fugalei market, Eseta Faoa of Sinamoga, also shared her view on the issue.

One of her sons takes a taxi every morning to school and daylight savings has not disrupted her daily routine in the past five years.

“To be honest the change in time doesn’t bother me and how I had lived my life in the past years,” she added.

“But it has occurred to me that if we need it as it hasn’t impacted me in any way.

"The Government did say it will give us more time to work the land, but to me going to the plantation depends on my mood of the day and daylight saving does not determine that for me.”

Attempts to get a comment from Acting Chief Executive Officer for Ministry of Commerce Industry and Labour (M.C.I.L.) Ioane Faalogo on Wednesday were unsuccessful.

Samoa Chamber of Commerce C.E.O., Lemauga Hobart Vaai, was also contacted for a comment. He said Chamber will provide a response next week after it gets feedback from its members.

The Government has warned that the loss of Samoa’s terrestrial biodiversity is worsening despite the progress that is being made in achieving most of its environmental goals. 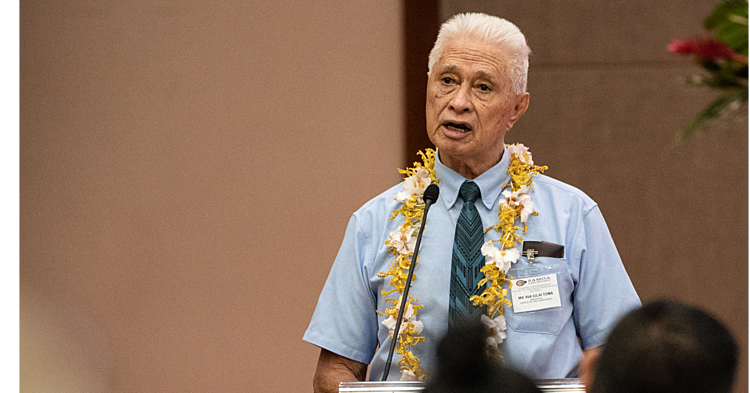 Victims of sexual assault should not be blamed for a perpetrator’s “hideous acts”, says Ombudsman and head of the National Human Rights Institution Maiava Iulai Toma. 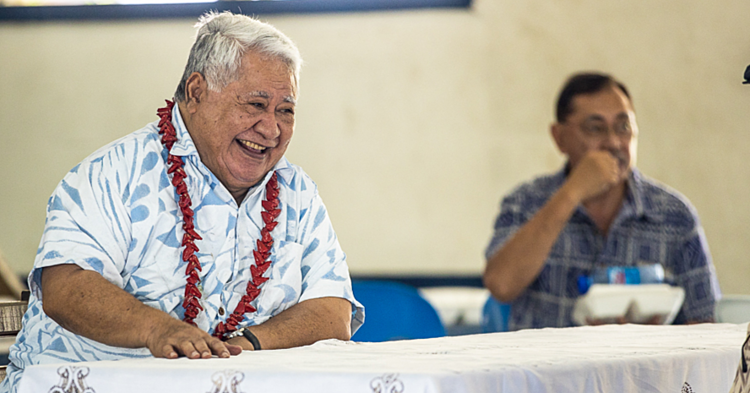 Prime Minister, Tuilaepa Dr. Sa'ilele Malielegaoi, has been unanimously reappointed to lead the Human Rights Protection Party (H.R.P.P.) into next year's General Elections. He has also confirmed his candidacy for constituency of Lepa, saying his constituents made the decision last weekend.