Hollywood actor and stuntman, Sala Baker, is in Samoa.

He has returned to begin work with the Samoa Tourism Authority (S.T.A.) to promote tourism as one of its Ambassadors.

The 43-year-old Sala – who has had supporting roles in blockbuster movies such as the Lord of the Rings, Pirates of the Caribbean and the Chronicles of Narnia: The Lion, The Witch and The Wardrobe – has Samoan heritage and yearned to visit the homeland.

That dream came true when he flew into Samoa from New Zealand with popular Samoan musician, Bill Urale, who is better known by his stage name, King Kapisi.

The S.T.A. is expected to announce the launching of a major tourism campaign and will unveil the two popular Samoans as tourism Ambassador for the country.

There are also plans to get Hollywood actors of Samoan heritage and overseas-based Samoans to return to the island to learn their roots and give back to their communities.

Sala said one of his long-term goals was to visit Samoa to trace his Samoan roots, which ensured he held his own while in Hollywood.

He wants to tell Samoan children that they can have similar opportunities if they work hard. 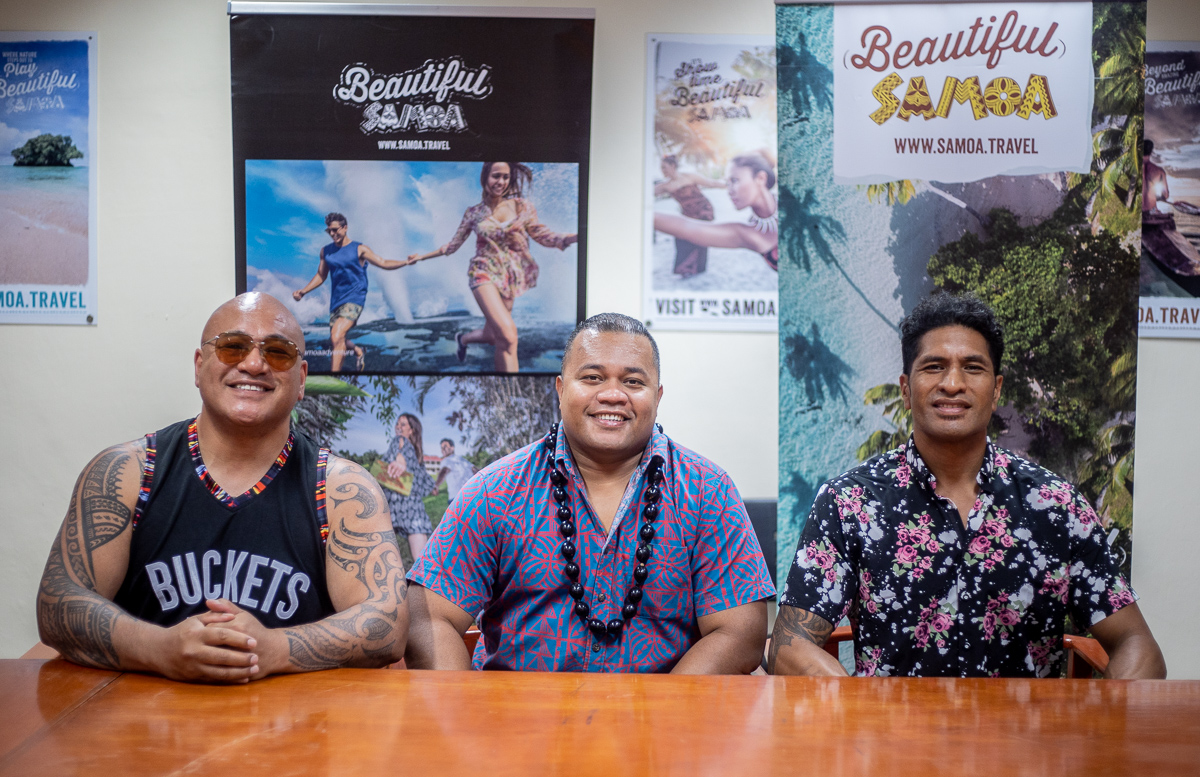 On his next visit to Samoa, he said he wants to hold workshops for the children and coach them how to become actors.

"The way the life is in Samoa is very simple because you take care of the land and the land takes care of you,” he said.

“And so for me, this is a beautiful homecoming because I get to find out my real roots here in Samoa so that I know who I am."

While fighting back tears of joy, he said: ”The reason why I'm crying is because I finally know who I am. I'm Samoan from here and it makes me happy especially I'm here with my mom.”

Sala is from the villages of Luatuanuu and Eva, and after experiencing life in his villages even if it was for a short while, he said he is proud to call himself a Samoan.

“It’s my first trip to Samoa to see my parents nu'u (villages) and it was really emotional because I got to see how and where my mom and dad were raised in a simple life," he added.

“Because being raised in Porirua in E.F.K.S (Congregational Christian Church of Samoa) Ketesemane, my dad’s family all came over to Porirua to all have a better life for us but what's amazing is.

"If I come back to Samoa, this is my home and this is where my ancestors are from, my parents and it makes me happy to be here because we all look the same and everyone is speaking in Samoan." 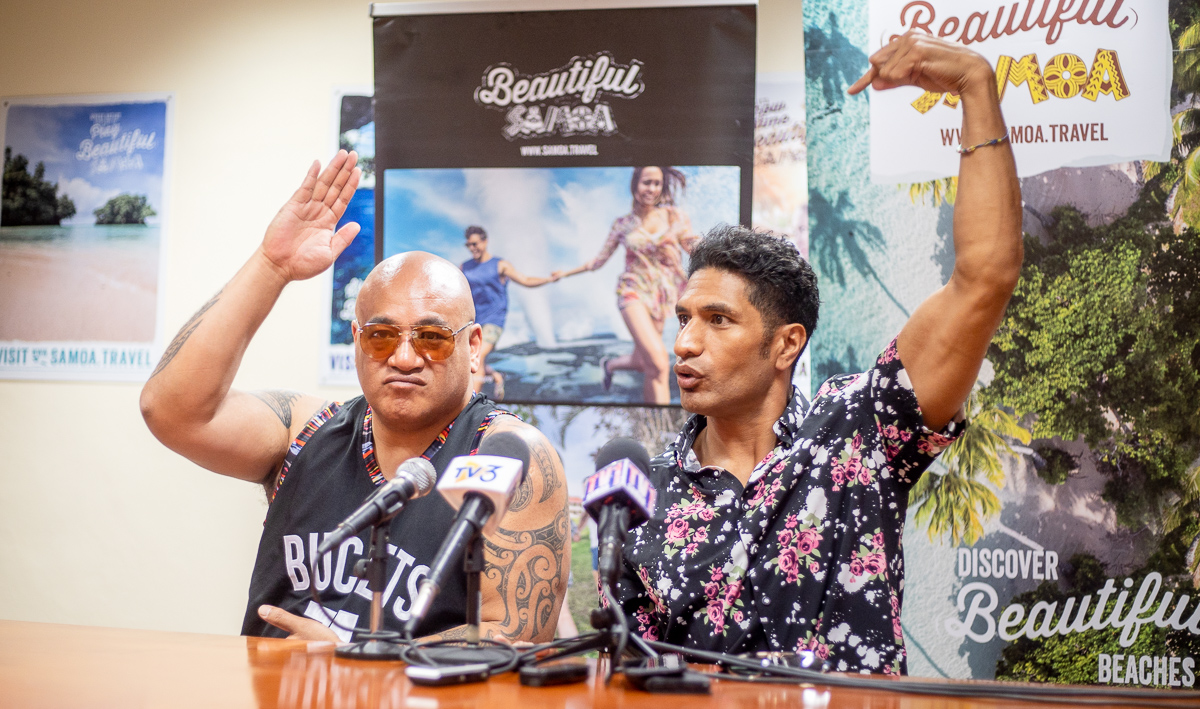 And while he was brought up in New Zealand, him and his 11 siblings were brought up in line with Faasamoa (Samoan culture) by his mother, Lauifi Atilua Baker Tofete.

“Thanks to my uso (brother) Kapisi for bringing me home and it makes me want to come home more because I want to help our people here by telling everyone that all our kids here can do what we do,” Mr. Baker said.

“We just got to work hard and we can all do it because we are all talented and naturally gifted because we had nothing, we were born with nothing and we make up stuff out of nothing and that’s why I love our culture and Samoa because we use the trees, we use the popos (coconuts), we use the ground, we use the vai sun and everything so it lets me know our people can do anything.

“So that’s why we're here to help Samoans come home from Australia, New Zealand and America to help them come back home and see the roots of our people.”

Mr. Baker has worked on 240 movies and assorted TV shows including a couple with Seiuli Dwayne Johnson – he did a Siva Tau for Seiuli for the opening of the MTV movie awards. According to the star, there were a lot of TV shows and movies that cast Polynesians in them. 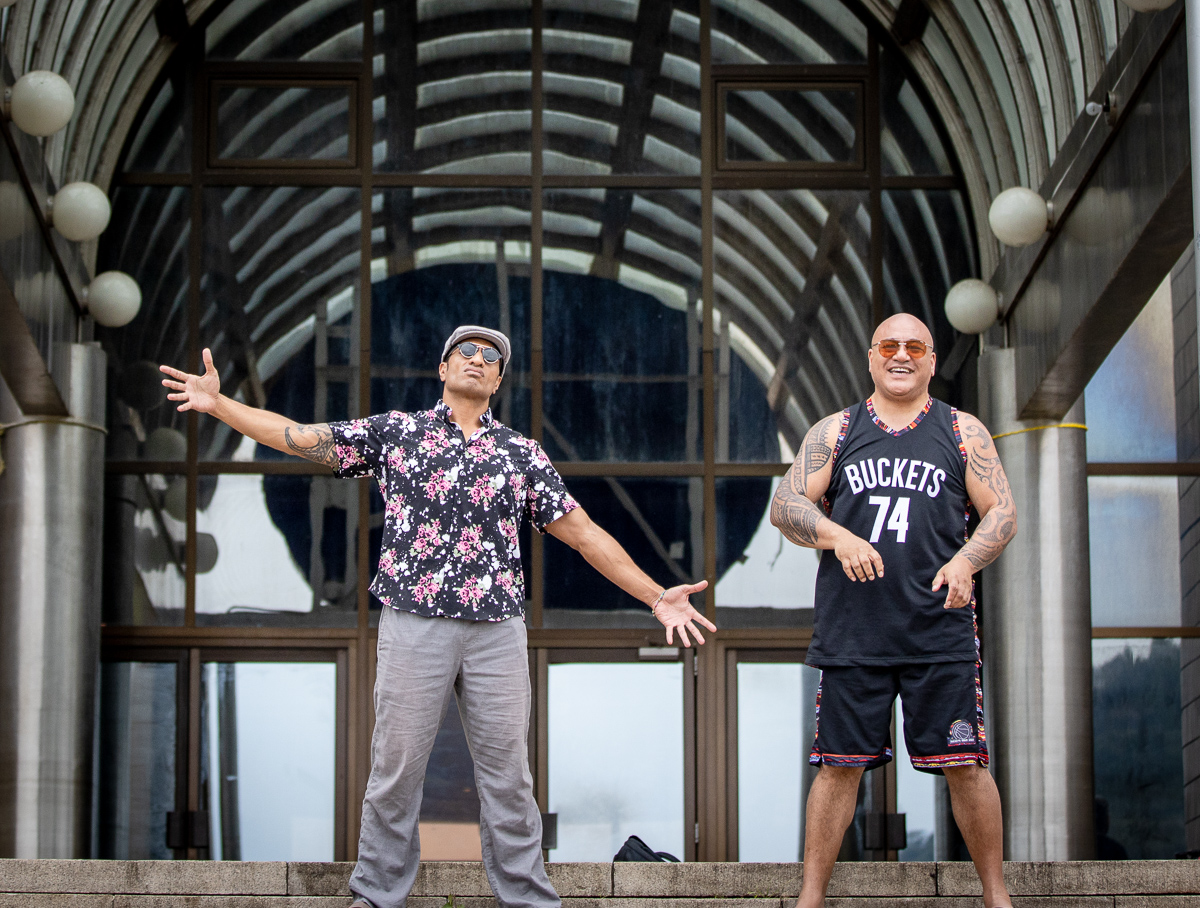 On Seiuli promoting Samoan culture on the big screen, he said: “I’m Samoan and this is my culture and this is who I am, let Samoa know and let everyone out there know that anyone can do it.

“It’s not just me or anyone of the Samoan stars but it’s that – we tell our kids that we can all do it. It’s that it comes with a little bit of hard work and that’s for all of us.”

For Mr. Baker, he said working on big budget movies and showing his Samoan heritage made people go "wow".

But one of his goals of coming to Samoa is to let the people know that it’s not just him, but everyone is talented in their Samoan ways because they were raised with nothing.

King Kapisi, 45, was born in Wellington, New Zealand and said the most important thing he wants to remind of is that majority of people haven't been to Samoa.

“So what we're trying to show to the Samoans out there is that when they're born overseas, disregarding your age, you can always return to Samoa because when I was 7, I came back to Samoa and I was very shocked because to be honest," he added.

"I thought I was a Maori because in New Zealand, we talk in Samoan in our family but outside is mostly Maori.

“So since then when I came back to Samoa, everything about my music is always about bearing our Samoan flag and trying to put Samoa on the map and that’s what matters the most to me.”

Contributing to the reduction of domestic violence, Mr. Baker is always known to be the villain in most of his films, but used the occasion to remind everyone that violence is only part of his work but "who he really is as a Samoan" is the most important. 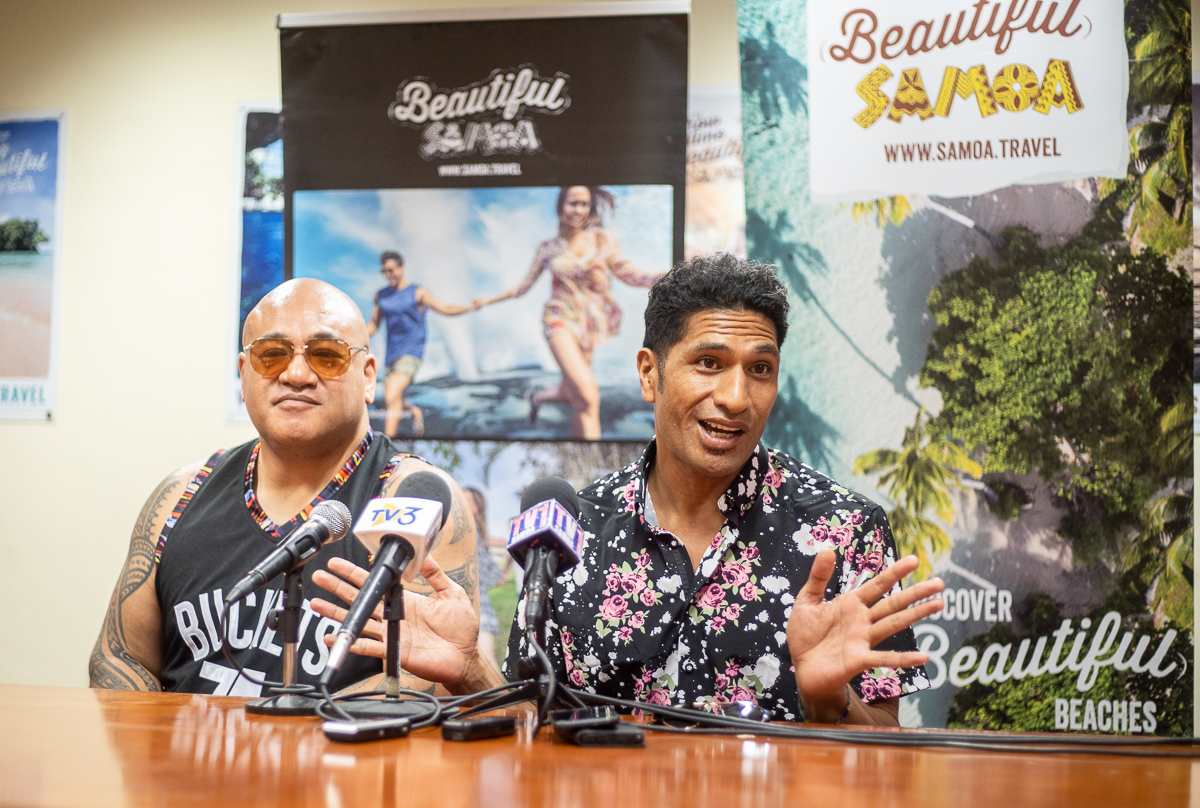 This is also why he came to Samoa to inspire his Samoan viewers to have a different perspective on violence on the big screen and to acknowledge that it is part of his hard work.

"I keep telling everyone that that is not me in the movies. The real me is a simple Samoan guy outside the screen but to look at violence that way, it's considered my hard work and that's why I encourage our young Samoan children that hard work is needed to get to where we are and they can do it," he said.

The two proud Samoan stars are looking forward to interacting with children on their next trip to Samoa and will be touring the country with the S.T.A and connect with the country as much as they can.