Fidow talks about his uso Matavao, and their Manu journey

Manu Samoa winger, Ed Fidow, is taking it upon himself to look out for halfback, Melani Matavao, the one local Samoan player in the World Cup squad.

The pair have been roommates on the last few Manu tours, and are practically inseparable once again in Japan.

Fidow, 26, thinks the reason they get along so well might be their similar backgrounds, having both grown up in Samoa:

“That’s what makes us a little bit more close," he said.

Fidow said he and AJ Alatimu are trying to bring Matavao out of his shell a bit by making him speak only English one day each week.

Fidow, who is from the villages of Paia, Nofoali’i, Falelatai and Lalovaea, was born and raised in Samoa.

He grew up in Lalovaea before the family moved to Auckland when he was 15.

Fidow only started playing rugby in his last year of high school in 2012, but worked his way up the club scene in Auckland before coming over to Samoa for the Marist International Sevens Tournament.

He must’ve made an impression, because he earned selection for the Manu Samoa 7s in 2016, and was part of the team’s failed bid to qualify for the Rio Olympics.

Fidow, who last played for the Manu 7s in 2017, said he misses the truncated version of the game:

“That’s how it all started for me, how a lot of doors opened as well.”

He said he would love to be part of another run at Olympic qualification, but that depends on the situation with his new club Worcester. 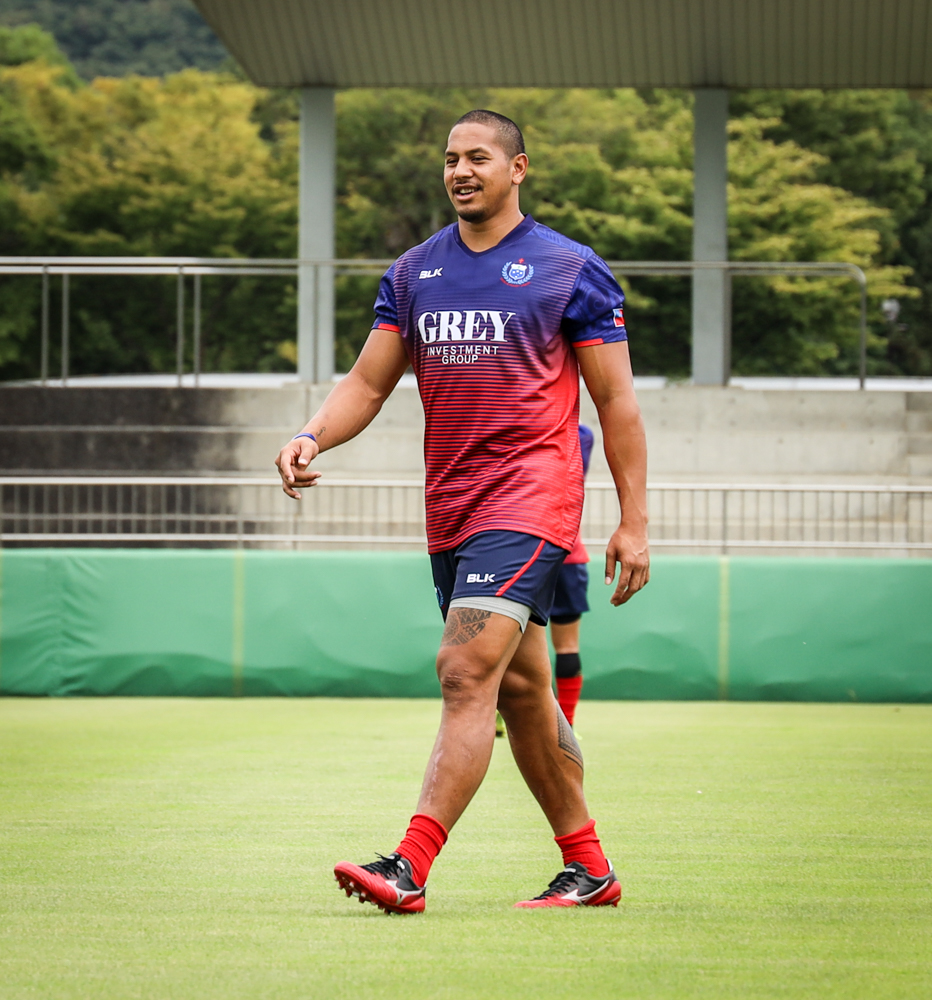 Having been left out of the Manu Pacific Nations Cup squad, Fidow got to have five weeks of preseason training with the Warriors.

“Got to know my new teammates before I came here,” he said

“Then when I go back I don’t have to be the new kid in school!”

Fidow isn’t the only Samoan outside back Worcester recruited for the 2019/20 season – they also signed former Blues fullback and winger Melani Nanai.

The internationally-uncapped Nanai, a former Samoa U20 player, appears to have been unavailable for the Manu’s World Cup campaign because of commitments to Worcester and New Zealand Rugby.

“I actually had a few talks with him about if he’s going to come or not,” Fidow said.

On the bright side for Fidow, his new teammate’s absence from Japan means one less outside back to fight with for a spot in the team.

A starting berth against Australia in Samoa’s final warmup game would appear to put him in position to play a big role at the Rugby World Cup.

“I hope I did enough to own the starting spot for the first game coming up against Russia,”

It’s Fidow’s first World Cup, and his first time in Japan, and he said it means everything:

“This one is for, especially my parents, and everyone that helped me to get here.”

The winger said he is still trying to get his head around making it to the tournament:

“There’s no other level after this.”

He’s bit of a fan favourite in the team, but Fidow is reluctant to take credit for that:

“I think that comes down to the jersey I’m wearing, number 11, there’s some big names and big shoes for me to fill.

“I’m just happy to be doing what I do, and people are happy and supporting.”

He said the fans push the team higher:

“We all know what Samoan fans are like, they’re pretty hard people to please!

“But I’m sure everyone in Samoa knows how grateful and blessed we are to have the support and everything.”

Fidow asked the fans to keep praying for the Manu, because they are working hard to get the best possible results for them and the country.

“Put us back on the map and make some history,” he said.