Raising public awareness of the link between energy efficiency and the phasing out of hydrofluorocarbons, the chemical compounds that contribute to global warming, was the aim of a World Ozone Day event on Monday.

Hydrofluorocarbons (H.F.C.s) do not deplete the stratospheric ozone layer but they are very potent greenhouse gases that contribute to the warming of the earth's surface.

Ulu Bismarck Crawley, the Chief Executive Officer of the Ministry of Natural Resources and Environment (M.N.R.E.) gave a keynote speech in which he declared Monday an occasion for celebration.

“There is so much to celebrate this year with [this year's] theme: ‘32 Years and Healing’,” he said.

“This marks more than three decades of individual and collective actions taken by governments, scientists, industry, private sector, non-governmental institutions and citizens of the 198 parties to prevent the ozone layer from depleting.

“These actions have reduced cases of skin cancer cataracts and immunodeficiency in our populations, preserved or enhanced agricultural production and reduced damage to wildlife and ecosystem.”

Schools were invited to join the occasion at the TATTE building in Apia.  Educational programmes and activities offered lessons on the origins of the ozone layer issue and the science behind it. 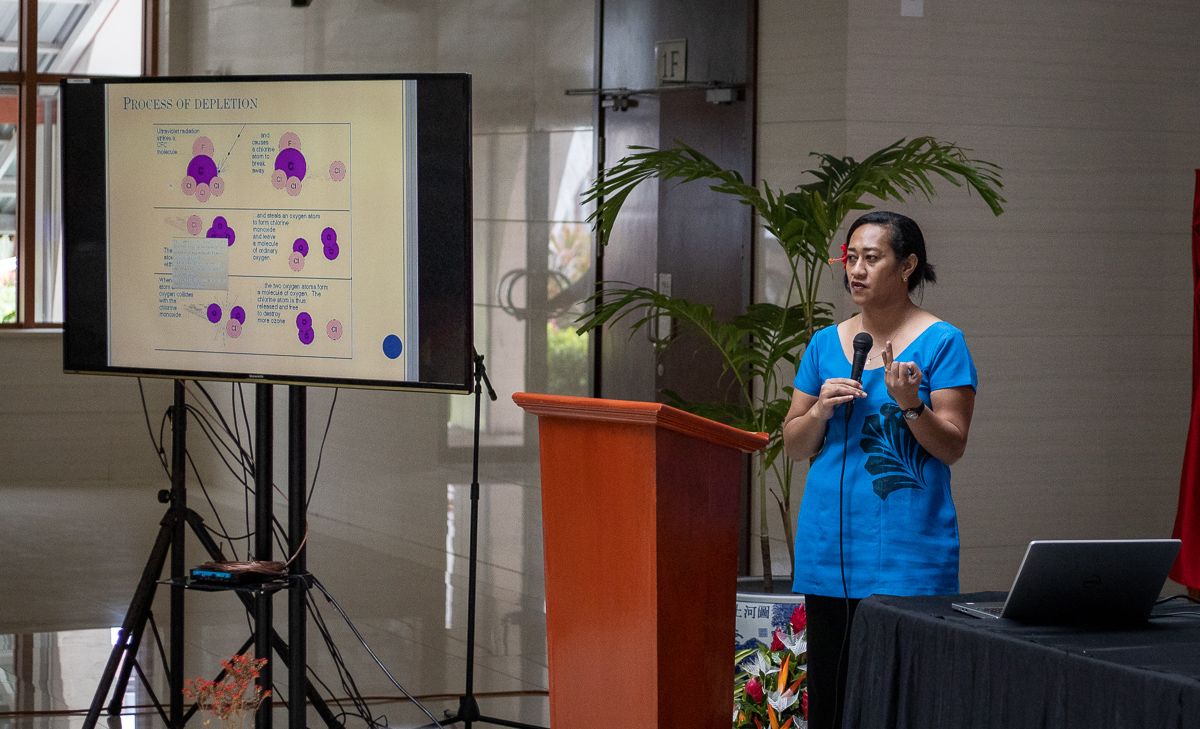 The treaty is credited with saving the ozone from what appeared to be certain fast depletion. To date, parties to the Protocol have phased out 98 per cent of ozone depleting substances globally, compared to 1990 levels.

These reductions notwithstanding H.F.C.s continue to pose a threat to the climate. According to the United Nations, uncontrolled growth in H.F.C. emissions challenges efforts to keep the forecast rise in global temperatures at or below 2°C this century.

“The Montreal Protocol has taken up another task to further emphasise its contribution to protecting life and the environment with the Kigali Amendment, to phase down HFCs which came into force on 1st January this year, 2019,” said Ulu.

“This amendment can avoid up to 0.4°C of global temperature rise by the end of the century, while continuing to protect the ozone layer.”

Samoa shows rapid growth in built infrastructures and its economy that demands the consumption of resources and energy, Ulu said.

“Likewise, the Refrigeration and air conditioning Sector can [contribute...] up to 60% electricity demand," he said.

“Therefore one of the highest Government priorities at the moment is building the capacity of our refrigeration and air conditioning technicians.” 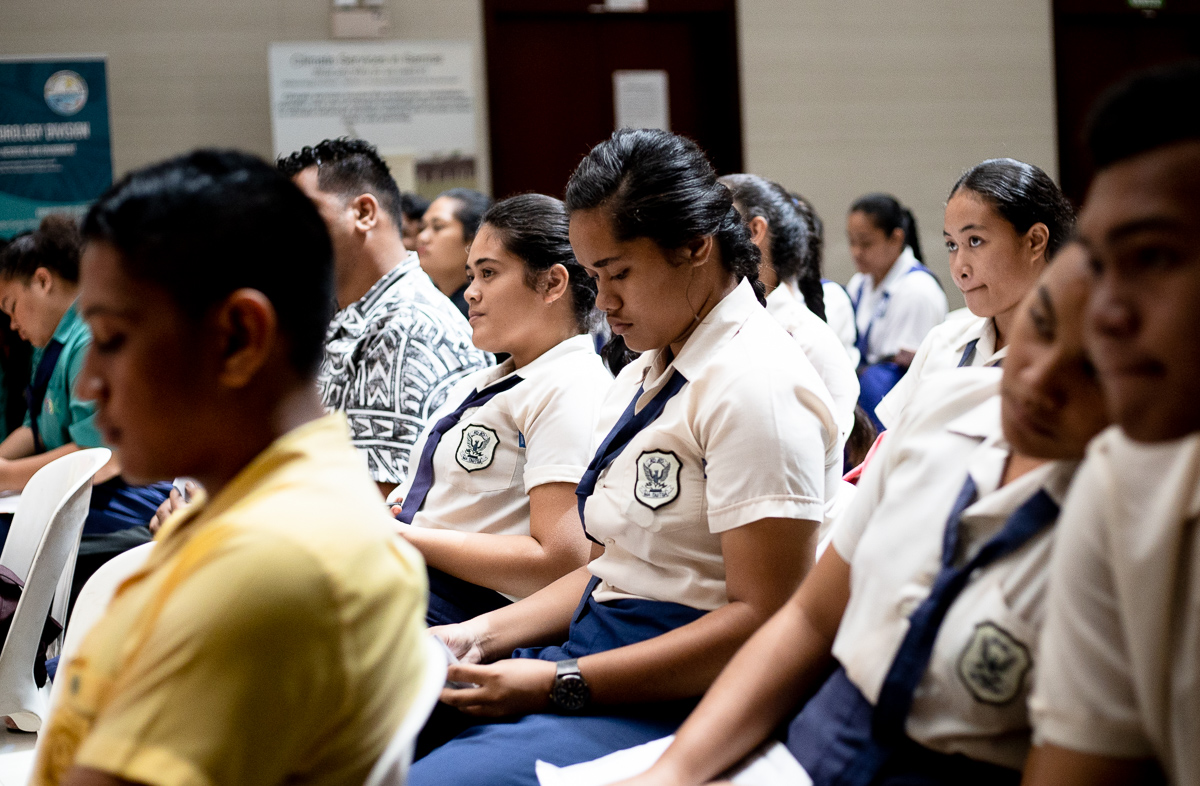 “When we were talking about appliances and its everyday uses we didn’t realise how much it affected or ozone and it also keeps us vigilant about the effect of what it does and that it affects us and the generations to come and this programme is really interesting as well like the Montreal Protocol,” said the 17-year-old.

“I know it has been said often but we don’t take it into account [seriously] and this day especially is very interesting for us especially [the] young[er] generation.

“So that as we grow and take this specific topic further in our studies we’d know more and we’d understand how to prevent things from happening and also to better our world and help those who are struggling and under developed.”