The Manu Samoa’s community engagement campaign in Iwaki continued on Friday morning, with the team having an open session with local fans at Iwaki Green Field.

The team had a light throwaround before inviting local schoolkids and rugby players onto the pitch to play with them.

There was plenty of fun to be had, with the players and coaches fully engaged with the children and signing plenty of autographs. 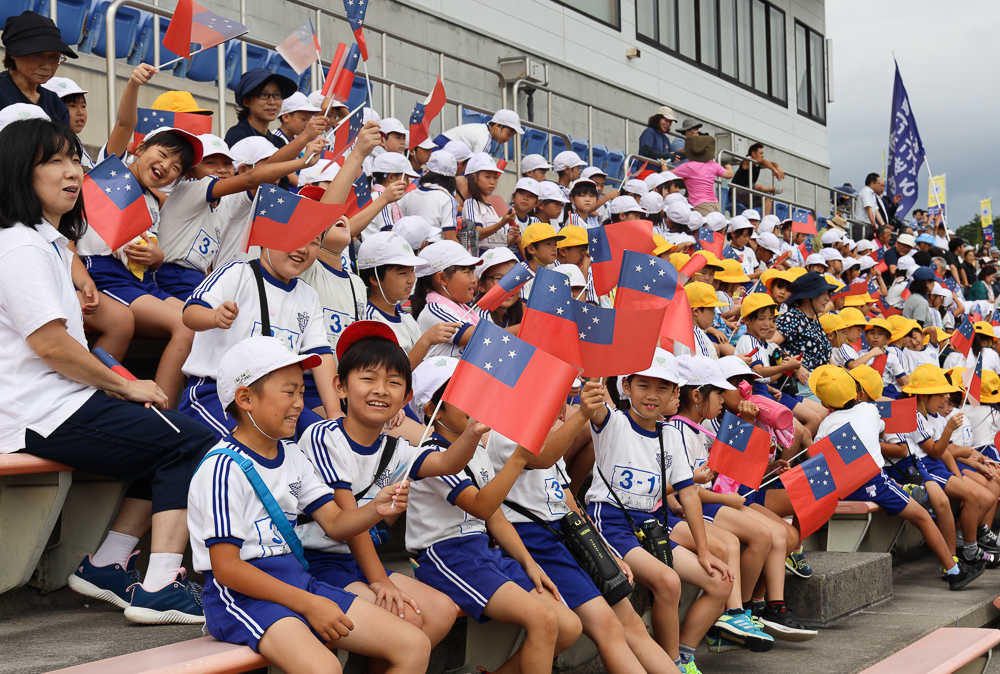 Manu Samoa assistant coach, Tuifaasisina Alistair Rogers, said they wanted to make the most of their first few days in Japan:

“We wanted to engage with the community here in Iwaki, it was really important for us.

“To visit the schools, get around as much as we can and have a good presence here.”

He said it was especially necessary given the historical partnership between Samoa and the region; Samoa sent disaster relief to Iwaki in the wake of the 2011 earthquake and tsunami.

“We needed a couple of days to just put rugby aside,” Tuifaasisina said.

But they’ve still squeezed a couple of trainings in between the cultural exchanges and ceremonies.

“Just to get the guys acclimatised to working hard…, we’re into the big stuff next week.”

He said their time in Japan to date has been fantastic:

“I think the boys are settling in really well.

“They’re certainly excited to be here.”

Manu first five Tusi Pisi is one player who has really enjoyed the last couple of days in Iwaki:

“When we’re doing community work it’s really important to us, to mix and mingle with the kids and  supporters, then when it’s time for us to work and train, obviously we’re serious about that.

He was very thankful to the fans who took the time to come out to Iwaki Green Field:

“Hopefully we can repay them by getting to that quarterfinal and semifinal, and putting on a showcase.”

The Manu have two more days in Iwaki before travelling to Yamagata on Sunday, where the Rugby World Cup campaign official begins with a camp prior to the opening game against Russia in Kumagaya on September 24th.