A cocktail competition was held on Wednesday to seek out the 29th Teuila's best cocktail.

The competition came down its third round with Schwenke, from Tuana'i and Falelatai, head-to-head with a competitor from Return to Paradise who stirred up a cocktail called, 'para orange'.

Schwenke, who was given 15 minutes to present his drink, danced even before the timer had started, while he was preparing and shaking up his final cocktail mixture.

The result, Schwenke said, was inspired by customers at Sheraton Samoa asking for fresh juice, which is what his cocktail process starts with: freshly hand squeezed orange and pineapples.

For presentation, he starts with the Grenadine Rose, topped with some Ice; shaking the five alcoholic liquors and then adding two 60ml shots of pineapple.

The shaken mixture of five combines to an organise colour to which the freshly squeezed orange juice is added, he said.

Schwenke also revealed why he chose Le la goto (the setting sun) as the name of the cocktail.

"And the way I chose the name of this drink is because our workplace, the Sheraton Beach Resort is where the sun sets. So that’s why I chose the name ‘Le La Goto’ because I know that’s something special about the Resort.

"Everyday about 7 pm, tourists love to come take photos of the sunset at the Resort, and that’s why I chose that cocktail to represent our hotel."

"This competition is the first of its kind for me to take part in for Teuila, especially a competition to do with bartending," he said. 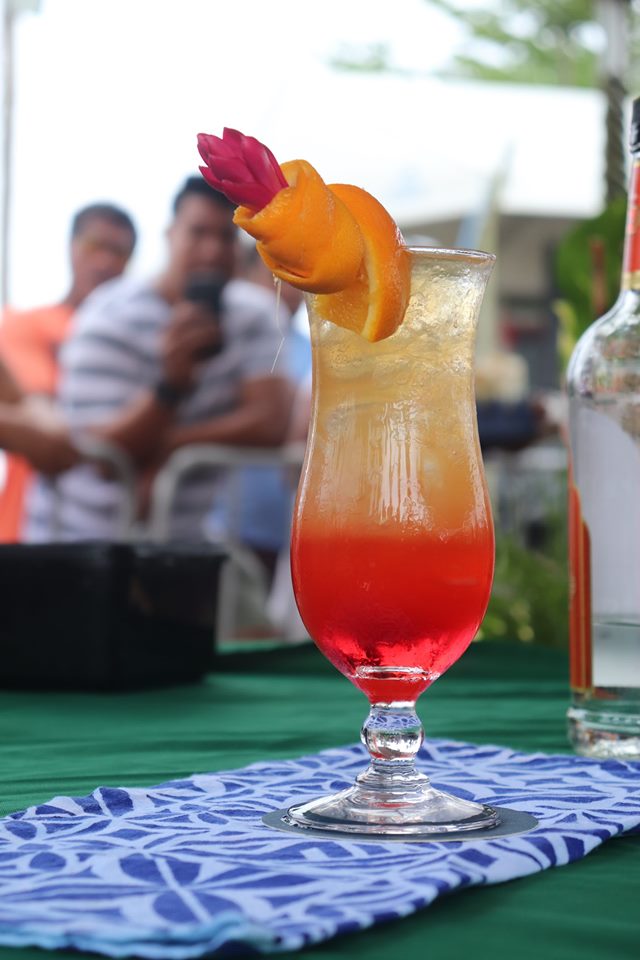 "I thank the Lord for his help and encouragement for each and every one of us who competed, our company and their support, as well as families who came all the way to watch; now it has been successful and nothing was in the way during the competition on that day," he said.

Schwenke said the competition was Le la goto's debut, saying he has never made Le la goto to be served in the resort before.

"The cocktail I presented on the day, I have never done it in the hotel before, this is the first cocktail of its kind I made on that day, and most of what is on our menu are easy drinks," he said.

"But the reason I chose the five alcoholic strong liquors to bring out the most of the judges’ taste buds in one drink, I wanted them to taste all the five in one drink, because I believe that’s the beauty of a cocktail.

"That’s the most important thing to me in performing my job, I always need to smile, because our customers in the resort are usually from New Zealand and Australia, they are also here to witness what kind of skills Samoa possesses.

"And I believe what I did on that day was statement to our tourists that Samoa can also provide what is offered overseas as they so often put on show overseas and that’s what motivated me to be in the competition and make a change." 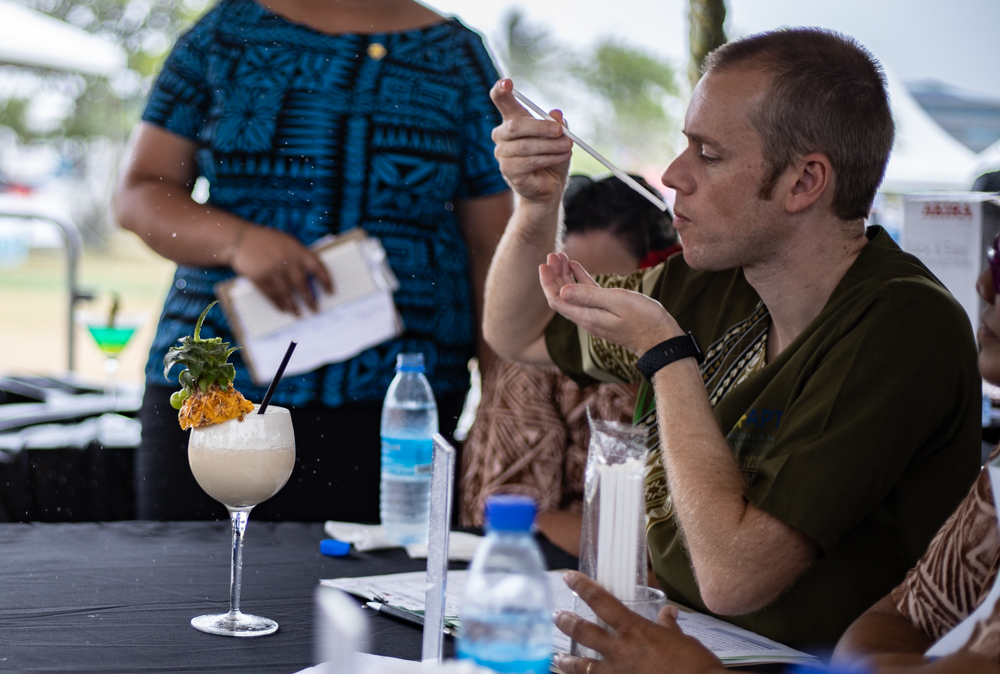 The best cocktail mixer for this year's Teuila Festival acknowledged his supervisor, manager as well as his family for their support

"I thank my boss - he’s a Filipino - for his knowledge and sharing it with me as well as helping me in carrying out my job in the hotel. I also want to thank our whole company from the Manager to the different levels of management and staff.

"I thank my families for coming and my families overseas for texting and wishing me luck."