Advocating for gender equality in Samoa is the top priority for the only locally-based contestant in this year’s Bluesky Miss Samoa Pageant, Tofaga Filifili.

The 20-year-old was born in Samoa to parents Me Ioane and Vise Filifili, from the villages Mulifanua and Fuailolo’o.

“Gender equality was born out of rising issues concerning discrimination and violent treatment of women in the past centuries which led to the establishment of the Convention of the Elimination of all forms of Discrimination Against Women,” she said.

Ms. Filifili noted that Samoa was among the first Pacific Island countries to ratify this convention in hopes of addressing rising cases of gender inequality in our nation.

“Governance, social development and economic empowerment are some of the issues that are visible in various forms of our development," she said.

“The representation of women in the political arena and decision-making roles is one of the [most pressuing] issues relating to governance.

“And some of the barriers contributing to this include but not limited to: low interest of women in participating in these role and limitation [or] bans on village laws concerning matai titles for women.”

Ms. Filifili identified a range of issues stemming from gender disparities which she said were holding back social development, such as: domestic violence, and sexual and productive health, women's health and education.

“Some of the barriers in economic empowerment affecting equal employment opportunities for women include balancing their social roles and family obligations and their capability to handle male dominant roles [and] jobs like careers in maritime, the police force and carpentry," she said.

“But with all these issues the Government of Samoa has addressed through formulating its National Policy on Gender Equality.

She said she was highlighting the documents because they are designed to support Samoa's vision of promoting a peaceful and healthy society that is free of discrimination and inequalities.

“Although we may have all these regulations and policies to address issues in gender equality, the golden rule and best policy of all times is drawn from Mathew 7:12: ‘In everything therefore, treat people, the same way you want them to treat you. For this is the law and the prophets.”

Ms. Filifili is a Property Officer. She completed a general certificate from the University of the South Pacific after graduating from The Church of Jesus Christ of Latter-day Saints Church College. She is sponsored by local company House of Gold. 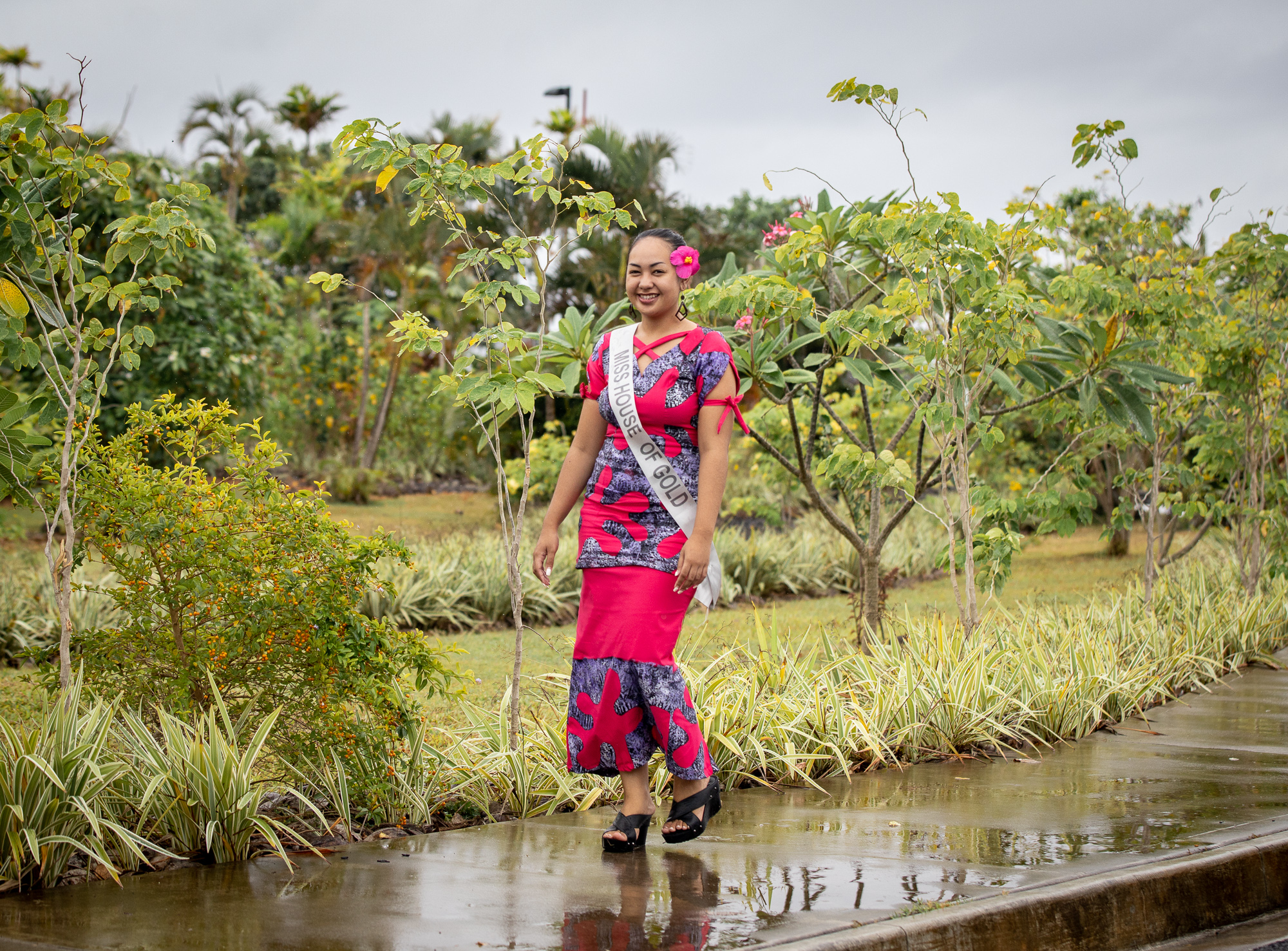 “I joined the pageant because I wanted to give back something to our people and I believe the pageant is a platform that helps me serve our people," she said.

“I feel very blessed to be the only representative and yes the pressure has been put on my shoulders but it will give me the boost to fight as much as I can for our supporters and families.

“The advantage of me being the only local competitor is that I was raised in Samoa and I have a fair understanding of what our people is going through.

“My motivation is my family they are my strength when I face so many difficulties.

“I advise all the local girls to join the pageant because it is an opportunity for their voices to be heard and make a difference and to please keep in mind that it’s not just a beauty pageant it is more than that.”

Her hobbies include: reading, basketball, volleyball, singing, dancing, and cooking.